The Valkyrie AMR Pro is a car designed around the principles which the company hopes the future LMP regulations are based, as Aston CEO Andy Palmer has explained to DSC on multiple occasions.

The full technical specs of the car are not available just yet. However Aston has revealed that the car weighs 1000kg, and is capable of generating more than its own weight in downforce.

In addition, calibration changes to the 6.5-litre naturally-aspirated V12 engine’s emission control systems and re-programming of the Energy Recovery System have resulted in a combined power output of more than 1100bhp, and a car which is still capable of hitting 225mph. “The Aston Martin Valkyrie road car draws extensively from the knowledge I have gained during my career in Formula One, but the AMR Pro version has allowed me to work beyond the constraints of road legality, or indeed practicality! We’ve told a few of its secrets, but by no means all. I will leave it to the public to ponder the lap time predictions. Suffice to say they’re quite impressive.”

Andy Palmer added: “Anyone who knows me will tell you I’m a true racer at heart, so to see the track-only Aston Martin Valkyrie AMR Pro together with Aston Martin Red Bull Racing’s Formula One and Aston Martin’s World Endurance Championship cars here at Geneva is fabulous.

“I’m starting to get used to some of the extraordinary things Adrian (Newey), Red Bull Racing, Aston Martin and all our exceptional technical partners – now including Mobil 1 and Esso as Valkyrie’s official oil and fuel partners – are capable of, but the Aston Martin Valkyrie AMR Pro is something truly mind-bending.”

Just 25 examples of the sold out Aston Martin Valkyrie AMR Pros will be built. Deliveries are expected to commence in 2020.

At Geneva Aston Martin also announced that watch brand Tag Heuer has become an official parter and that its branding will feature on the new FIA WEC-bound Aston Martin Vantage GTE. 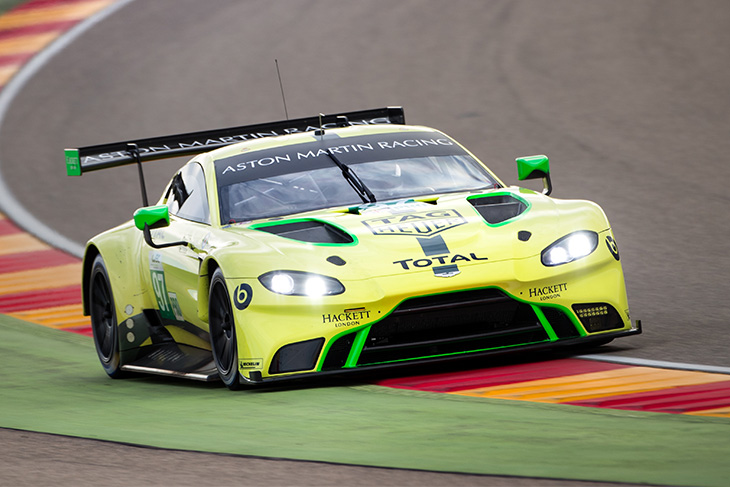 “This is an exciting partnership for Aston Martin,” Palmer said. “Both brands have teams of brilliant designers and when two talented teams of designers collaborate like this, incredible things are created.

“Of course, we also both love racing and testing our products to the limit in a competitive environment. I hope this new partnership brings us all a lot of success both on and off the track.”