A five day Dunlop tyre test at Motorland Aragon is seeing an impressive mix of VLN-bound GT3, ELMS bound GTE and ELMS and WEC entered LMP2 cars on track and there are stories aplenty from the assembled teams.

Team Ring Police and Frikadelli Racing field Porche 911 GT3 Rs for the test, on car for the former, a pair for the latter, with Phoenix Racing bringing a pair of Audis to the test, Traum Racing with the solo Glockenhaus SCG 003C set to contest the season and Team Schubert with a single ‘Evo’ BMW M6 GT3 and the surprise package of the VLN bunch, a Honda NSX GT3! (more on that car later today)

A trio of GTE cars are present, though only one of Proton’s pair of new Porsche 911 RSRs is set to see action in the test, plus the Duncan Cameron Spirit of Race Ferrari which sees its first track action on Wednesday after Aaron Scott’s own team were out lapping a client’s Oreca FLM09 today as part of their prep for the forthcoming Masters Endurance Legends Series.

And there is a very strong contingent of LMP2 cars on site too, all of which are set to see track action.

Signatech Alpine have their WEC bound Alpine A470 present, and the ELMS Dallaras for High Class Racing, Cetilar Villorba Corse and AVF Adrian Valles are here too.

United Autosports are here with both of their Ligier JS P217s, though only one is running, Algarve Pro have their ELMS Gibson powered Ligier on track too, joined by their older spec Ligier JSP2.

And there are ORECA 07 Gibsons from TDS Racing (x 2), and Graff Racing (x2), one of which is in the full G-Drive Livery that it will carry through the 2018 ELMS and at the Le Mans 24 Hours, there is significant news from G-Drive later this morning on DSC. 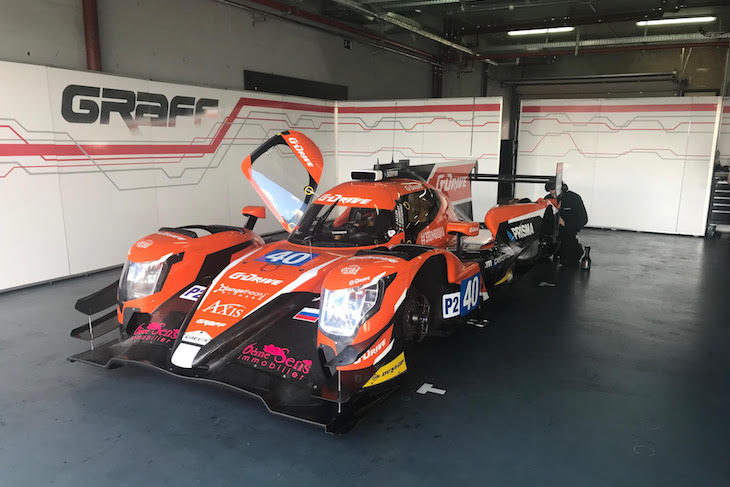 Racing Team Nederland tested earlier in the week in their WEC Dallara having previously run here at the Michelin test, a decision on their tyres for the season looms large.

There’s already plenty of news emerging from the test, you can catch up with some of it in a Facebook Live broadcast from the paddock and pitlane this morning. Watch it live or catch up later in the day as the DSC Editor prowls the paddock.