Michael Shank was on the phone arranging urgent despatch of parts as the MSR crew work to repair the #93 Acura NSX GT3 following Justin Mark’s violent ‘off’ that brought an early end to FP2.

“We are missing a couple of key parts so we’re arranging to get the from Honda right now, we’re hoping to have the car back together for the Warm-up,” Shank told DSC.

The issue is that the damage gos back further than the front sub-frame and there is no spare chassis available at Sebring, parts to repair the chassis are therefore required.

A rear brake issue was apparently the suspected cause of the accident.

Dindo Capello was spotted in the Sebring paddock catching up with old friends at Mazda Team Joest including Reinhold Joest after the elder statesman of sportscar racing missed Daytona through illness. 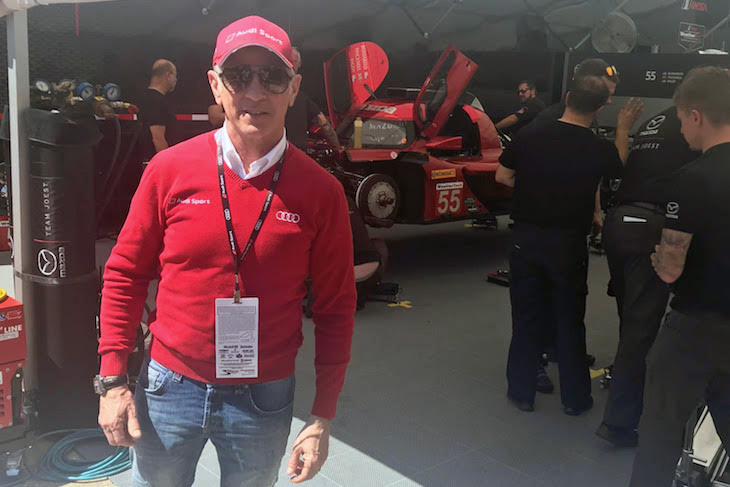 Five times 12 Hours of Sebring winner Capello is one of the 2018 inductees into the Sebring Hall of Fame alongside A.J. Foyt, Paul Newman and Joest Racing together with the locally organised Sebring Firemen organisation.

Toni Calderon at AFS/ PR1 Mathiasen said the team were looking forward to clean and constructive running with their Ligier JS P217 here after missing the Sebring test: “We’re sure the car is much better suited to this circuit than to Daytona, we just have to get the drivers comfortable and up to speed.

Matt Bell (the British one!) and Jim McGuire are part of the IMSA Prototype Challenge grid this weekend for what looks set to be a one-off appearance in the Series (in a K2R-fielded Ligier JS P3) alongside their full season commitment with United Autosports in the Michelin Le Mans Cup. They may however be tempted back for another race at Sebring later this year in the Michelin ‘Encore’ event set for November that will see non-Championship racing for the LMP3, GTD, GT4 and TCR machines as part of Michelin’s ramping up of their North American efforts ahead of their taking over of the role as sole tyre supplier to the IMSA Weathertech Sportscar Championship and several of the support series.

There have been a number of perhaps small but telling improvements to Sebring International Raceway in the (several years) gap that this writer has been absent, public bathrooms and shared spaces have been refurbished and painted into the ‘house’ blue and white colours of the circuit, the damage done by the winter’s hurricane, very evident in some of the nearby business and residential areas, is invisible here, all in all a credit to the efforts of General Manager Wayne Estes, and his staff. 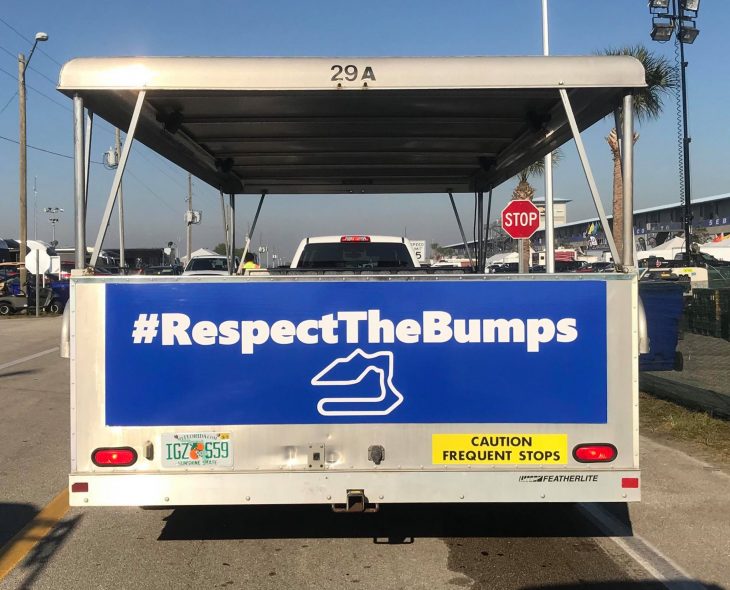 Also evident is the very welcome self deprecation evident in the circuit’s promotional hashtag!