Le Mans will be the third race that di Resta has been called up for by the UK based, US flagged team after starting at both the Rolex 24 Hours at Daytona and the 12 Hours of Sebring and showing great speed and consistency at both events. 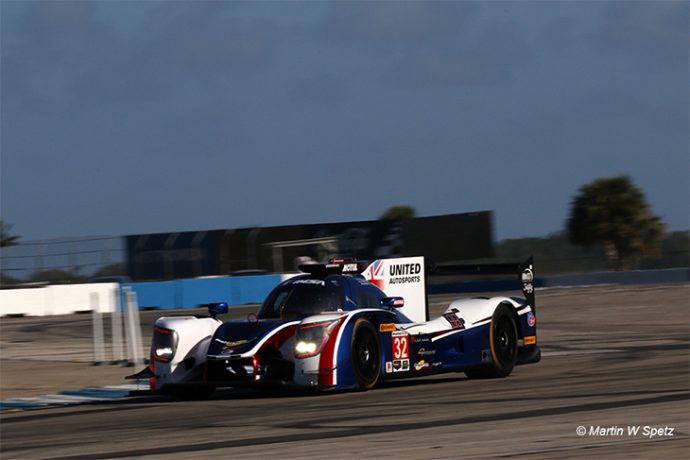 He’ll share the #22 car with Phil Hanson and Filipe Albuquerque and after strong showings for the team in both Floridian endurance classics hopes are high:

“The team did a fantastic job in the US races and ran very well up in both for extended periods. They know the cars, and they know Le Mans, we’ll be pushing hard for the whole race,”said di Resta.

“Filipe is very quick and anyone watching Phil closely in Daytona and Sebring will have seen that he was gathering more and more speed and consistency. His run at Sebring in particular showed he has real potential over this year and into 2019 to get right onto the ultimate pace.”

“It’s exciting to be continuing the partnership with everyone at United and undertaking the Le Mans 24 Hours. It’s a race I’ve always looked at closely and now I’m getting the chance at the right time to have a go. It will be good to race alongside Phil again after the Sebring 12 Hours, which was a success and I’m excited to see how partnering Filipe goes. I’ve known him a long time and he is a credit to endurance racing. The task is to go and win and from what I’ve been told, that’s not too ambitious. We will do the best job possible to aim for that in the race.”

Zak Brown, Team Owner and Chairman, United Autosports:
“I’m thrilled to have Paul join our Le Mans 24 Hours team. He has done a fantastic job racing in America for United Autosports and I know he will continue that onto Le Mans. He knows the car now so all he’s got to learn is the circuit, which I’m confident he will do quickly.”

Richard Dean, Team Owner and Managing Director, United Autosports:
“We now have two great driver line ups for Le Mans. I was keen to get Paul in our car for the race after his performance at Daytona. His drive at Sebring just confirmed it as well, he looks like a seasoned sports car driver, even though Sebring was only his second sports car race. Paul really fits in well with the team and he has had made a positive contribution to what we are trying to achieve here. I’m excited for Le Mans – fingers crossed we can have a good result like in 2017, and maybe even go one better and head for the podium.”