At this point in its developmental cycle, Ginetta and CEFC TRSM are not yet showing any signs of concern regarding the pace of their G60-LT-P1s at the Prologue.

In fact, it’s all smiles down in the garage, the team incredible pleased with the amount of work which has been achieved, especially to get the #5 up and running in time for some important milage.

Oliver Rowland spoke to DSC, clearly shocked by the performance levels of the machinery he’s driven in the past, which includes Indy Lights, World Series by Renault and F1.

“The last time I drove a car with turn-in and down force like that, was an F1 car at Abu Dhabi! We know there’s speed to come, but the baseline is really impressive, the downforce is truly something else.”

Alex Brundle also fed back to DSC that he put in a real shift on Friday, managing 40 or so laps in the car and get a true feel for it; he too, is extremely encouraged by the sheer amount that’s been achieved so far.

“The big problem with this car is,” he said, “that it makes a P2 car feel really slow!”

It hasn’t been the best of events for AF Corse’s Pro cars here at Paul Ricard, its cars suffering significant issues. Both 488 GTEs (running the evo kits) suffered excessive tyre wear on the brand new surface at Ricard (notable, as most of the teams up and down the paddock have reported very low tyre degradation on the resurfaced circuit). 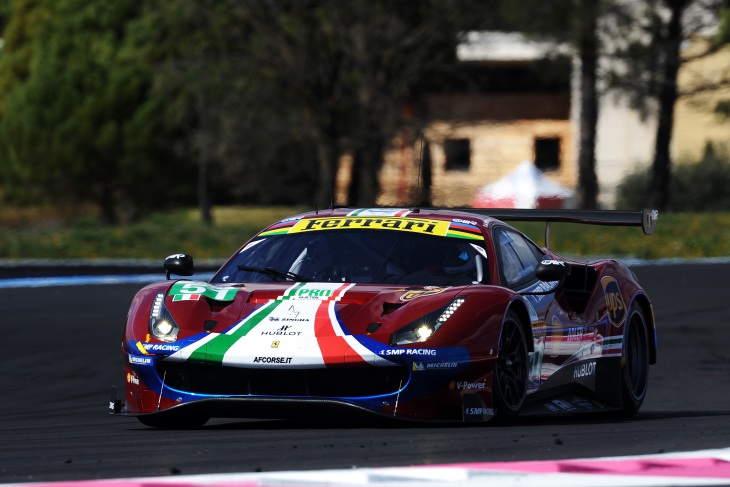 Despite missing out on track time, in speaking to DSC, Ferrari made it very clear that major mileage was not planned anyway. The team completed a major endurance test at Vallelunga prior to coming to France.

That said, the #51 car didn’t make it out today, after a re-fuelling fire at 5pm yesterday damaged some electrical components. The team is using the car for pit-stop and re-fuelling practice, but is investigating the cause of the fire, an issue that has occurred before for the team.

DSC caught up with WEC debutant Charlie Eastwood, who will drive the GTE Am TF Sport Aston Martin Vantage this year with Euan Hankey and Salih Yoluc. It’s fair to say that after two days behind the wheel, that he’s been pleased with the team’s performance. 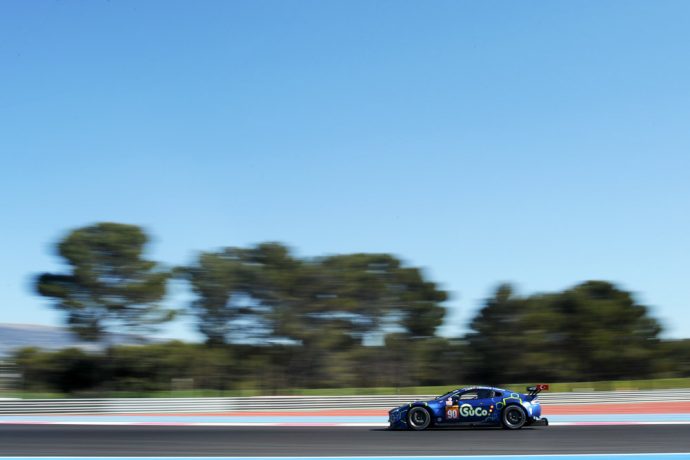 “It’s been a really good run,” he said. “It feels good to be in this paddock, and working with Salih and Euan has been great. They’re a great duo to work with, and we all get along really well.

“It’s hard to tell at this stage what to make of the times, but the Porsches look strong. The circuit does make it tricky though, it’s so smooth, and on the tyre compounds we were on, there wasn’t much degradation. On Friday we used Michelin tyres from over the off-season, and only today did we get to run on the same compound as the Pro cars, which is what we will use at Spa.”

AMR on the Vantages performance levels

DSC headed down to the AMR garage to get a feel for how the test has been for the team’s new Vantage, for the first time up against its GTE Pro competition in a controlled test. 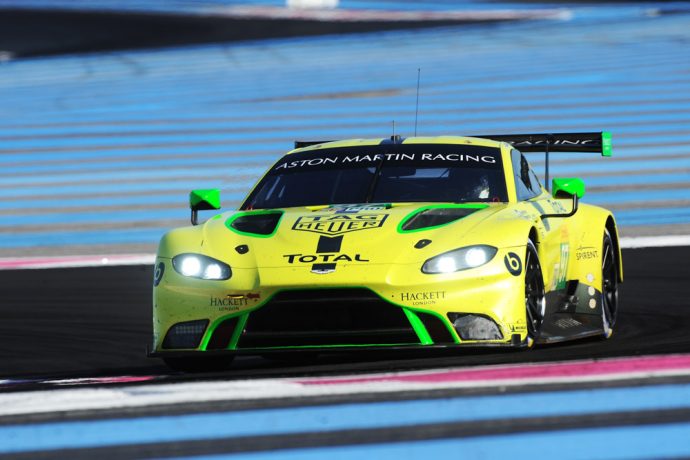 Aston Martin Racing’s Dan Sayers, told DSC that the pace of the Porsches and Fords has been “ominous”.

“We’re trying hard to get closer to Porsche,” he said.”It’s been a good test, we ran through the night with the #95, and only suffered minor niggles. The #97 meanwhile has undergone a clutch change together. We’re hoping to set that up for pace and get on terms with the fastest BMW. But the gap to Porsche is more a worry.”

Treluyer back in the paddock 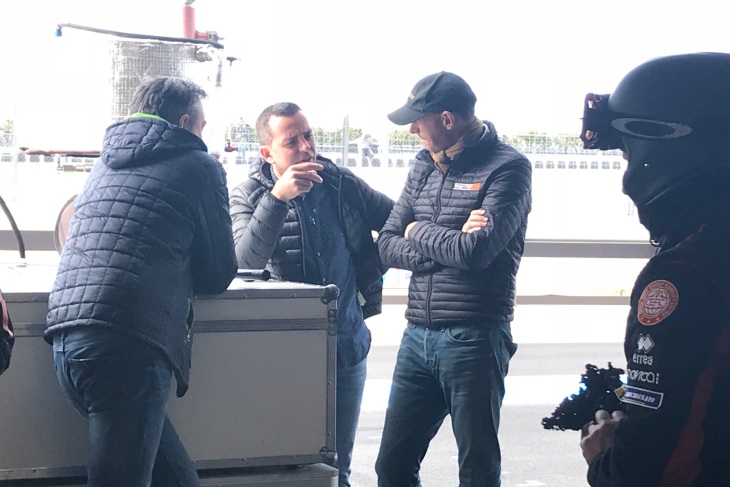 The Frenchman explained that he’s doing some work with Audi at present, and his trip to the Prologue was just to have a look around. He currently has no racing planned this year, though he’s open to a drive with a good team.

Later on, he was seen again, in the CEFC TRSM Racing garage, speaking with Ginetta Chairman Lawrence Tomlinson.