Team boss Christian Reid explained to DSC that the car was brand new, and only had eight laps under its belt before the incident, which occurred at Turn 3, the car suffering a 200km/h impact.

The hit came soon after another shunt for a Proton Porsche, this time the car allocated to WEC duties that will be used by Ebimotors at Paul Ricard and Le Mans. Fabio Babini suffered a substantial impact in the #80 front and rear between T6 and T7, the accident causing damage to the right front corner and rear-end of the car.

Consequently, it’s set to be a tough week for the German outfit now, with parts in relatively short supply this early into the customer programme. 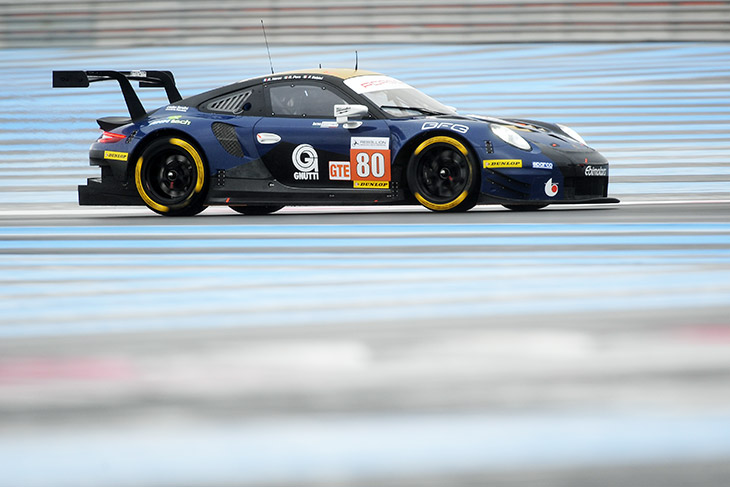 Porsche’s head of customer racing Marc Lieb has been at the circuit for most of the day, indeed the 2017 Le Mans 24 Hours winner and WEC Champion was listed to drive the #77 car during the test.

His task now though is to work with the team to determine what can be done to allow them to race on at the weekend.

Ried suggested that consideration was being given to utilising the team’s second WEC car to replace the #77, but that a decision had not yet been made.