Amongst the myriad storylines to emerge from the FIA WEC prologue at Paul Ricard were a number of strands relating to the forthcoming announcement, due at Le Mans this year, of the next set of LMP1 regulations. These promise to define the shape and opportunities for both the factory and privateer entrants in the next generation of top class prototypes due to be in place for the 2020/2021 season of the FIA WEC.

ACO President Pierre Fillon was keen to stress that he considered progress has been made at a pace that will meet a self-imposed June deadline for at least an outline announcement.

Whilst the overall package of proposals is some way from being finalised, Fillon offering an opinion that he was around “60-70% confident” of reaching an agreement. And whilst discussions are still very much ongoing between the ACO, FIA and IMSA, several aspects of the proposals are already clear:

The new class will not encompass current or immediate future road-going hyper-cars, as ACO consultant Doctor Wolfgang Ullrich stated: “hyper cars are not hyper cheap”. And it’s the cost of those future prototype programmes that form the clearest foundation for the new regulations set.

Wounded by the withdrawals from LMP1 in successive seasons of first Audi and then Porsche, sportscar racing’s rule makers are hunting for the best way forward to keep costs to levels that are sustainable both for the major factories and for additional boutique brands. 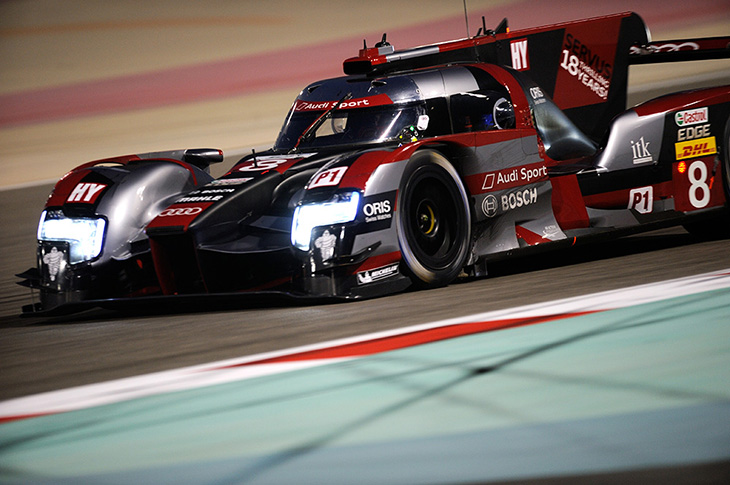 It’s that latter point that relates to another utterance from Paul Ricard, this time from newly installed FIA Endurance commission President, Richard Mille, who made it clear that the conclusion being sought was to ensure that the new cars would be ‘sexy’.

That ‘sexy’ premise seems to apply both to the brands that could be attracted to race and the look of those future cars.

Fillon again referenced manufacturer styling cues for the new cars to assist both the brands, and the fans to identify clearly with the cars being raced. The ‘GT-Proto’ concept is therefore very much still alive and well!

Another aspect of the proposals that has changed very little since the current discussions began is that there is a firm intention to ensure that the manufacturer cars employ hybrid technology in their drivetrains.

This move too though, must also sit within a dramatic cost-cutting framework envisaged to assist LMP1 to both move forward, and to be sustainable over a longer period.

It’s clear that there’s a major target, and that’s ensuring that the near vertical development curve seen in the past five years from the factory cars will not be repeated. The costs involved were regarded by many both in the sport and in the automotive industry as unsustainable over the timescales that would be required from a meaningful sporting programme.

It’s clear that there’s a major target, and that’s ensuring that the near vertical development curve seen in the past five years from the factory cars will not be repeated

Instead the cars look set to feature a single, lower-power ‘mild’ hybrid system, and those proposals could well include a potential ‘spec’ system to allow both smaller manufacturers and privateers to join the class. Indeed Richard Mille, in an unprompted comment, did utter the word ‘tender’, suggesting that the process for delivering such a system had already been discussed – if, as was very apparent from the ACO President’s reaction to the use of the word, not yet finally agreed!

Whether progress turns to a tender for a spec system, or indeed a drive for low-cost hybrid systems, this could offer an opportunity to someone like Mecachrome. The French company recently announced that it is exploring a low-cost hybrid option for the upcoming regulations, based on the technology it is using for its forthcoming FOILER yacht, for both privateer and manufacturer teams alike.

Very clearly though, the broad range of upper levels on costs has been a key part of the discussions, both internally within the sanctioning bodies, and externally with current and aspirant manufacturers.

In another utterance, the phrase “cost-cap” was used, and again it is clear that this has been discussed, though at what final level, and how that could be enforced, were clearly questions yet without firm answers in place. Conclusions around the €20-35 million range though seem to at the core of the discussions. 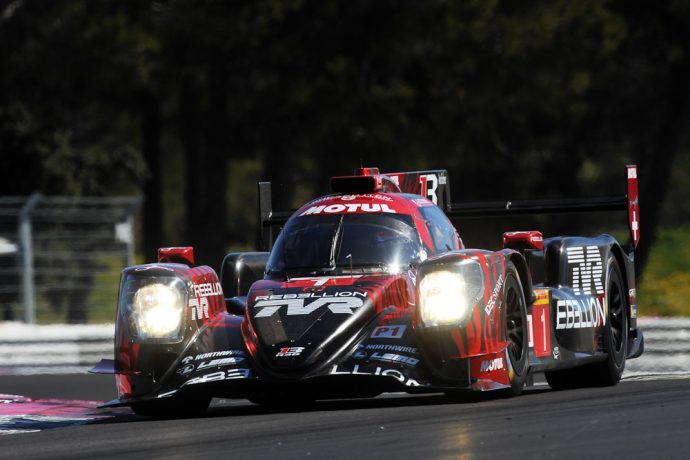 The principle too that the upper limit would negate any advantage from large-scale development was also clearly in play. Both Pierre Fillon and Gerard Neveu offered points which were a variation on that theme, that high-level development would not be permitted to accelerate performance levels across the class.

Larger manufacturers could choose to develop their own systems, but the combined package would, it seems, not be permitted to outperform any standard spec system, whether or not the cost to develop the system was greater. Negating any potential for a performance advantage seems to be another key to the success of imposing cost control.

One of the major talking points around the new ruleset is the potential for unification between the ACO’s new LMP1 class and IMSA’s future DPis. It’s fair to say that some observers of the IMSA series have been surprised by the openness of some of the manufacturers current manufacturers involved in DPi to that prospect, including the inclusion of some form of cost-capped hybrid element to the future powertrain.

Questions have again been raised about the potential for regulations to mandate availability of future cars for customer teams, and whilst the premise has not been rejected it would be fair to say that it would appear not to be as high on the list of regulatory priorities as some believe it could or should be.

The clock is now ticking loudly for an announcement to be made in June, and the ACO will want to have a convincing package to present to their biggest captive audience

Beyond that though there’s certainly the potential for new blood both for the IMSA and ACO racing series driving the discussion at a pace, with multiple manufacturers making it clear to DSC, some publicly (Toyota, Ford, McLaren), and others privately, that if a global solution can be found at a sustainable cost (and in the case of Ford and McLaren, ONLY if a global solution can be found), then they would take a good, hard look at the potential for future programmes. And the urgency being applied here by the ACO underlines the fact that they believe there are huge steps to be made with the right package against the right timescale. Some VERY big names are actively following progress…

The clock is now ticking loudly for an announcement to be made in June, and the ACO will want to have a convincing package to present to their biggest captive audience not only to inspire confidence in their future vision, but also to sweep away memories of the now defunct original 2020 regulation proposals.

To reach that point in time, the outline for the regulations will need to be discussed and approved by the FIA World Motor Sport Council, which meets twice more before Le Mans in 2018 on 24 April and 7 May, ahead of an FIA Sport conference in early June.