Born in Gotemba, Japan, Kenji Yamada got his first exposure in motorsport when he worked as a mechanic for a racing team in high school. Though he initially wanted to work as an accountant, he eventually became a respected mechanic.

Receiving his first major opportunity as a mechanic with the Leyton House Formula 1 Team, Yamada moved to TOM’s Racing in 1991, working with their Formula 3 team. Over the next eighteen years, first as a mechanic and then as an engineer, Yamada would help to nurture some of the top talents to emerge out of the All-Japan Formula Three Championship at the dawn of the 21st century.

As an F3 engineer, Yamada worked with the likes of three-time GT300 Drivers’ Champion Tatsuya Kataoka (who would later be Yamada’s team principal at Team LeMans in Super Formula), multiple FIA World Endurance Championship race winner Kazuki Nakajima, and GT500 race winners Kazuya Oshima and Hiroaki Ishiura. Of those drivers, Yamada would spend the bulk of his time working with Oshima in Super GT and Super Formula.

In 2008, Yamada won the Macau Grand Prix as the engineer for winning driver Keisuke Kunimoto, in Yamada’s final race with the team.

After 18 years at TOM’s, Kenji Yamada moved to Team LeMans in 2009, where he became a chief engineer in Super GT for the first time. Lexus Team LeMans were struggling at the time, but Yamada’s successful approach soon turned around the team’s fortunes. In 2010, the #6 Eneos Lexus SC430 of Daisuke Ito and Björn Wirdheim were title contenders, and ultimately finished fourth in the GT500 championship.

Two years later, at Sportsland SUGO, Yamada was the engineer when Oshima, who joined Lexus Team LeMans in 2011 held off Loïc Duval to get the win for him and co-driver Ito. An emotional victory it was, the first for Team LeMans in GT500 since 2003.

They won again at Twin Ring Motegi in November 2013, this time with Oshima joined by Yuji Kunimoto – and giving the Lexus SC430 a victory in its final Super GT race. 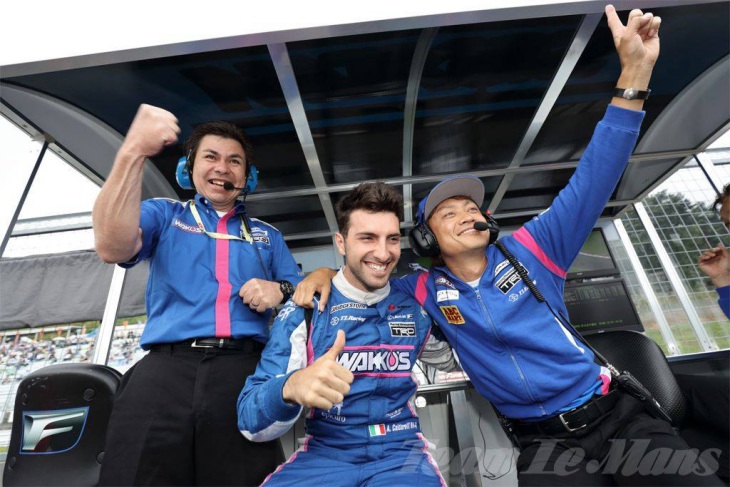 Over the past two seasons, Yamada helped engineer Lexus Team LeMans Wako’s back into championship contention, working under new team director Juichi Wakisaka. Oshima and Andrea Caldarelli finished 2nd in the GT500 Drivers’ Championship in 2016, and 3rd in the standings in 2017 – Team LeMans’ best results since winning the GT500 championship in 2002.

Yamada also continued his work in single-seaters, working as an engineer for Team LeMans in Super Formula with the likes of Oshima, 2013 24 Hours of Le Mans winner Duval, and Kamui Kobayashi. He won another Formula 3 title with Petit LeMans Racing, this time as the engineer to Yoshiaki Katayama, the 2016 N-Class champion.

This past weekend, Yamada was set to work with Oshima at Suzuka Circuit for the opening round of the 2018 Super Formula championship. Yamada was with the team through Saturday, right up until he passed away on the morning of the race. Team LeMans ultimately made the decision to continue on and race on Sunday.

Many of Yamada’s former drivers who traveled to Japan to race expressed their condolences on social media when the news broke on Monday morning:

Felix Rosenqvist: “We have tragically lost our engineer Kenji Yamada. Kenji-san was very respected in Japanese motorsport, and I had the pleasure to work with him for a short time. In these dark times for our team, I want to send my wishes to the Yamada family. Rest in peace brother.”

Andrea Caldarelli: “Today my thought goes to a person who i worked with for the last 3 years. He was an incredible man and engineer that passed away yesterday in one of our favorite places, Suzuka. RIP Kenji San! Never forgotten!”

Loïc Duval: “See you in another life my friend. #RIP #GoneTooSoon”

João Paulo de Oliveira: “Rest In Peace, Yamada-san. My prayers are with his family in this difficult time.”

All of us at DSC extend our sincerest condolences to Yamada’s family, friends, co-workers and loved ones at this difficult time.