The past weekend saw the start of three new, well if we are being picky two new and one renamed, Series.

The ‘new’ China Endurance Series replaces the FRD LMP3 series for 2018 but the outline remains the same, an all Ligier JSP3 grid for the five round Championship.

11 cars were listed for the opening double-header at Shanghai International Circuit:

Race 1 was won on the road by the #3 Eurasia pairing but there was uproar and upset afterwards as a combination of penalties imposed, penalties revoked and other shenanigans came to bear.  Mid-race the #17 PTRS car was deemed to have infringed the pit stop minimum duration time by some 23 seconds and was called to serve the penalty by the Race Director, re-joining down the order and out of contention.

Post race though it emerged that a miscommunication had seen the penalty awarded incorrectly – instead of a 23 second penalty to car #17 the penalty should have been awarded to the #23 car for a period of 17 seconds!

The officials sought to make amends and reinstate the 45 seconds lost on pitlane by the #17 giving Andrew Waite and Ye Hongli the win, for now!

There were further penalties to come though after three cars were deemed to have jumped the start after the pole position car failed to accelerate cleanly as the lights went green, that saw the now second placed #3 Eurasia car demoted to fourth and the new winner also demoted.

All of that left the #25 PTRS pairing of Nigel Moore and Josh Burton as the winners, with the all-Irish #18 KCMG crew of Dan Polley and Kevin O’Hara second, the #17 crew’s topsy turvey ending with them completing the podium!

The weekend’s main race saw the #17 crew have a rather cleaner run, and take the win, Andrew Waite and Ye Hongli coming home clear of S&D’s Tim Zimmermann and Tim Macrow with Saturday winners Moore and Burdon completing the podium.

SRO’s growing portfolio of regional GT4 Championships saw it’s latest iteration race for the first time too over the weekend with a double win at Most for the K Racing-Reiter KTM with Marylin Niederhauser and her boyfriend Patric Niederhauser (the surname symmetry is purely coincidental!) 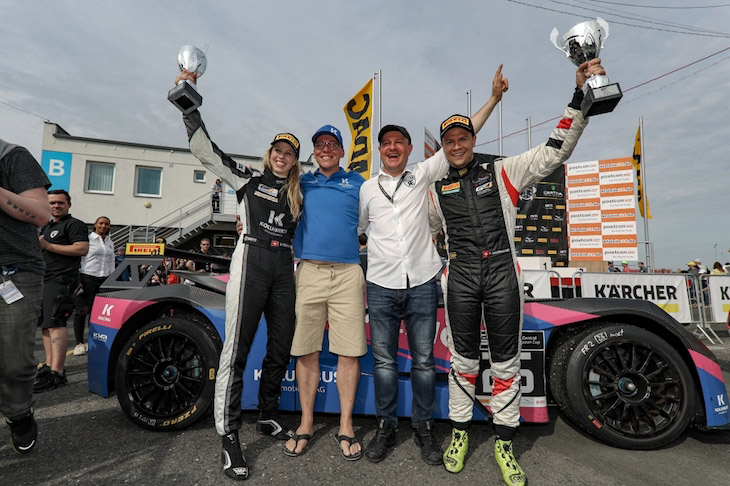 From tenth spot on the grid for Race 1, the Swiss duo moved all the way up into first. Second place went to Luca Wollgarten and Moritz Oestreich in the PROsport Performance Porsche, despite a time penalty. Third were Jörg Viebahn and Rob Severs in their Allied Racing Porsche.

In the battle for fourth, Rob Severs’ Allied Racing Porsche collided with Romy Dall`Antonia in the Scuderia Villorba Corse Maserati. Both cars were damaged, but continued. As the field headed into the penultimate lap, leader Owega lost control on some liquid spilled as a result of the collision, went off the track and touched Patric Niederhauser’s KTM as he rejoined. Moritz Oestreich went into the gravel bed as well, trying to avoid the other two cars with others following due to the slippery track. As a result, the race was suspended with a minute and a half to go.

One lap before the red flag came out, the PROsport Performance Porsche had the upper hand against the K Racing-Reiter Engineering KTM. However, the Porsche crew received a penalty of ten seconds added to their race time because Luca Wollgarten had crossed the white line at the pit entrance earlier.

Honours in the Am Cup class went to Ivan Vlachkov in the Sofia Car Motorsport Sin.

Race 2 saw starting driver Patric Niederhauser pull out a huge gap, which Marylin managed to keep until the end of the race. Their teammates from the Hollinger-Reiter team, Benjamin Mazatis and Ilmari Korpivarra, moved up from ninth on the grid into second place on the podium. Third spot went to Luca Wollgarten and Moritz Oestreich in the PROsport Performance Porsche. 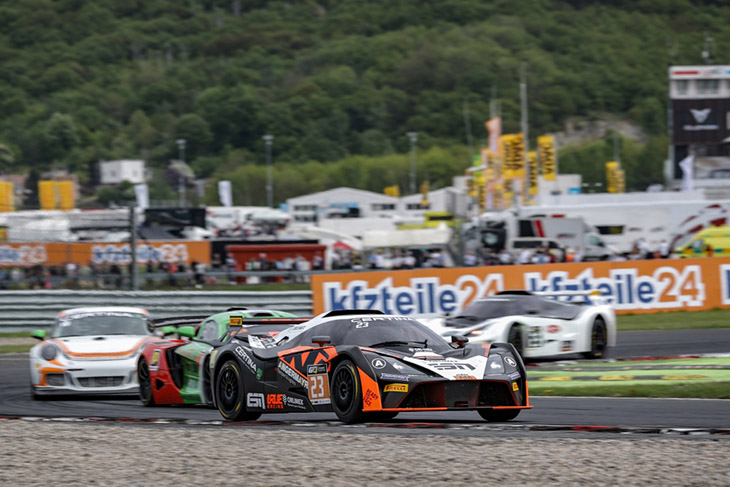 Six rounds will be held across Europe this year with a total of 12 races, two per weekend with the season opener at Spa. 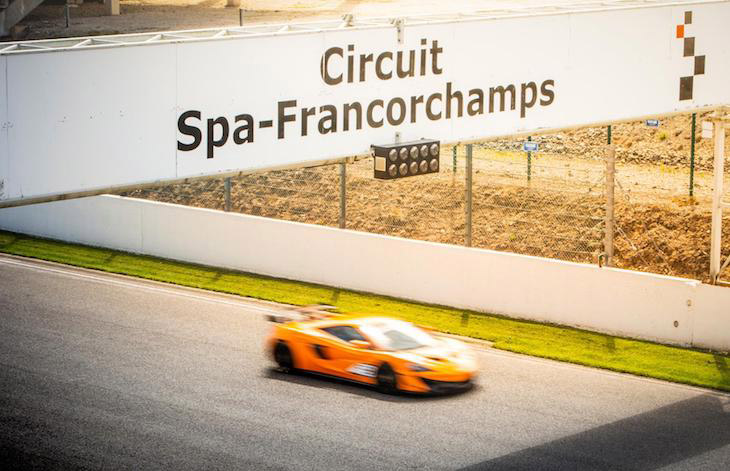 Unveiled as part of McLaren Automotive’s expanded customer-focussed motorsport programme, the new series is aimed at McLaren owners who already have extensive track driving experience and are looking to take their first steps in the racing world.

With a field comprising of McLaren 570S GT4 track cars, which are either driver owned or rented, entrants must have a minimum of an International D grade licence, they will be able to ‘arrive and drive’ thanks to cars maintained and run by McLaren engineers and technicians.

The race weekend format will comprise Friday testing with 40-minutes of free practice, 20-minute qualifying sessions and 30-minute races on Saturday and Sunday.

Drivers will be competing in two categories to be contested simultaneously; the Pure McLaren single-make series, which is the overall category open to all competitors; and the Bruce McLaren Cup, named after McLaren founder Bruce McLaren and for drivers who have held their racing licence for less than twelve months and have not competed higher than club level in that specific year.

The new series is an extension of Pure McLaren, the official driving programme of McLaren Automotive. Pure McLaren offers drivers track day experiences and professional coaching so that they can get the most out of the performance of McLaren cars and develop their track driving skills. The highest levels of the Performance Academy even help budding racers achieve their race licence allowing them to compete in the Pure McLaren one-make series, the route that most competitors have taken.

“Pure McLaren is already well established as part of McLaren’s premium experience programme and the new FIA sanctioned single-make series is a natural and exciting extension of that. We’re putting over five decades of motor racing know-how at the disposal of our customers to provide them with a track competition experience that allows them to focus on both boosting their skills and enjoying driving the 570S GT4 car on some of Europe’s most iconic tracks “, commented Jolyon Nash, Executive Director, Global Sales and Marketing Director for McLaren Automotive.