The opening round of the much-vaunted 2018/19 FIA WEC ‘Super Season’, is now upon us. Even some of the hardened synics would agree, that after the hammer blows of first Audi in 2016, and then Porsche in 2017 withdrawing from the sport, the entry looks good both in depth and quality.

Each of the four classes features convinving numbers, and big name teams and drivers. We’ll kick off our season/Spa preview by looking, some would say, in reverse order, with GTE Am.

It’s a truly impressive nine car full-season WEC entry for the GTE Am class, quite a turnaround for a category that, until quite recently, was being referenced by some senior figures in the organising body as being at risk!

Three marques are represented and each of them fields a team that are new to the World Championship.

Aston Martin are represented by a pair of 2016-spec V8 Vantage GTEs, the thunder rumbles on in the WEC! After an early ‘non’ from the organisers to a request from AMR, likely more in hope than expectation, to allow their Pro-Am customers to use the new for 2018 Vantage GTE, the choice was whether they would choose to come with the older car, with the certainty that it will be for the full 2018/19 season.   Happily for lovers of ‘old school’ V8 soundtracks, two teams have decided to stick with the most successful GT car in WEC history.

The reigning Champions return with an unchanged line-up, Messrs Dalla Lana, Lauda and Lamy have been a force to be reckoned with for several seasons, their racing luck finally held in 2017 and with a combination of Lamy’s stellar pace, Lauda’s increasingly good form and a fired up and ever more confident Paul Dalla Lana. If the BoP keeps this class honest this will be a very strong prospect! 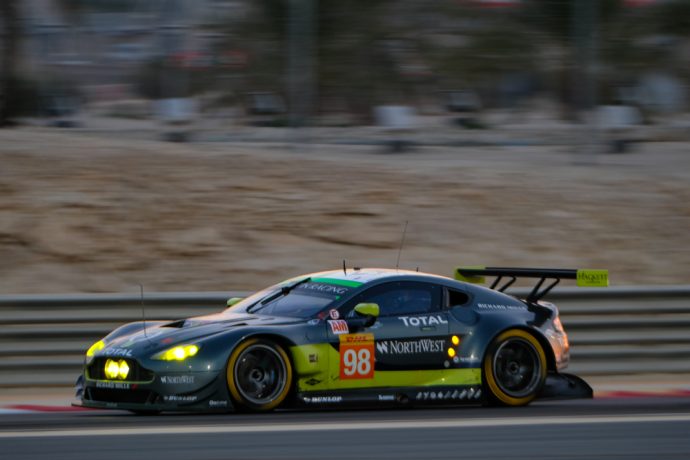 The Aston Martin new boys are TF Sport. The 2016 Michelin GT3 Le Mans Cup Champions, ELMS GTE runners up last season, they bring their regular pairing of Salih Yoluc and Euan Hankey back for the step up. Turkish driver Yoluc will follow up his ‘first’ at Le Mans last year with the honour of being his nation’s first WEC representative backed up by the man thet has unlocked his potential, the ever rapid Hankey.

Charlie Eastwood arrives in the WEC as reigning Porsche Carrera Cup GB Champion with a reputation for raw speed and racing intelligence, the Belfast-born 22-year-old will need all of that and more as he adapts both to a different racing discipline, and to the reality of diving in the endurance racing deep end! 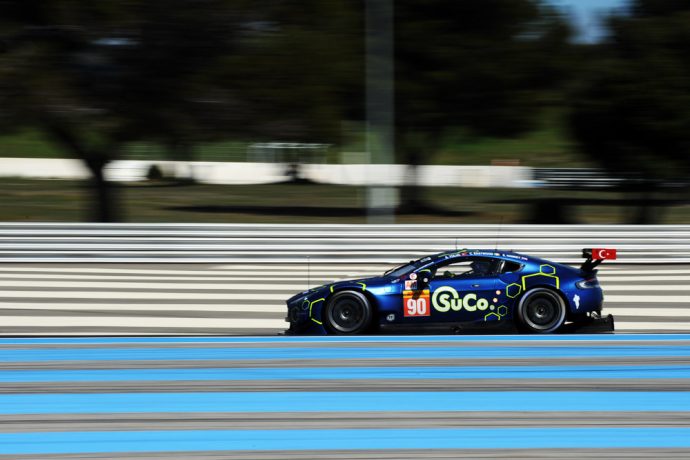 Ferrari have a trio of 488 GTEs, all three in original (rather than the new ‘Evo’) spec.

The #54 Spirit of Race effort is a returnee with the fast improving Swiss private aviation tycoon Thomas Flöhr again sharing the car with his ever-cheerful Italian sidekick Francesco Castellacci.

The change comes with the other Pro driver as 2017 driver for the team Miguel Molina is replaced by none other than Giancarlo Fisichella. The ex-F1 man is a big name addition to the class and seemingly happy to have both the responsibility as team leader, and perhaps the reduced pressure of stepping away from the full Pro piranha pack? If Fisi finds form this could be a potent line-up! 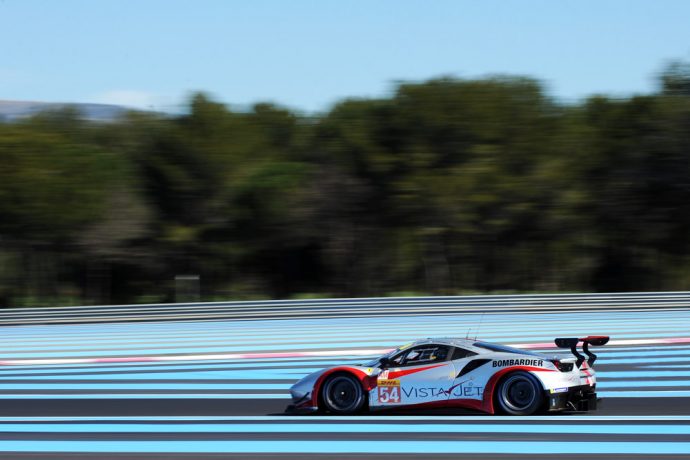 One of the absolute joys of the WEC paddock last season was the outlook and attitude of the Singapore-flagged Clearwater Racing squad – and they are back for a second shot at the title after a spirited run in their debut year.   The team will once again see logistical and technical support from AF Corse, supplementing their ever-cheerful core crew led by team principal Arj Kulasegaram.

There’s no change in the driver line-up. Matt ‘Lucky Charms’ Griffin will be as rapid and focused as ever, Keita ‘All the Lights’ Sawa will benefit from a year of WEC circuit experience and Weng ‘One Shot’ Sun Mok, the man behind the effort, will do likewise. The team is bolstered by form that exceeded their expectations in 2017 will be looking towards a season long challenge this time around. 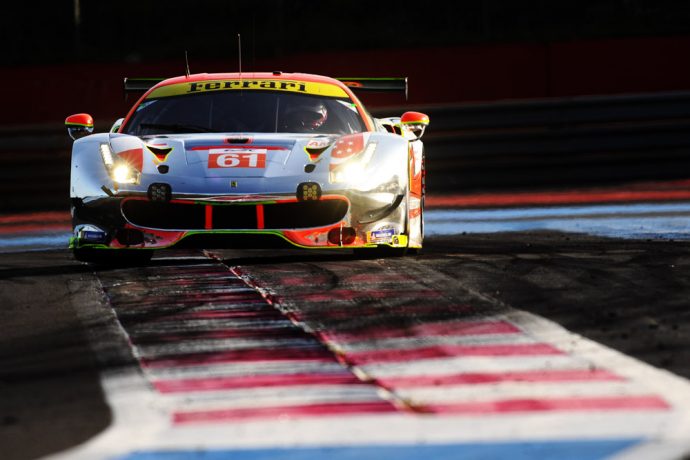 There’s one change for 2018/19, the team taking delivery of one of the 2017 ‘Pro’ cars and deciding that this was the year to run their trademark, fan favourite ‘Chrome Dragon’ livery. The car looks stunning – the team will hope they can find the pace to match!

The final Ferrari of the trio is the WEC debuting MR Racing effort, again operating with AF Corse assistance.  Olivier Beretta is the known quantity here, still fast, his endurance racing experience is going to be vital here in bringing forward Japanese gentleman driver Motoaki Ishikawa who arrives with Blancpain GT3 experience, the GTE Ferrari package might take some time for the Japanese driver to master. 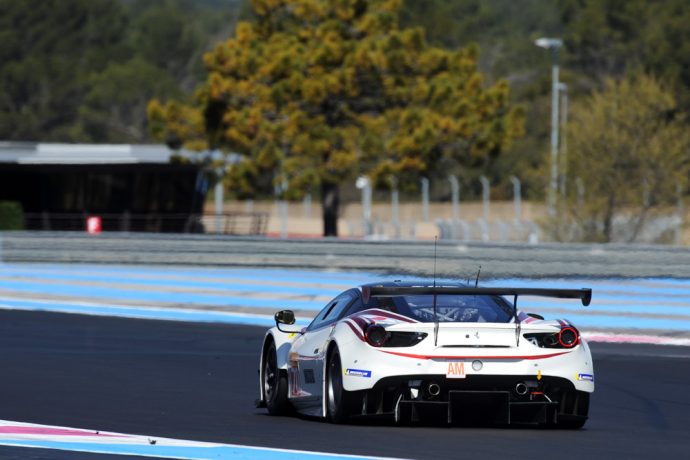 Eddie Cheever III completes an intriguing line-up. The American in his first full season in a GTE car, he’ll need to show the same speed he demonstrated in taking the Italian GT Championship in 2016 to keep the effort in the hunt.

Finally there’s a quartet of Porsches in the season entry, all four of the new for 2017 mid-engined 911 RSR variety, and a fabulous looking, and sounding, group they make!

First up the only two car team of the class, Dempsey Proton Racing return with a pair of Porsches.   The #77 car looks to be the car with the most stable full-season entry with team principal Christian Ried joined by a pair of very rapid young guns as, increasingly, Porsche places their emerging talents. 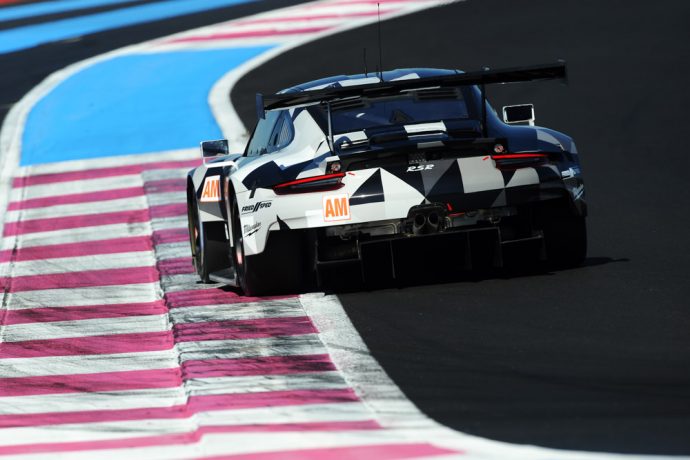 Matt Campbell is expected to be a future mainstay of the Porsche family, the Australian quietly impressing everywhere. After taking the win in the Porsche Carrera Cup title in 2016, Campbell was launched into the Porsche Supercup, a three race winning streak at the end of the 2017 season saw him take an impressive third place in the overall standings, supplemented by a class win at the Bathurst 12 Hour, second overall in 2017, second in class, 4th overall this year. It seems he’s cracked both the Sprint and Endurance codes!

Young French driver Julien Andlauer meanwhile is a nominated Porsche Junior in 2018 for the first time, the reigning Carrera Cup France Champion, he also helped Fach Auto Tech to a class win at the 2018 Dubai 24 Hours; this pair look a handy combo for Christian Ried’s effort!

The #88 car meanwhile lists Khalid Al-Qubaisi, Matteo Cairoli and Giorgio Roda, for Spa though the welcome return of Al-Qubaisi is not yet a confirmed season-long signing.

Porsche Junior Matteo Cairoli is the hot-shoe here and he’ll relish an opportunity to strut his stuff in front of his Porsche factory paymasters.

Giorgio Roda is dovetailing a full ELMS season alongside Cairoli (together with his father Gianluca Roda) with this full WEC effort, the pair already gelling well. Roda’s progress through the season will be interesting.   Al Qubaisi meanwhile may well be seen again during the season, day job commitments once again seemingly hindering a full effort for the rapid gentleman driver from Abu Dhabi.

The other returning team are Gulf Racing UK, Mike Wainwright returning with the new 911 RSR looking every bit as stunning in Gulf Oils colours as the team’s 2017 car did! 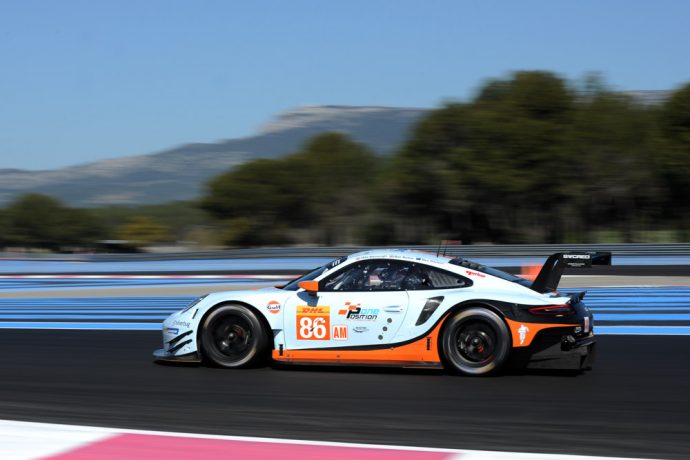 Wainwright impressed hugely with his opening stint in a guest appearance in the ELMS at Paul Ricard, the new car clearly very much to his taste. That may help to brush away some of the disappointment over not getting a second WEC entry for his second 911 RSR (though that car may well be seen later this year in selected ELMS rounds).

Ben Barker is back once again for the team and will be relishing another opportunity to bolster the #86 effort whilst showing his pace in some exalted company.   A welcome addition to the team is Aussie Alex Davison, back racing on the international scene for the first time in a decade. His pace was good at the WEC Prologue, and his demeanour will be well suited to the focused but fun Gulf squad.

Porsche’s newcomer team in the WEC meanwhile, is actually one of their longest standing and most loyal customers. Project 1 Motorsport has existed under various monikers in its 25-year history and enjoys the title of the most successful one-make Porsche outfit in history.

This though is a different kettle of fish and their progress will, no doubt, be keenly observed by other aspirant graduates. 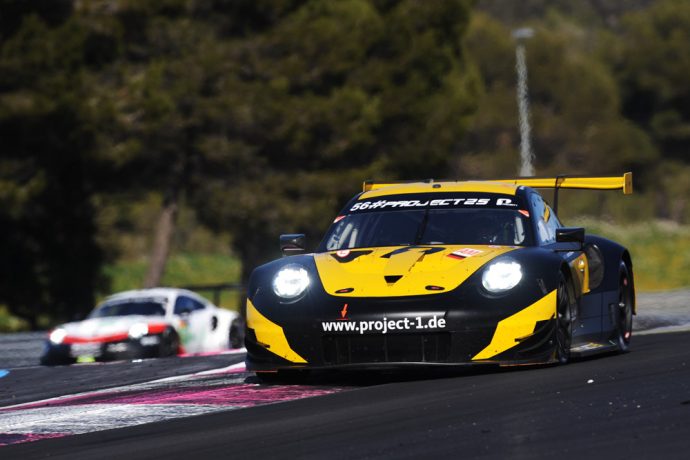 Porsche’s Jörg Bergmeister is the ideal man to help the effort get up to speed, he’s won just about every major title and race available in his career and brings his Park Place Motorsport team-mate Patrick Lindsey over for this latest adventure.

Gentleman driver and seasoned Porsche racer Egidio Perfetti completes the trio. Whilst there are other squads that seem to have potentially more raw pace than the #56 crew, that’s often not been the determining factor for racing success, consistency is going to be the key here!

One factor across the board for this all-Michelin shod class is going to be a potentially significant change for the coming season. The GTE Am car will share the same rubber that their Pro class cousins have benefited from.

That, as we saw at the Prologue, means that a well pedalled GTE Am car can, despite a different BoP from their kissing cousins, get in amongst the Pros. Battles for position and indeed runs through traffic, could have some extra spice this season!