DSC noticed on its first tour of the paddock at Spa that some of the LMP1 teams have chosen their aero packages for this weekend.

Toyota’s two TSO50 Hybrids (featured) will both be running the team’s low-downforce kit in preparation for Le Mans later in the year, as will SMP Racing’s BR1s, though with two front diveplanes, unlike at the Prologue when the team ran with just one on each side.

Meanwhile, DragonSpeed appears to have selected to run the high-downforce aero on the team’s Gibson-powered BR1. The American-flagged team ran both at the Prologue, though most of its running was with the high downforce package. 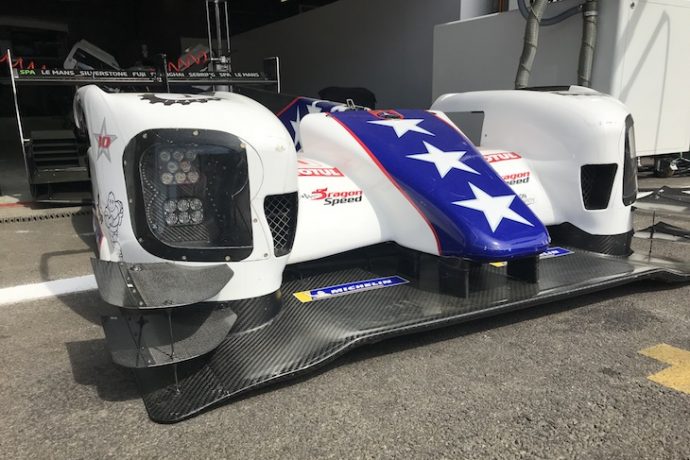 BMW’s hefty testing programme over the off-season in preparation for the M8 GTE’s debut campaign ended at the Paul Ricard Prologue.

While a handful of other teamas took part in testing after the official series test at Spa and elsewhere prior to this week, the team explained to DSC that it did not complete any further testing at in the weeks between the Prologue and Spa. However, it did complete a brief shakedown with its two cars, which needed servicing after their endurance runs at Ricard.

Rebellion Racing is set to debut its second R-13 this weekend at Spa, after running at the Prologue with just one car last month. 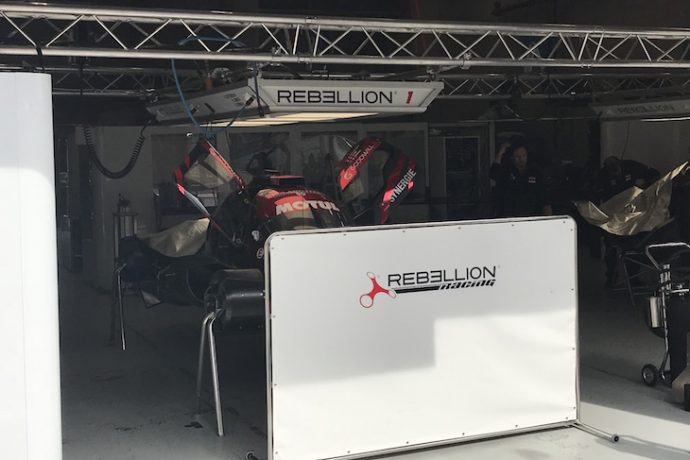 Since then, the team ran at Magny Cours, driver Gustavo Menezes telling DSC that it was a successful test despite a few new-car niggles. The team didn’t have the second car available for its run at the former grand prix circuit however, meaning its first laps will come in practice timorrow.

Here, the #3 Rebellion R13, drivien this weekend by Mathias Beche, Thomas Laurent, and Gustavo Menezes is the car that ran at Paul Ricard, while the #1 is the fresh build.

Notably, the team put up screens in front of its cars in the garage today, though the rule emposed in 2016 still stands though, so the team will not be able to shield its R-13s to the public from tomorrow onwards.

Frenchman Julien Canal will replace Fernando Rees this weekend in the #50 Larbre Competition Ligier JS P217, the only Ligier in the LMP2 class. 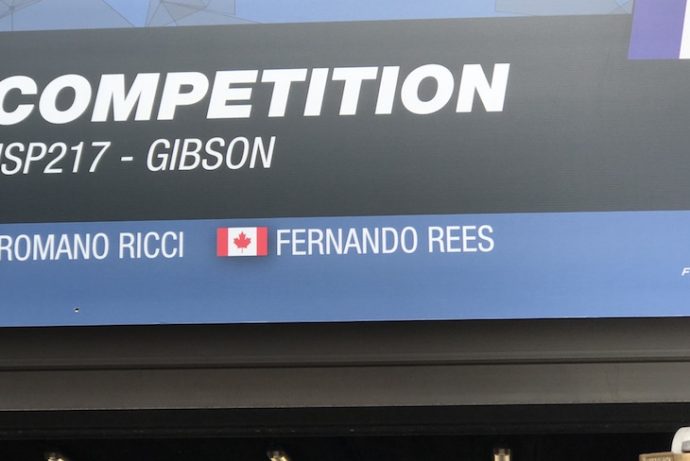 The change is already being reflected in the team’s gantry while the WEC signage still shows Rees, who confirmed that he will sit out the season last month on Facebook.