Fernando Alonso took home a victory, together with his #8 Toyota team-mates Seb Buemi and Kaz Nakajima in his first race in the FIA World Endurance Championship last weekend at Spa Francorchamps, his first win an FIA championship since his win with Ferrari at the 2012 Spanish Grand Prix. His last win at Spa was back in 2000 in his sole season of International F3000 with Astromega, his sole win of a season plagued by unreliability.

It has not been as long as people think though since Alonso won a race however, the Spaniard saying that he “…won in a go-kart a couple of weeks ago,” while holding onto his trophy which he was not quick to give away. Toyota’s PR manager Alastar Moffitt asked Alonso if he wanted him to hold the trophy while Alonso conducted post-race interviews but the Spaniard quickly replied, “No, no,” and walked onto the stage for the press conference.

“We took quite a safe approach knowing we had a good advantage, but with the safety cars our advantage went away.” The six-hour race featured three safety cars that frequently bunched up the field leading to a handful of tense moments as cars darted around each other looking for space on restarts.

“There was a lot of traffic, a lot of risky moments, but I think we executed the race to perfection,” Alonso said, also commending his teammates Kazuki Nakajima, and Sebastian Buemi for the job they did, “… they made my job easier.”

Despite holding onto a comfortable lead for most of the event it was not a sit-back and relax race for Alonso and Toyota. “All race long you need to stay at the top of your game… you need to be ready for everything with how quickly everything changes.” 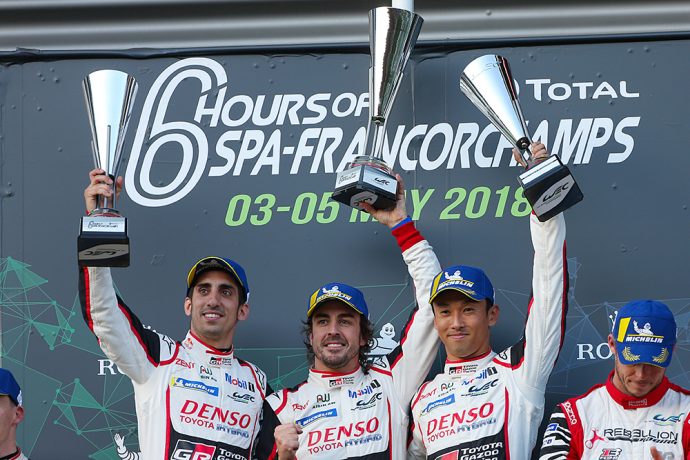 With the win here in Spa-Francorchamps the team now has their sights firmly set on Le Mans and finding success there, a task that has not come easy to Toyota in recent years after drama in 2016 and 2017 lead to them team falling short of the top spot on the podium.

Alonso believes however that the team is, “… ready for Le Mans,” and that they will go into the 86th running of the Le Mans 24 “…with confidence.” 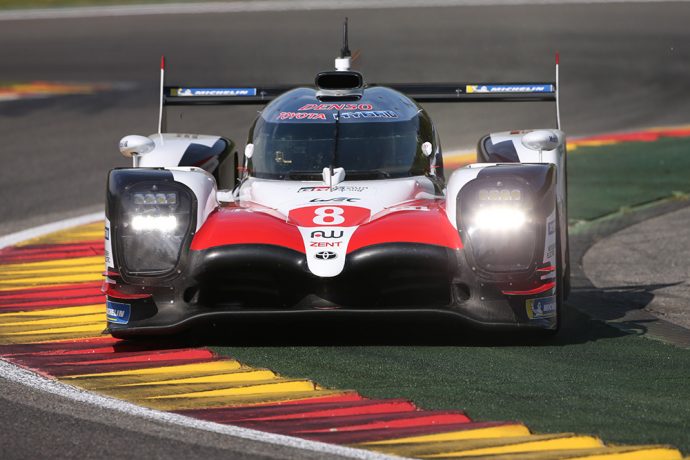 For now though Alonso will be taking in the feeling of his first international race win in five years. “This is so nice to feel the podium — I will be here all night long, I will try to sleep here.”

He won’t have been able to spend too long there though as he is due back in Formula 1 and with McLaren for the Spanish Grand Prix, his home race and the same place he saw success in 2012.