DSC understand’s that today’s race will feature two pre-race formation laps, the race clock starting at the end of the first lap.

The #9 AT Racing Ligier JS P3 has had all of its times in qualifying cancelled after post-qualifying scrutineering. The car was found to have violated article 3.5.4 of the 2018 Technical Regulations for LMP3 cars regarding the height of the front splitter. 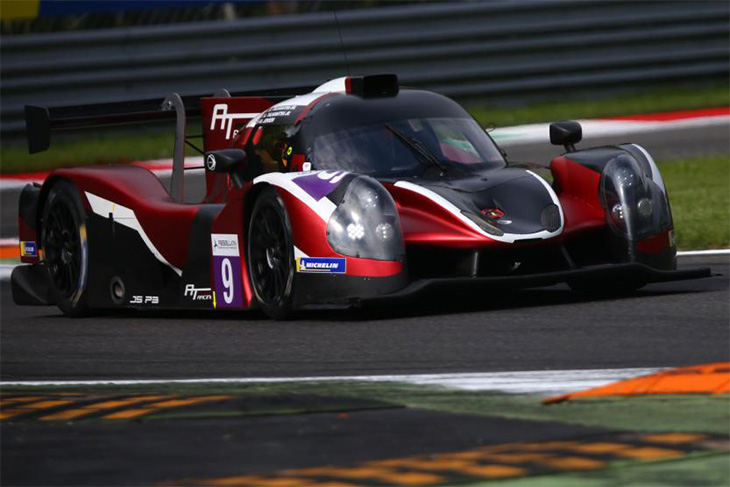 This is the same reason why the APR – Rebellion Oreca 07 LMP2 car had their times deleted in qualifying yesterday.

The #9 Ligier will to start the race at the back of the grid.

So far this morning the sun has been out and the tempurature trackside has been high. There is however a thunderstorm forecast for later today, which could arrive towards the end of the race.

But, so far this weekend, the weather has been pretty unpredictable, so we’ll have to wait and see if poor weather intervenes.

The #66 JMW Motorsport Ferrari 488 GTE was repaired overnight after suffering a shunt yesterday during Free Practice 2 with Liam Griffin on board. 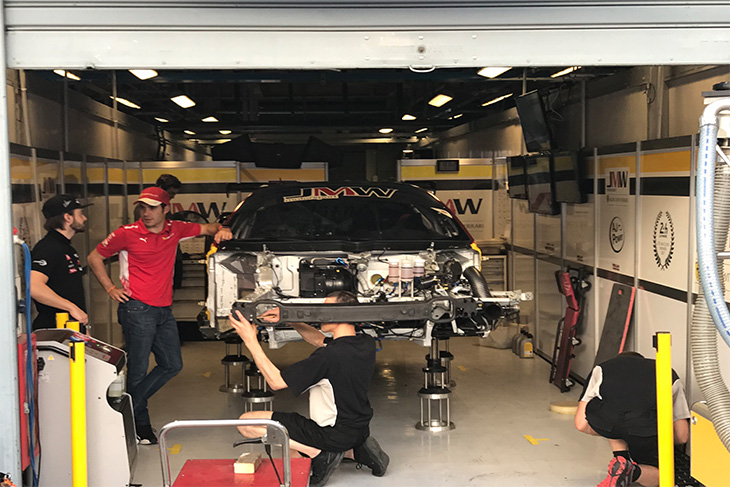 The car missed qualifying but the team submitted a request to still partake in the race which was approved by the race stewards. The #66 Ferrari will begin the race from the back of the grid and the starting driver will have to be Miguel Molina as he was quickest driver in the car’s practice sessions.

Yesterday marked IMSA regular Colin Braun’s first race at Monza, first race with United Autosports and first race in the Michelin Le Mans Cup. And it was a successful one too, finishing 10th after a late charge in the race the Ligier he shares with Naj Husain.

“It was great to come here, to such a historic place, and learn so much without the pressure of being in a big battle. I’m really looking forward to the rest of the season now.”

Braun missed the Le Mans Cup opener due to a clash, but is due to compete in the remaining rounds with United.

First pole for Lahaye since 2012

Mathieu Lahaye scored pole ysterday for the Ultimate team in LMP3 (featured). It’s been a long time since his last pole in the ELMS, which was at the 2012 6 Hours of Donington. Back then, Lahaye was sharing the wheel of a Morgan Nissan with Jacques Nicolet. That car finished in 6th position overall.

Former F1 driver Felipe Nasr has been enjoying his first weekend racing in the ELMS with Cetilar Villorba Corse. This weekend he’s replacing Andrea Belicchi who has stepped back from his drive due to back issues. This programme adds to his packed IMSA programme with Action Express and Le Mans birth with the Italian LMP2 team. 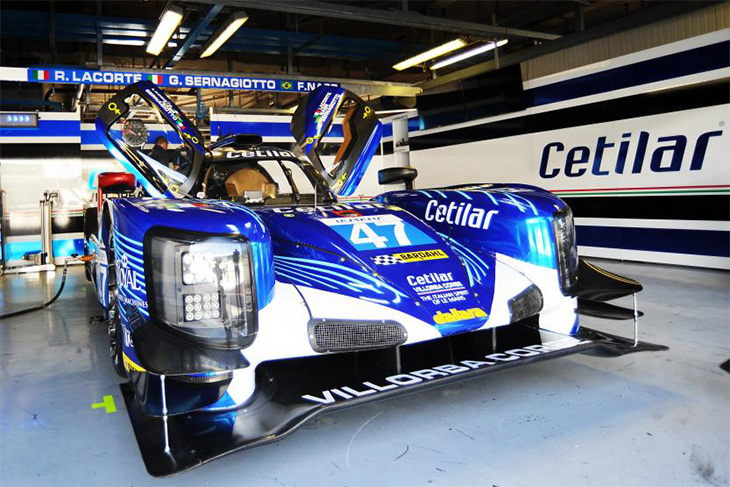 He spoke to DSC this weekend about his experience here at the ‘Temple of Speed’:

“I am very pleased with the car. It’s my first race weekend here with Cetilar Villorba Corse. I tested the Dallara in November and I immediately sensed that it would be a great opportunity for me. I thought I would fit in very fast, especially as I know all the tracks we are racing on this season.

“Our car is actually very comparable to the Cadillac DPi I drove in the US, of course. Although tyres and engines are not identical, there is not much difference overall. It’s a great car to drive with a very efficient aero. It actually feels very much like a Formula car.

“Although the Dallara is well balanced overall, we currently lack of downforce at the front… that is an area for improvement. At least the car is not pumping much. Having that additional front grip would make it perfect to drive.

“What I am really looking forward to now is the 24 Hours of Le Mans. It is my first time there and it will be a great experience. For the test day week-end, I will race in Detroit [on June 1] and then I will fly over night to Paris and drive our car on the Sunday. It’s important to me. I really can’t wait !”

Don’t forget that you can follow all the action live on the European Le Mans Series’ website today. The race starts at 12:30 local time in Italy, with free live timing and a stream available for fans. You can also watch the race on DSC too.

This weekend Graham Goodwin will be joined by Alex Brundle in the booth.