The last hour and a half of the ADAC Zurich Nurburgring 24 Hours was a story of two racers.

The run for victory for Manthey Racing and Fred Makowiecki and to defend the lead from Team Black Falcon and Adam Christodoulou.

For Makowiecki in the Manthey Porsche, it was an attempt to salvage the weekend for Porsche. They had the fastest car. They took a 1-2-3 in qualifying. The sister Manthey car had the lead until their violent retirement. The remaining car suffered a puncture on the first lap and a 3:32 penalty for a Code-60 violation.

The red flag period closed a several minute gap for them and put them in the hunt for victory. The conditions were tough. There was heavy fog and rain.

All the ingredients for a thrilling finish.

“For sure the red flag was a big chance for us – with our penalty there was a small gap and without the red flag it would not have been possible for us to come back. When you have the red flag, you reset the race. Now we start from zero,” Makowiecki said.

“At the end I jumped in the car and my teammate had the spirit to say ‘Fred, we don’t we want to see you come back P2. If you come back P2, don’t come back with the car.’”  “Maximum attack – give it everything and if you crash we will not be disappointed because we could not win. It is not often you have this spirit and we are proud of that.”

The win came with some luck and a lot of strategy from the team and the four drivers.

But that is what is needed in a race like this. There are so many elements. Even down to the restart of the race.

Not only was there thick fog, the call to bring in the safety car came very late. 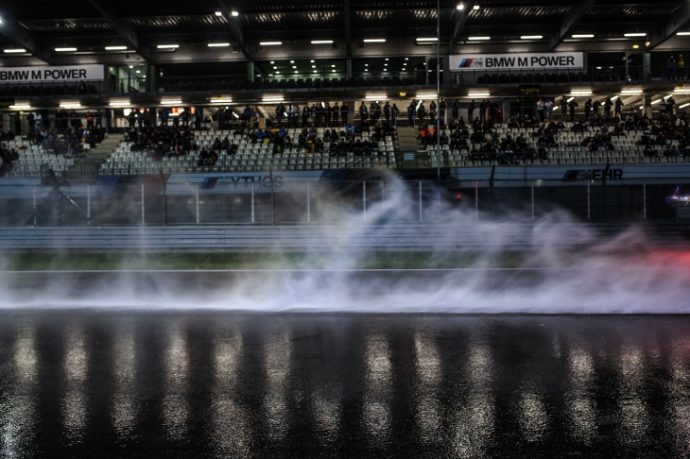 “I was shocked [the race went to green]. The safety car pitted in late and I said ooh. The team told be to be prepared but Adam created a small gap as I didn’t expect them to restart the race. It was so tricky – so slippery to drive!

“You know when you win a 24 Hour, you need to have a small part of luck and everything went well.”

“With everything that happened it was a miracle to be in the fight for the last one and half hours.”

It all enabled Makowiecki to bring home another win for Porsche and hold up the pride for the team in a race where they evidently had the pace no one else had.

For the end of part one of this feature, we will leave it for Makowiecki to summarise what is needed and how special this race is. It is also why we will have part two with the other side of this coin coming up.