The announcement earlier this week that Guy Smith would be stepping down from his factory seat with Team Bentley Msport after this weekend’s Blancpain GT Endurance Cup race at Silverstone was a surprise to many, not least its timing mid-season, but the response from the sportscar and GT racing community was no less heartfelt.

“Class Act”, “Perfect Ambassador”, and many more of the same ilk were the most prevalent comments, but Guy isn’t done yet with racing!

The DSC Editor caught up with Guy as he was en route to that last race as a factory driver, ironically he’d spent the previous evening a short distance from the DSC HQ, at the RAC Club taking part in the Hope for Tomorrow ‘Legends of Le Mans’ dinner, a charity that raises funds for mobile cancer treatment units.

“It was a brilliant night, a fabulous cause and just so many legends of the sport.”

That, right there, is one of the reasons that Guy is so very much liked, full acknowledgement of his peers and heroes, never an assumption that he is a full member of the ‘Legends’ pack!

So Guy, when did you make the decision to step back?

“I think over the last couple of years it has been in the back of my mind that I should have a plan. And as these things do it had been crossing my mind rather more lately.

“The catalyst really has been that I am very busy away from the track, there is family of course but in addition there are business commitments that are ramping up.

“Some time ago I set up, with a couple of others, Greenlight Sport Entertainment, that is a company that is working to create partnerships between companies and sport, and it is proving to be pretty successful. And, as happens in these cases, it is going to require more of my time to help it grow.

“On top of that there’s the family business (Swift Leisure), I am a board member and, again, that is a responsibility that I take seriously. This is a very substantial company, (Swift turns over c.£300 million per annum), but again the time required to take that seriously has an impact.

“For instance a week or so ago I got back from a 3 hour bike ride as part of my fitness regime and almost straight into a 4 hour board meeting.

“All of that means that quite often I am only able to shift full attention to the racing just a few days before each meeting, and that isn’t right for me, or for the team.”

That doesn’t mean though that we won’t see you still racing?

“I hope not no. It’s been made clear that I am still, in addition to existing, and developing roles as a mentor and advisor, plus my pre-existing role as a Bentley Brand Advisor that I am still available for customer racing roles including PWC and British GT. That appeals to me of course, I’m not ready to stop racing, or rallying for that matter (Guy owns and rallies a classic Ford Escort), but I simply don’t want to be ‘that guy’ that is letting the factory effort down.”

You’re being replaced in the factory line-up by Jordan Pepper?

“Yes, and I am delighted for him. He’s a talented lad, and I think he is going to surprise more than a few people. He’s a bit under the radar, a lot of people know very little about him after doing most of his GT racing in ADAC GT Masters, but he’s one to watch for certain.”

Tell us a little about when you told the team of your decision?  “It was really quite emotional, and it was only really a couple of weeks ago.  “I had a meeting with Brian (Gush) at Crewe and before then I’d been on a factory tour with some guests.

“I was surprised that he was so completely taken aback by what I was saying. I guess you always think people have already understood what it is that you were thinking, not the case here!   That said his reaction was everything I would have wanted. He said he would love me to carry on but totally respected the decision. Brian has been around for a long time too in a hectic corporate environment and he very clearly understood where I was coming from.

“Bentley Motorsport is changing now too, bigger than it has ever been and with just really Brian, John Wickham and myself still there from the very early days.

“Nick Burns is now in place as Head of Motorsport and there’s something of a Changing of the Guard underway. It’s a good time to allow a new team to shape the future, albeit with some input from a couple of the old boys!”

And that’s a good point to ask where and how it all began with Bentley?

“I was racing with Stefan Johansson in 2000 and the Team Manager was John Wickham. The car wasn’t reliable and it was proving to be a frustrating year a round.

“That could have been a real problem but luckily John saw the situation for what it was, understood, and we really got on.

“Later in the year he told me that he was going to Team Bentley for a Le Mans programme. He told me too that they were looking for a young British driver and that he would put my name forward.   “I was delighted of course but truly didn’t think I’d have a hope, there were a lot of other names in the pot, several of them really high profile.

“I was invited to come testing and to meet the team, James Weaver was driving. That came after I had lost a bet with the existing team and had agreed to bleach my hair blonde. It was at the point where that was growing out and looked awful! 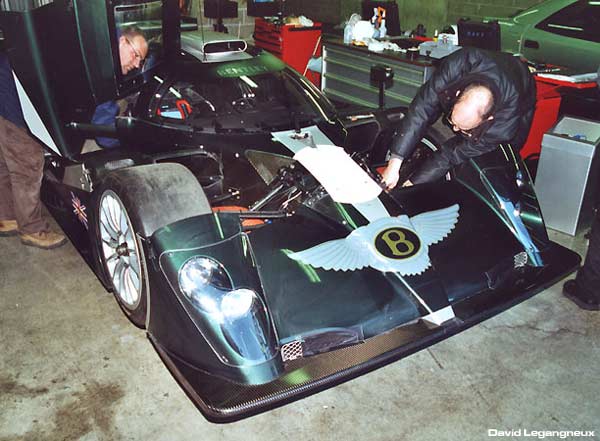 “Of course that was the point I was introduced to, and interviewed by, the top team, including Sarah Perris, her role as communications head meant that she took charge of everything ‘Bentley’ and the image was key.

“You’ve got the drive. Lose the hair! was the message. I was ecstatic, the hair was sorted immediately!!   “Truly that changed my life, the programme was superb with excellent people and an awesome car. I know a lot of people say this but it’s true, when you are in the middle of something that good you simply don’t take it all in. But it was a magical time. 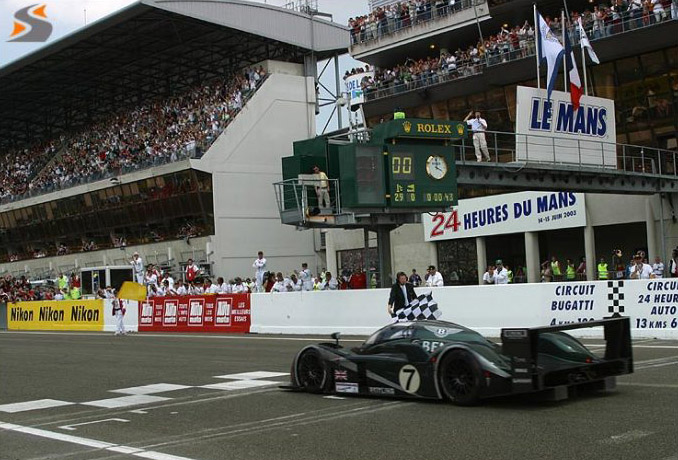 “There’s no doubt whatsoever that having those words, Le Mans 24 Hours Winner, on your cv makes a massive difference and I have Bentley to thank for that. 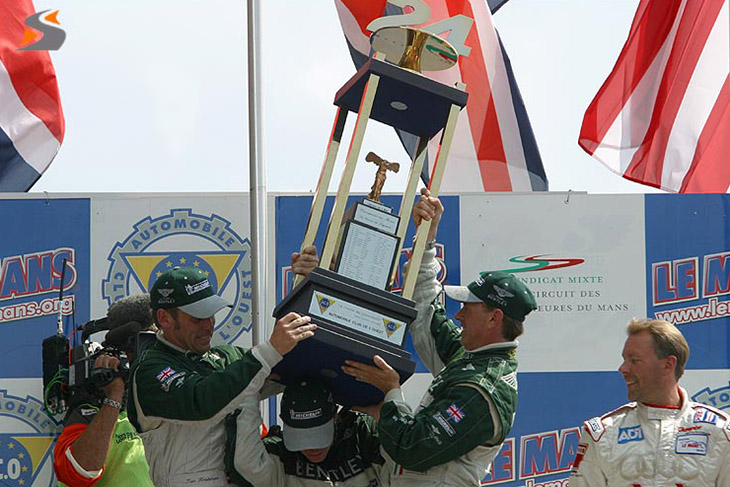 “I was very sad that it stopped in 2003, but there were other corporate commitments and truly it was mission accomplished for Bentley at the time.”

But it wasn’t game over for the brand in the sport?

“No and when I got the call from Brian about the GT3 programme it was a wonderful surprise, I’d been racing in the meantime of course with Quifel ASM, Rebellion, and with Dyson too (Guy seen here winning at Mid Ohio by 0.5 seconds with a VERY happy Rob Dyson celebrating!). 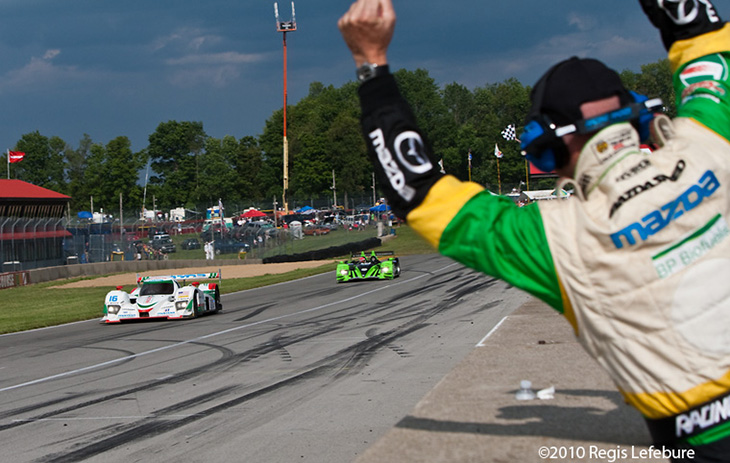 “But when a brand like Bentley asks if you are interested you do well to take that seriously. Of course by then I was firmly part of the Dyson racing ‘family’ which came into play a little later of course, and at 39 years old most of my post single seater racing had been in prototypes, GT racing was a very different challenge but what a fantastic opportunity to do something different!

And how did that challenge come into focus with the first generation Continental GT3?

“It was a very good car (seen below at its public debut at the 2013 Goodwood Festival of Speed), competitive and capable of challenging for wins at the big races, and Championships too.  “At Spa first time around we came very close and later, when we had worse luck at Spa we came close to nailing the Championship. The year we had a pair of dnfs a top ten would have won us the title. 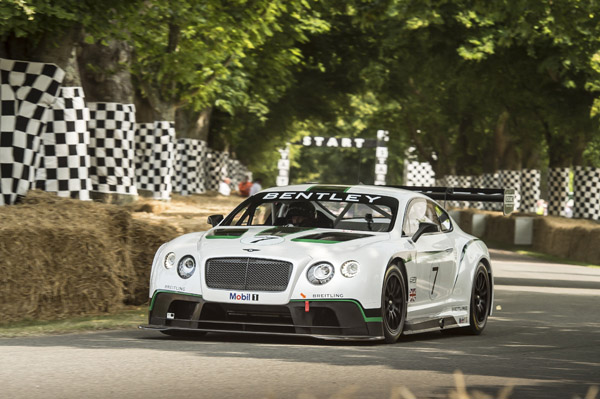 “As the programme moved on the #8 car took the mantle, not surprising to see that as the Blancpain Championship is just so competitive.

“Of course the big races are key, for the team, the brand, and for the drivers too, races like Le Mans and the Spa 24 Hours are massive on a driving cv and, of course, Bentley would love to take a win on the very biggest stages, and have pushed very hard at most of the really big GT3 races, they have all been a privilege to be a part of, Spa, Bathurst, the Nurburgring, all huge events.

“We’ve come really close at Spa, but that race is one of the toughest of all, I think its now tougher to win than Le Mans with around half the grid, 30 cars, capable of competing at the very sharp end.

So as the factory driver part of your career draws to a close what, aside from the 2003 Le Mans win pretty obviously, are the highlights you’ll look back upon? 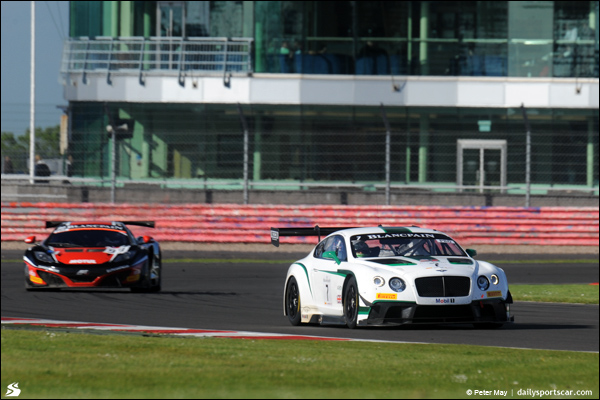 “There were a number of ‘firsts’ and they are always special. The first win for the GT3 car here at Silverstone back in 2014, all the more special for being on home ground, a real privilege to be part of it was a major highlight, a very British car in front of British fans with an all British crew with (Stephen) Kaney and Andy (Meyrick). 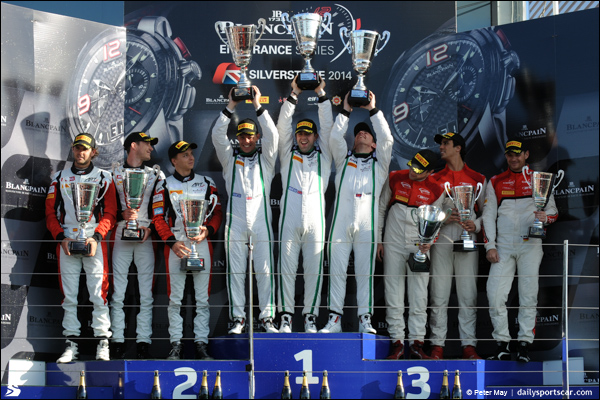 “It was special too for another reason, to be part of a programme from its conception to the first win is not something that many drivers get the opportunity to do.

“And the first race win for the car in North America too, at Miller Motorsport Park in Utah in Pirelli World Challenge (and on Guy’s 40th birthday), that was all the more special for being with Dyson Racing for that win, and with Butch (Leitzinger) that weekend, it competed a circle, Bentley and Dyson have both been a massive part of my career and to score that win with both was a very special moment. 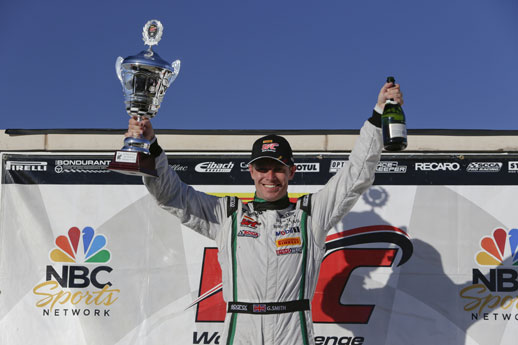 “I’ll move on to the next phase of my career with a lot of special times to remember, yes with some regrets but knowing that the team are in very good shape, I’m happy to have made my mark, now it’s time to let someone else have a crack!”