Reigning LMP3 Cup champions Nielsen Racing / Ecurie Ecosse came away from Brands Hatch with two victories in the hands of Colin Noble and Tony Wells to lead the standings after one third of the season.

Despite disappointing grid numbers for the weekend (4 cars for race one, three just three for race 2), the action was tense during qualifying sessions as Duncan Williams in the Mectech Motorsport Norma M30 secured pole position on his final lap in both sessions. “We don’t go out on the GP circuit too often, and you can make a lot of mistakes out there,” he said. “The cars are very exacting, it’s very different to Radicals and CNs so it’s a different mindset.”

In the first race of the weekend, shortened to 45-minutes owing to a late-running timetable, there was a split in strategies with the #1 and #2 Ligiers opting for the ‘Pro’ drivers in Noble and Johnny Mowlem respectively, while Williams started in the #21 Norma and Dominic Paul in the #96 Speedworks Motorsport Ligier. 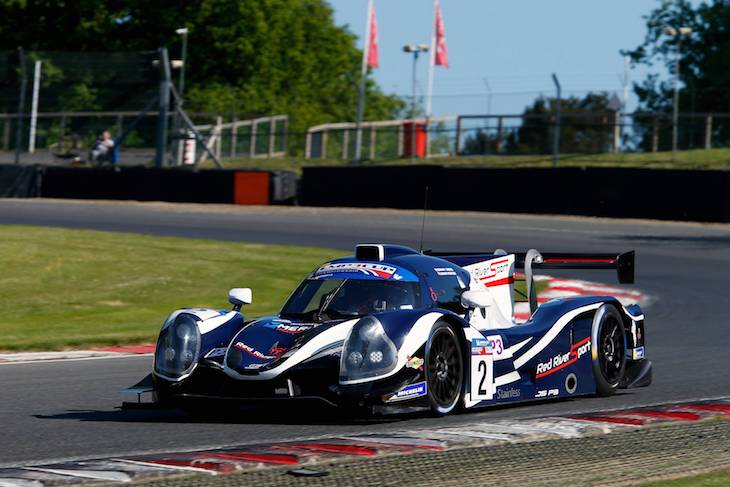 Noble and Mowlem raced into the top two spots as the field went four-wide across the line to start the race. Wells assumed the lead in the #1 when Bonamy Grimes stalled in the pits and held on to secure the win. He made a quick start to take the lead in race two but was given a ten-second penalty for jumping the start, though he and Noble we able to build up a big enough gap to take the double.

“I thought I got a good start,” said Wells. “The car was a bit oversteery and I didn’t have any lap times, and I need those to judge my pace, so I didn’t know what I was doing. I got my head down and built up a lead.”

Aware that a move would have to be completely clean to avoid taking out the Nielsen team-mates in race one, Grimes settled for second place rather than risking disaster in the closing moments. “I think I had more pace, but it would have been a risk to overtake,” he said. “It’s not the easiest circuit to pass on.” 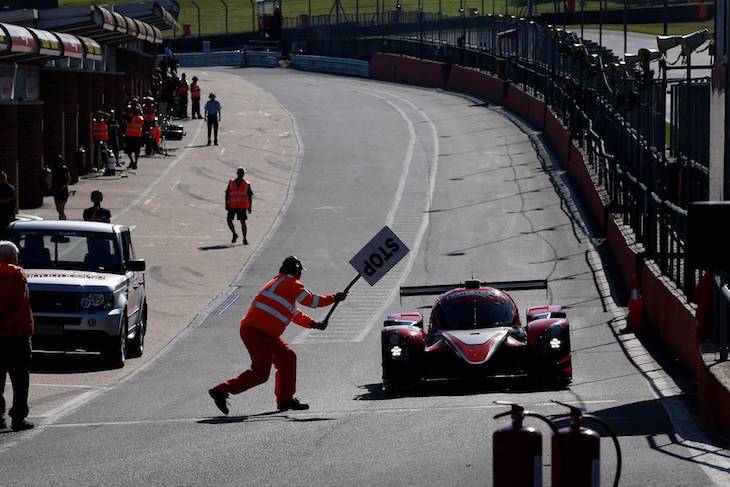 It was a disappointing weekend for Mectech Motorsport who couldn’t convert either pole position to a race win. Bradley Smith was closing on the leaders at an astonishing four seconds a lap in race one but was given a mistaken stop/go penalty, before timekeepers later apologised for the error, while a spin for Williams early in race two put the pair too far back to challenge.

“It’s such a shame”, said Smith. “Mectech and Norma have put together a great car and done a lot of hard work. It proves how tough the Brands Hatch GP circuit is that one little mistake can cost you. It’s nice to have people like Tony and Colin in the championship from the Le Mans Cup to compare to. It’s a quality grid and competition is fierce.”

Rounding out the field was the #96 Speedworks Ligier. Handling problems meant Jack Butel and Dominic Paul struggled for pace in race one, but overnight changes paid off with Paul going well in Sunday’s qualifying. On a lap which would have secured pole position, he ran wide and spun back across the track making heavy contact with the barriers. He climbed out without injury, but the car was unable to compete in that afternoon’s race. 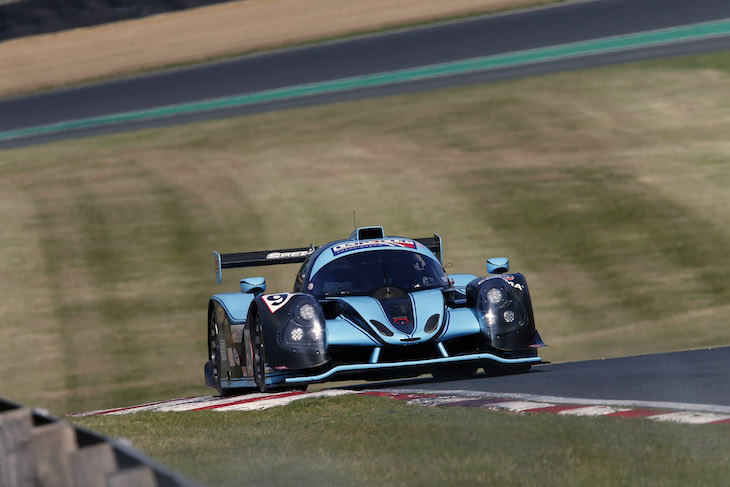 “We made a lot of setup changes and the car felt so much better,” he said. “I was on a really fast lap, but I carried too much speed into Stirlings and it snapped away from me on the grass. We would have had pole, but unfortunately, these things happen.”

The Championship next races at Spa Francorchamps on June 1/2/3, with organisers hoping for a number of extra entries from European series to boost grid numbers.