The project, to encourage, mentor and coach mobility impaired drivers into top level motorsport has received the support of the FIA and the ACO through their respective presidents Jean Todt and Pierre Fillon. Vincent Beaumesnil (ACO) and Nicolas Deschaux (FFSA) have offered further encouragement.

Less than a year after it was officially launched during the week preceding the 24 Hours of Le Mans 2017, La Filière Frédéric Sausset head into competition this weekend at Paul Ricard with the VdeV Series.

For its first season, the French team based in Blois will be entering a Ligier JSP3 in the LMP3 category. This car will also be racing in either the Michelin Le Mans Cup or in the European Le Mans Series in 2019 and 2020. La Filière will enter another car in the 2020 24 Hours of Le Mans.

Three pilots have been selected to represent La Filière: Takuma Aoki from Japan, Snoussi Ben Moussa from France, and Nigel Bailly from Belgium.

Friday morning was the first time that any of the drivers had actually sat in the Ligier and there was thus much to be done with regard to drivers’ set up and comfort. 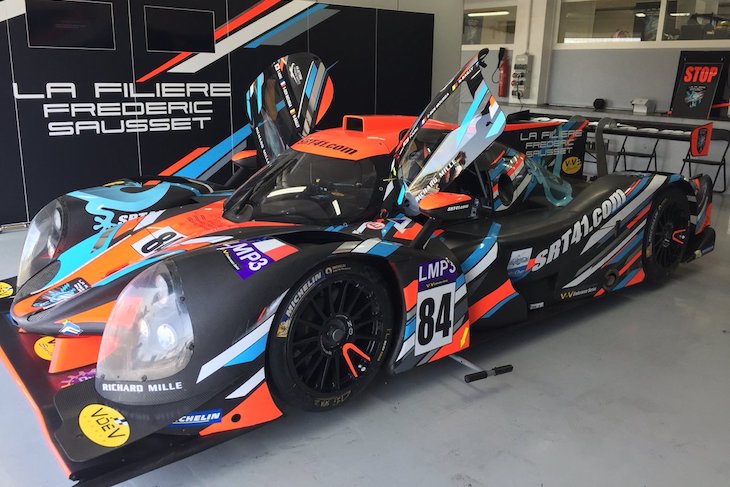 One of Fred Sausset’s 2016 team-mates and a close adviser to the La Filière project, Christophe Tinseau took care of the car’s shake down at Paul Ricard (pictured at top of page).

“We’ve been working hard all winter,” explained Frédéric Sausset. “We had to meet with our various partners, select and train our drivers, and fine-tune our team. We’re ready to begin our season in the VdeV Series. It will be the first of three stages in our journey to the 24 Hours of Le Mans 2020, to which we have been invited by the Automobile Club de l’Ouest.” 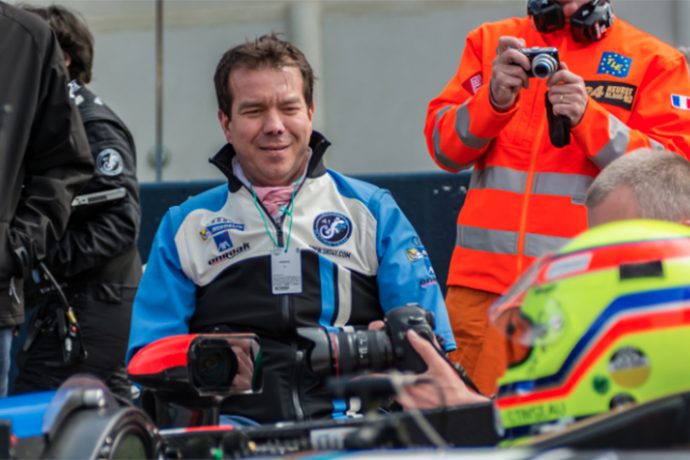 “It was vital that we have a team representing many continents, nationalities, and handicaps,” Sausset recalled. “We’ve managed to achieve that with these talented and very promising drivers.”

The clutch (which is used to leave and enter the pits) is also a separate lever on the left hand side of the steering wheel.   Snoussi uses conventional left/right hand pedals to use the clutch and to brake.

Despite their physical handicaps all three drivers enter and leave the car with no external assistance.

Takuma Aoki is 44 years old and lives in Tokyo, Japan. He is a professional driver and the manager of a company. He has won a number of motorcycle races (champion of the All Japan Road Race Championship 1995 and 1996 in the Superbike category and fifth place in the MotoGP World Championship 1997) as well as automobile races (winner of GT Cup category in the Asian Le Mans Series 2016). Takuma has been paraplegic since a motorcycle accident in 1998. 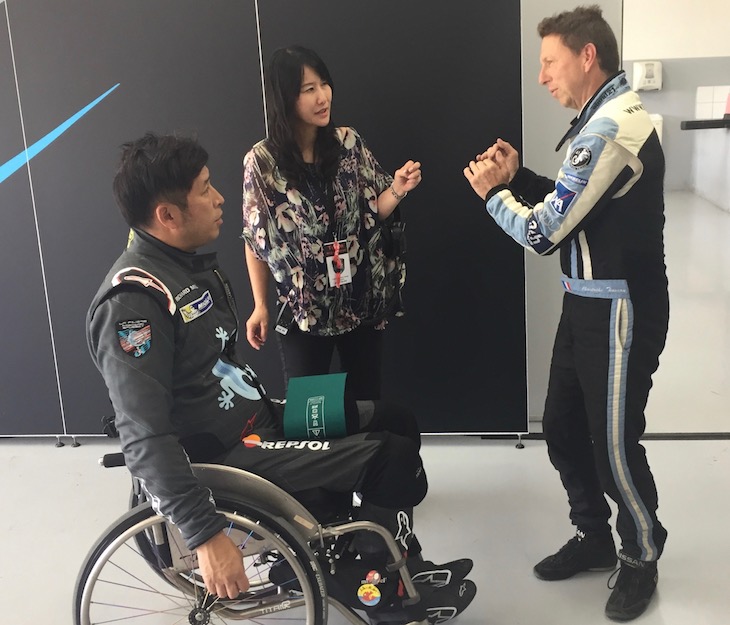 “I’m finally going to realize my dream of competing in the 24 Hours of Le Mans! Thank you, Frédéric!” he declared. “I’m going to keep on conveying my message to the world that a human being’s possibilities are endless! My first goal will be to complete the races thanks to our combined efforts and to progressively improve our results.”

Snoussi Ben Moussa is 35 years old and lives in Pont-Sainte-Maxence, in the Oise region of France. Snoussi has been a driving instructor at Pro-pulsion since the end of 2008. His best results as a competitive driver were eleventh place in the 24 Hours of Le Mans Karting 2013. Snoussi is a left-hand amputee. 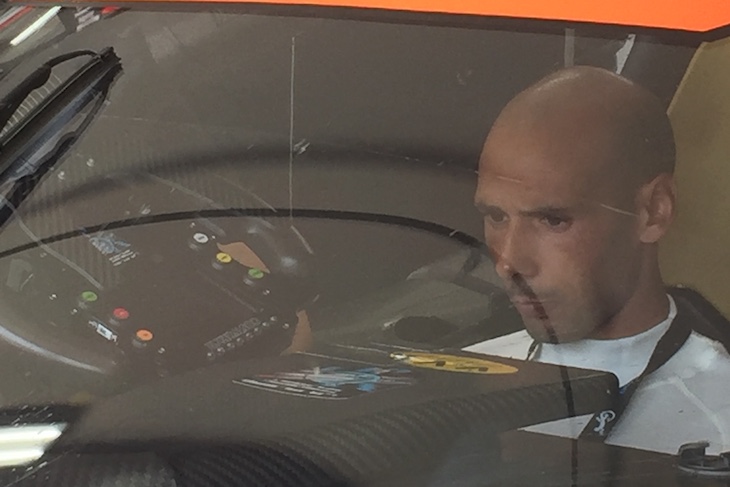 “Thanks to La Filière Frédéric Sausset, my dream is going to come true. With this team, we will be able to show that we are capable of being at the same level as non-handicapped drivers,” he said. “Being handicapped is not an obstacle. We have to communicate the message that it is always possible to realize your dreams and that it is time to include handicapped people in all sporting events.” 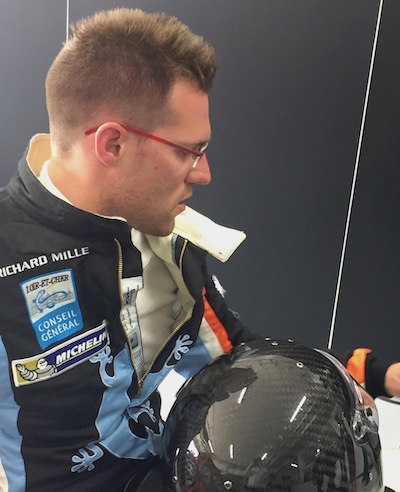 Nigel Bailly is 28 years old and lives in Trazegnies, Belgium. He currently competes in Belgian BGDC championships. He has been paraplegic since a motocross accident in 2004.

“Of course I would really like to compete in the 24 Hours of Le Mans,” he said. “But I would also like to enjoy working with the team and the people around me, to evolve technically and physically, as well as to ensure that this experience benefits as many people as possible” he said. “A wild experience lies ahead of us!”

For its debut at Paul Ricard, La Filière Frédéric Sausset will be making automobile racing history by being the first ever 100% handicapped team to compete in an FIA closed prototype.

La Filière Frédéric Sausset will compete in the remaining four races of the 2018 VdeV Series, including:

La Filière Frédéric Sausset would also like to thank its patrons (AXA, RICHARD MILLE, the Fondation d’entreprise MICHELIN, FIDAL Groupe, ad Lahaye Transport) as well as the FFSA, the FIA, and the ACO for their trust and support.