More to come later today on this rather excellent story but today has seen the covers taken off the ‘La Filiere Frederic Sausset’ Ligier JS P3 that makes its racing debut this weekend in the VdeV Series at Paul Ricard.

This is the latest, and by a distance thus far the most public, step for Fred Sausset to bring forward an academy for mobility impaired drivers to move into racing.

Quadruple amputee Sausset himself of course proved the concept with his astonishing run in the 2016 Le Mans 24 Hours in an adapted Morgan LMP2 car, entered as a ‘Garage 56’ car for his SRT41 team, he, together with his team-mates Christophe Tinseau and Jean-Bernard Bouvet finished the race. 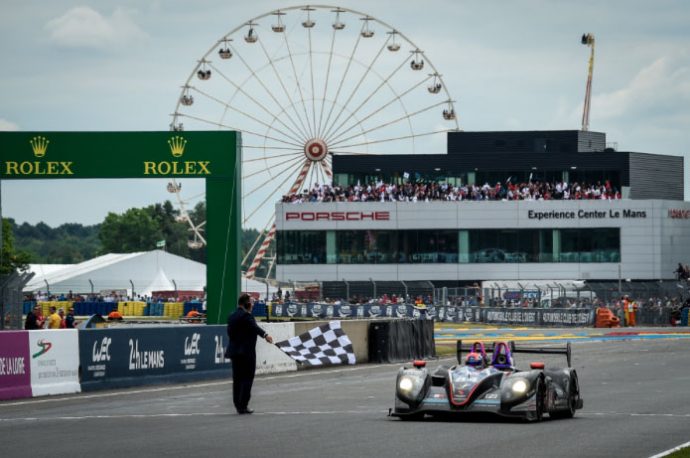 Now his driving takes second place to the efforts he’s making to find a way forward for an initial trio of drivers.

Takuma Aoki is fairly well known to DSC readers, the ex Moto GP rider, injured in an 1998 accident, was part of the TKS team that took the GT Cup title in the 2016/17 Asian Le Mans Series.

Belgian racer Nigel Bailly has plenty of form too on track, injured in a motocross accident at the age of 14 he has raced both on circuit and in Rallycross competition.

Frenchman Snoussi Ben Moussa steps up with SRT41 from karting.

You can learn far more about all three and about the plans for the team and the academy this evening.