Ollie Wilkinson and Optimum Motorsport capped a perfect weekend in the GT Cup at Brands Hatch with three wins from three races in its Audi R8 LMS GT3. The team, which usually competes in GT Open, opted to enter Wilkinson and team-mate Bradley Ellis to build its knowledge on the rarely-used Brands Hatch Grand Prix track. 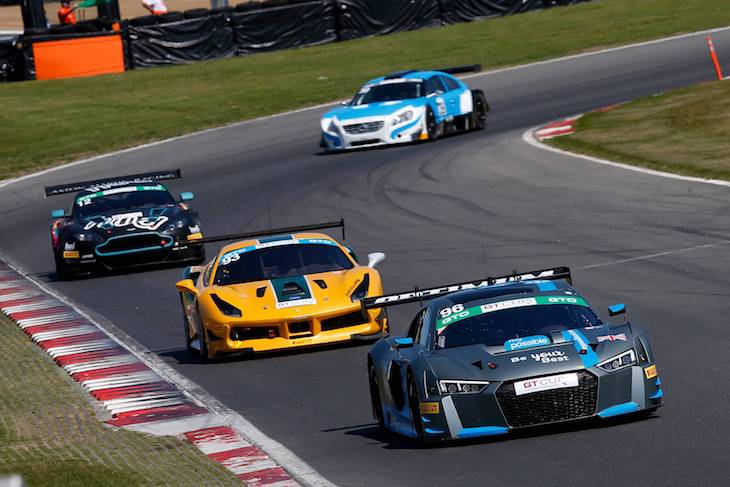 Despite being Wilkinson’s first appearance on the Kent circuit he was fastest in both qualifying sessions, took solo wins in the two sprint races, and added a third victory alongside Ellis in the pit stop enduro, the perfect response after losing a class win in GT Open at Estoril with a late gearbox failure.

“Coming here not knowing what our pace would be like and to leave with three wins, two pole positions and a fastest lap is a massive confidence boost for me,” said Wilkinson. “It softens the blow from the GT Open result.” 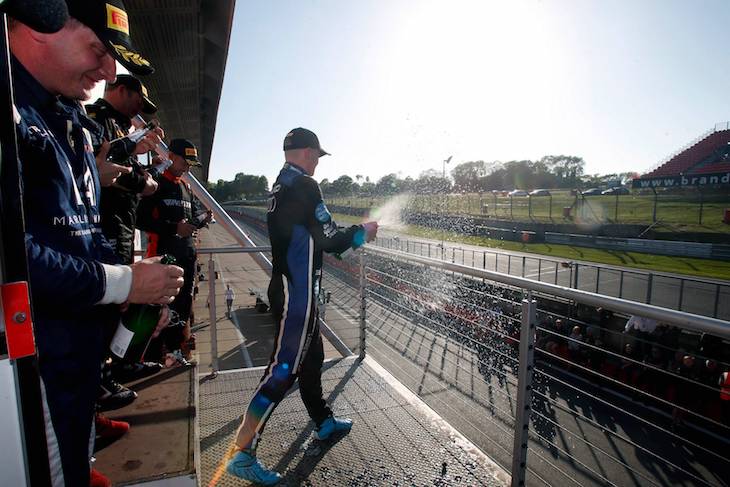 “Ollie’s done an amazing job all weekend,” said Ellis. “Going into this event, he’s only done one track day here and we did the track walk on Friday to make sure he knew which corner went left and right, but that’s it. Everything we throw at him he seems to master pretty quickly, as he’s proved again this weekend.” 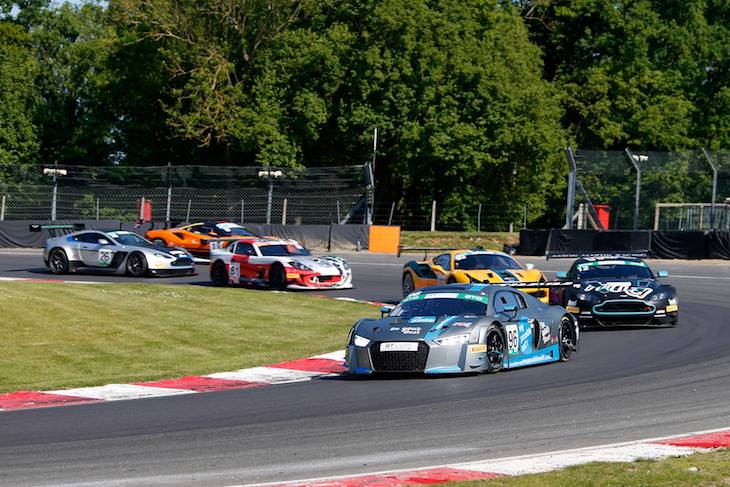 Also contesting their first GT Cup event were the Ferrari Challenge Europe duo of Chris Froggatt and John Sawbridge, who teamed up in a 488 Challenge machine. Like Wilkinson, Froggatt topped every session in Group GTC and added victory alongside Sawbridge on Sunday afternoon. 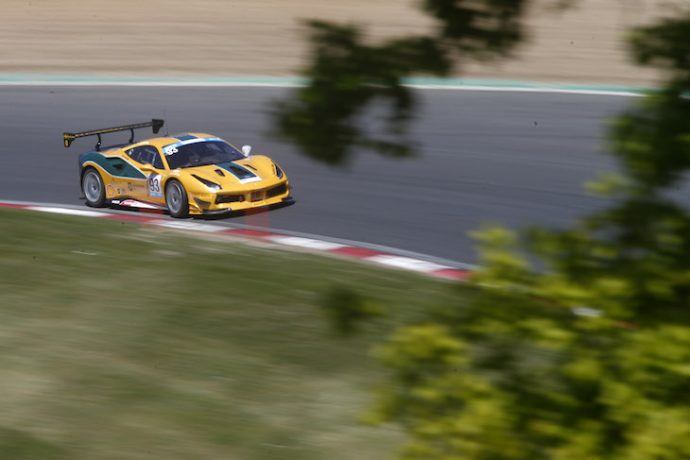 “It’s been really thrilling”, said Froggatt. “I started with a bit more confidence and pushed a bit harder. John drove really well in the last stint and we were able to hold position. It’s a great format with the GT Cup and I’d come back for sure.”

“I think last time I raced the old girl here was back in 2007 and I was 0.2s off the time I did then,” said Mercer. “We’re one of the oldest pairings on the grid so we did a good job! We’ve got a manual gearbox and a V8 engine in the front of it, so you’re driving by the seat of your pants.”

The wins in Group GTA went to Ginetta racer Tom Hibbert and Topcats Racing duo Gary Smith and James Reveler, while the spoils in Group GTH were split by Adam Hatfield and David Hollway in races one and two, with Holloway adding another in race three alongside Piers Johnson. “Piers is the guy that introduced me to motor racing, so to win a race at Brands Hatch with him is amazing,” said Holloway.