As the first practice session got underway under overcast conditions with a light drizzle in the air, both the UltraTek Racing Team RJN Nissan 370Z GT4s were in the garage, seemingly with a similar problem. The issue on the #53 was later diagnosed as an oil-pump problem which required an engine change.

Kevin Fletcher, driver of the #53 car with Martin Plowman, has not had a lot of luck in practice sessions.

“We just lost power on both cars,” said Fletcher, currently third in the GT4 Pro-Am Drivers standings. “Luck in practice sessions is not on our side at the moment. I didn’t get out in FP1 and 2 at Rockingham.”

Despite the frustration, Fletcher is enjoying the season so far.

“I’m loving my time in British GT,” said Fletcher. “It’s a great championship, full of fierce competition and has some of the best drivers in Europe, including factory drivers, and I’ve got one of the best, if not the best, in Martin Plowman.”

Witt in for Modell at RJN

Struan Moore has a new teammate for this weekend’s pair of races at Snetterton in the RJN Nissan GT-R GT3, Jordan Witt stepping in for Devon Modell, who announced earlier this month that he is stepping back from his programme with the team due to business commitments. 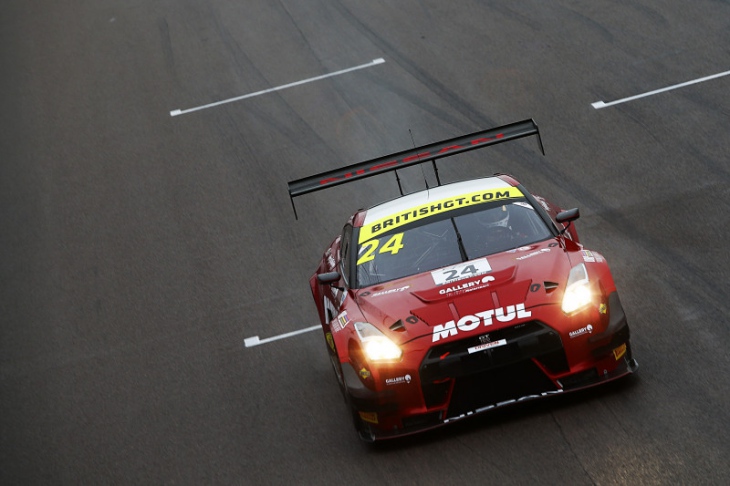 “My 2018 programme came together very late but British GT was an option originally before we committed to the Blancpain GT Series, so it’s nice to be back in the championship,” he said. “After Monza it became apparent that we needed more time in the car, and – although the Silverstone podium was a great result – I feel that’s still the case.

“Having said that, Snetterton is one of my stronger circuits in the UK and also where I clinched the GT Cup title two years ago, so it holds fond memories for me. A Silver Cup car was also on pole there last season so I see no reason why Struan and I can’t get a podium this weekend, and especially in race one when we won’t have a success penalty.

“It’s just a one-off for the time being – we’ll see how it goes and what we learn from it but the option does exist for us to continue beyond Snetterton.”

The #7 Team Parker Racing Ltd duo of Ian Loggie and Callum Macleod, in their Bentley Continental GT3, are enjoying a positive start to the season with a second-place finish last time out at Rockingham. Ian Loggie was in a confident mood in the Snetterton paddock. 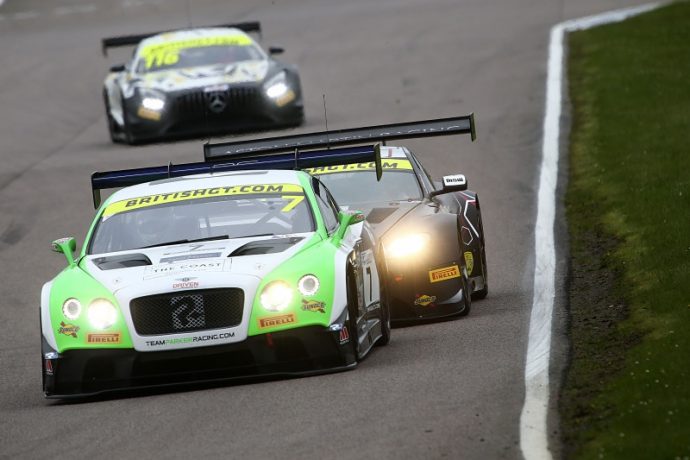 “We’re pretty confident,” said Ian Loggie. “If we can do reasonably well here, and we don’t need to win or even get a podium – I reckon if we got a couple of fourth places, then the rest of the season the tracks will come to us. Silverstone is good for us, Spa’s good for us and we think we’re got the car in the right place for us now. We should have been good at Oulton Park but we’ve always been a little unlucky there, what with the rain last season and the shunt I had. But I think we’re in a good place right now and I’m really happy”

Driver of the #1 Team Parker Racing Bentley, and current GT3 champion, Rick Parfitt Jnr, was clear in his views at Rockingham that the car was difficult to drive in the wet. Does Ian Loggie share that view?

“I wouldn’t say it’s undriveable in the wet,” said Ian Loggie. ”It’s a little bit of a handful but if it rained here tomorrow I still think we would be there or thereabouts. The biggest issue it has is when it’s very low temperature and you’ve got the rain. Obviously it doesn’t work the tyres as well whereas the Lamborghinis work the tyre. The tyre, I think, was developed for the Lambo because they were having blow-outs with the old one. In the main I would say the Bentley is OK in the wet. A bit of a handful but it’s fine.”

Mowle on his championship chances

Currently leading the GT3 drivers championship after victory in the previous round at Rockingham, Lee Mowle, driver of the #116 ERC Motorsport Mercedes-AMG GT3 with Yelmer Buurman, is not looking at winning the championship just yet. 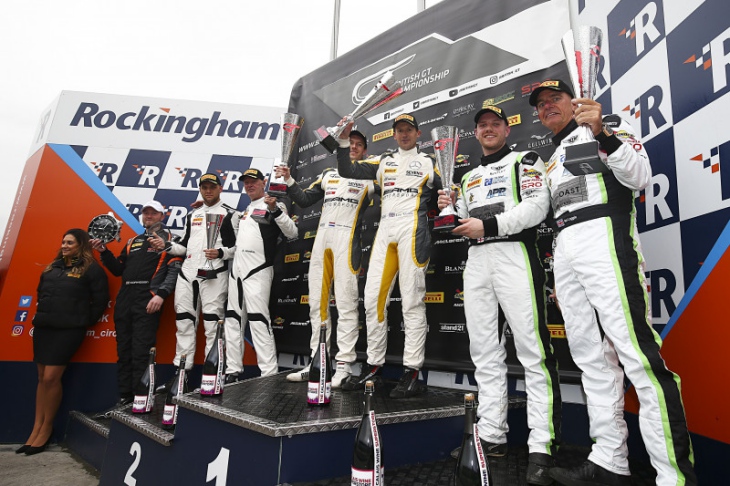 “It’s way too early in the season, to be honest,” said Lee Mowle, as he prepared for the second practice session. “We’ve had quite a bit of luck. We had a reasonable performance at Oulton Park. Rockingham was lucky – everybody else was making mistakes and we kept our nose clean but I had a poor qualifying there and we were in the right place at the right time.”

“I think the Astons will be really strong here and the championship will close right up. I think it will go down to the last round of the season as it usually does. There are far too many good pro drivers and the penalties are too severe round here. If you take a ten-second penalty, and the pros are all between two and three-tenths apart over a lap, you’re never going to claw it back. It’ll be swings-and-roundabouts and if you’re in with sniff come Donington, you’re going to have a chance.

“Well, I’ve never really had an official factory driver before so, when you looked at the quality of the Pros and the Ams this year in the championship, you need the best quality driver you can get in the car really and fortunately Yelmer was available,” said Lee Mowle. “He’s really quick. He’s not as experienced on some of the earlier circuits in the championship but from now on he’s raced on the circuits before.”

“Yelmer is a great guy to work with. He’s very relaxed and he’s very quick so data-wise it’s great to compare but I’ve been spoilt a bit with the drivers I’ve worked with.”

Sitting 10th in the GT4 Silver drivers standings with teammate Finlay Hutchison is Daniel McKay, driver of the #10 Equipe Verschuur McLaren 570S GT4. Speaking with DSC, McKay expressed confidence that the car will be quick for this weekend’s races at Snetterton.

“Finlay has a lot of experience in the car so he’s feeling pretty confident and I’m getting there myself as well,” said McKay. “The first round went pretty well until we realised we’d submitted the wrong forms. The pace has always been in the car. I think we had the lap-record at Oulton Park in qualifying which is always a good start to the year. Sadly, Rockingham wasn’t quite the weekend we wanted as the car didn’t suit the wet as well as we thought it would but I feel we’ll be quick at Snetterton his weekend.”

Qualifying for Rounds 4 and 5 of the 2018 British GT Championship begins at 15:50 on May 26 with the lights going out for the first of two one-hour races at 09:25 on Sunday May 27. You can stream both of the races tomorrow live on DSC, so check back tomorrow morning and bookmark our pages with the streams.