Championship leaders Jakub Smiechowski and Pontus Frederiksson took their first win of the season in the #22 Inter Europol Competition Ligier JSP3 at Le Castellet. They took the chequered flag with a margin of 44 seconds over the #26 Wimmer Werk Motorsport Ligier JSP3 driven by Felix Wimmer, Matthias Kaiser and Klaus Bachler. The #72 TFT Norma M30 shared by Arnold Robin, Maxime Robin and Philippe Paillot took the last step on the podium, one minute and twelve seconds behind the winning car.

The #22 led the race sporadically during the second hour but dominated from the third hour onwards. “I am pretty happy with the result, obviously!” said Smiechowski. “The team did a great job doing the refuelling and during the pit stop. Pontus drove a really good race and brought the car forward. When I got into the car I knew we were fighting for the win and with most of the [drivers BOP] handicaps done, I knew I had to keep my pace. The car was pretty difficult as it was sliding a lot.”

Only three cars seemed to be able to compete with the #22. The #19 Cool Racing Ligier JSP3 led the first hour of the race, while the most serious victory contenders took their drivers balance of performance drive-throughs. The #19 finished the race in tenth position. The # 72 TFT Norma M30 drivers led part of the second hour but made several mistakes leading to a drive-through penalty in the third hour and a near-fatal contact with the #21 DB Autosport Norma M30. Still, they could not compete with the #22 on pace, unlike the #26. While Bachler was able to reduce the gap with Smiechowski towards the end of the race, the latter always managed to keep a comfortable margin ahead of the Swiss driver.

Further down in the field, the pole-sitting car — the #30 CD Sport Norma M30 driven by Gregory Guilvert, Vincent Beltoise and Nicolas Melin — was still chasing the #72 a few laps before the chequered flag. The Spanish Ligier ran out of fuel just meters before the start/finish line and finished fourth overall.

On its maiden race in the VdeV Series, La Filière Frédéric Sausset did not disappoint its fans. The French team started 27th on the grid but was able to run an aggressive race. At the top of the second hour, the #84 driven by Takuma Aoki was in 15th place. Although the three drivers were on pace, the car slipped to 23rd position because of extended time spent in the pits for the driver changes. 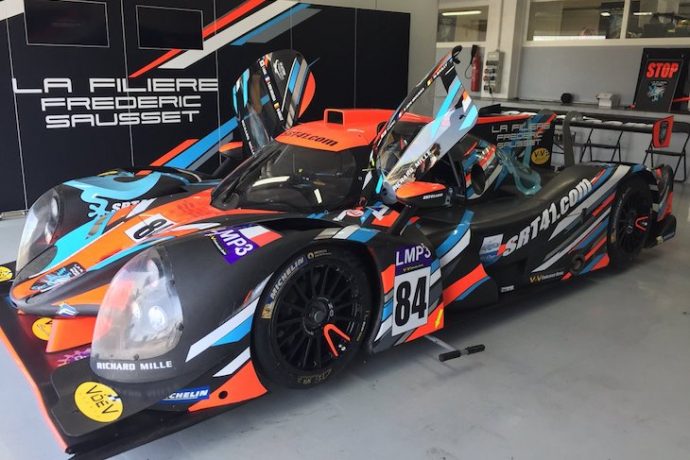 Meanwhile, in the GT category, it was yet another dominant victory for the #1 Visiom Ferrari driven by Jean-Paul Pagny, Thierry Perrier and Jean-Bernard Bouvet.

The PFV category victory went to the #16 DEMJ Renault RS01 shared by Patrick Sarrailh and Massimiliano Mugelli despite a new balance of performance granting more power to their immediate competitors – the Foenix prototypes.