Zanardi for DTM Outing At Misano

Alessandro Zanardi will make a guest appearance in a BMW M4 DTM at the Misano DTM rounds on 26/26 August.

BMW M Motorsport engineers, who have worked with Zanardi in the past, are currently collaborating with him on the development of a system to modify the BMW M4 DTM to suit his needs after the ex F1 and CART star lost both legs in an accident 15 years ago at the Lausitzring.

Zanardi’s preparations get underway this weekend (1/3 June), at the Hungaroring as he shadows the BMW effort to familiarise himself with the details of procedures, structures and processes in the DTM.

Jens Marquardt (BMW Motorsport Director): “The fans can look forward to a fantastic race weekend in Misano: the DTM’s first guest appearance at this track, the first ever night race in the DTM and Alex Zanardi, who as the ‘local hero’ will play his part in making this event a special experience for everyone.”

Alessandro Zanardi: “I am incredibly excited about racing the BMW M4 DTM at Misano because I always dreamt of adding the DTM experience into my ‘book of best moments’ in my motorsport career. DTM has for many years been one of the motorsport disciplines that are the pinnacles of racing regarding technology, the speed of the car and the level of the competition, which these days is higher than ever.

“The skills of the drivers competing in DTM and the preparation of the teams are, in my view, as good as in Formula One. They are top of the game and you can’t get any better than that. And on the other hand that is what concerns me and will make me to approach this challenge with a lot of respect, knowing that it will be one of toughest things I have ever done in my racing career. I am really grateful that BMW offered to start this project and to all the engineers in Munich who are already preparing the car. I will do my very best to represent them in such a competitive field.”

The recently unveiled Brabham BT62 has been testing at the Phillip Island Grand Prix Circuit during its extensive pre-launch testing programme, with David Brabham, behind the wheel. 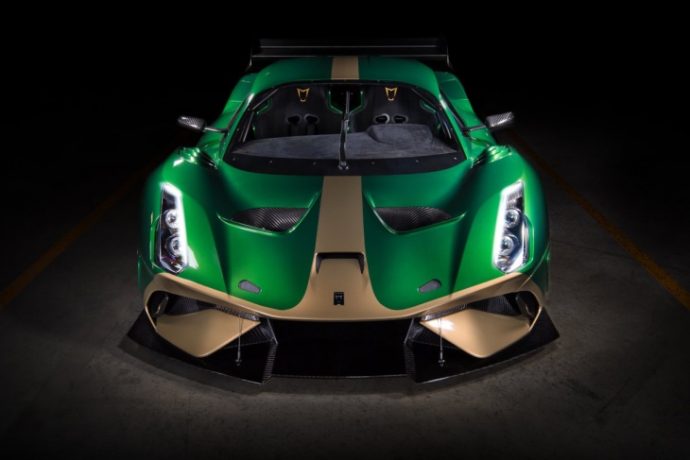 More than two years in development, David Brabham has led a team of test drivers to assess and validate the BT62’s performance.  “Our intent was to produce a car which re-established the connection between vehicle and driver, without compromising performance or safety. It had to be faster than the current breed of GT racing cars, but balance outright performance with durability. From my very first drive, it was clear that we had created something really special.”

Brabham Automotive’s Director of Technology and Engineering, Paul Birch, explained how the car has been engineered to deliver such a high standard of performance: “Don’t think of the BT62 as a supercar or track-biased road car, think of it as an unrestricted GT racer, it’s in a different league. Weighing just 972kg dry, it’s light. Very light. Factor in the car’s power, and the way the Brabham engine delivers its performance and you have an incredibly effective package.”

Technical Director Paul Birch added. “To give you an idea of just how fast it is, we eclipsed the official outright lap record at Phillip Island during testing – a record formerly held by an open-wheeled car. We didn’t go out to set a time, and it wasn’t officially recorded, but it demonstrates the car’s potential.”

With production taking place at Brabham Automotive’s advanced engineering and manufacturing facility in Adelaide, build slots are currently being allocated and first deliveries are expected later this year.

YouTuber 19Bozzy92 has captured what appears to be a revised version of the Lamborghini Huracan testing at Monza.

The test car seems to have revised front aero and bonnet, the first visible evolution of the car since it was first revealed for customers in 2015/16.