2016 FIA WEC Drivers Champion and double Le Mans 24 Hours winner Romain Dumas has taken on the challenge in recent years and is now a three time overall winner, 2014, 2016 and 2017 in progressively more bonkers developments of his Norma M20 RD prototype. 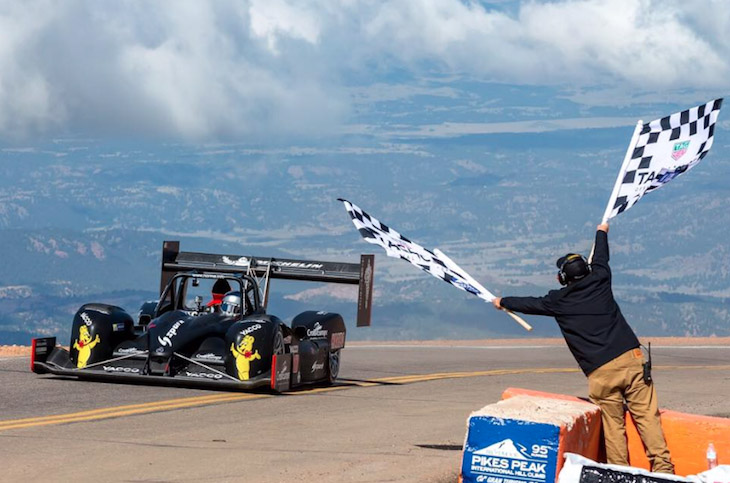 2018 though sees him take on a new challenge at Pikes Peak, this time in Volkswagen Motorsport’s extraordinary pure electric I.D.R racer.

The car sub 1100 kilo package has a 500 kW (680 PS) power output with motors powering both front and rear wheels, and with electronic management of the torque distribution.

The car looks a stunner, but VW looked initially to Dumas and his team for some Pikes Peak know-how and hardware!

“The car chassis is the Norma from last year. At end of 2017 when I made the deal with VW they got may car and parts and all that we had learned from the past years campaigns. 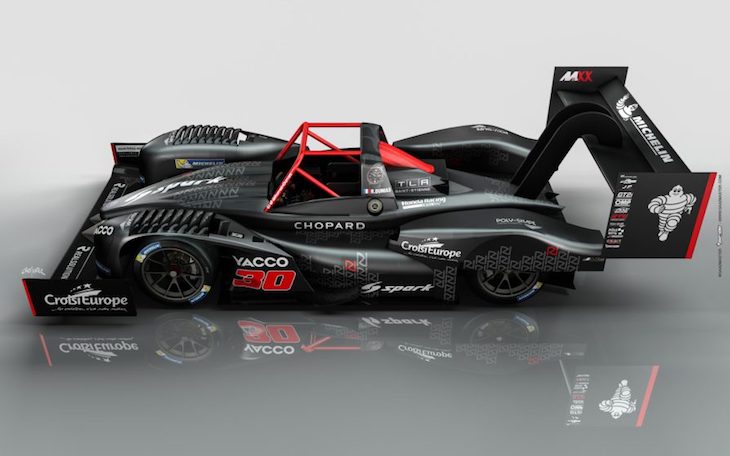 “They didn’t keep much of the car, perhaps 15%, of the car but it is still the same chassis with a very nice ‘Carrosserie’ on top and made a very nice, very impressive car.

“We drove the car at my track at Alès to compare with last year and the year before to have an idea of where we were. 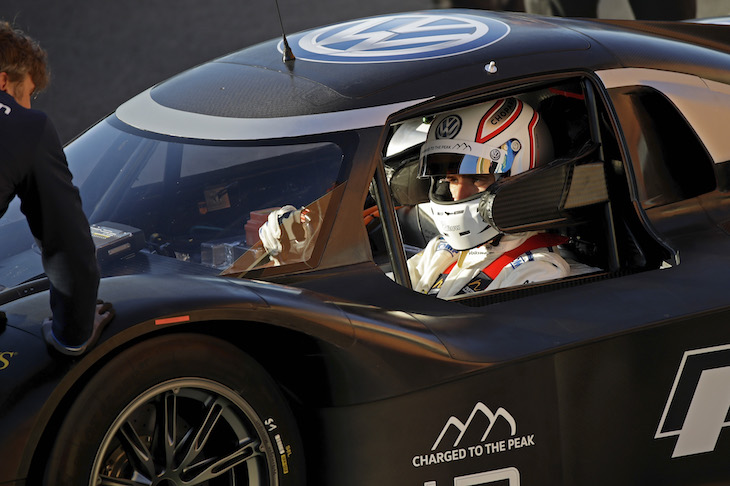 “Not faster than the Norma yet because it take a lot of time to fix all of the battery, e-motor tech.

“It would be great to have 6 months ahead of us to get this all right but the race is coming too fast for that instead of less than a month.”

Is this a multi-year project?

“We will see how it goes this year. Our target is the electric record.

“Right now – chassis wise it is very impressive, I would say in a slow corner more impressive than any LMP1, very, very fast, but it is not easy at all to manage everything, batteries, energy, how to use and recoup energy, it’s a completely new project so a little bit like when you begin LMP1 Hybrid from the very start. You go very fast but you stop a lot of times!”

You understand that development process though better than most?

“Yes but when you go to electric it is so complicated, but a dream project, since day one last year.

“When we did the RS Spyder, or the 919 and you are there from the start you are also doing a car for your team-mates, here though you are working with the team to make the car exactly how you would like it, that’s a buzz.

“Since day one it has been very interesting, I’ve spent a lot of days on the project already discussing, testing, analysing, I am really enjoying it.  ”

“Last year we made a VW Golf test car from a TCR car but with electric motors. The batteries and motors on the prototype though are different, and packaging is more difficult. Reliability is going to be the key and the problem!

“Remember the first time with the Porsche 919, we spent the day before the test in the box and nobody was trusting us when we said that the first car’s reliability wasn’t good, and it was true, and still nobody trusted us!”

Testing ahead of the event is already underway in Colorado

For the first time this year you can keep tabs on the event live from trackside with John Hindhaugh on Radio Show Limited, keep an eye on www.radiolemans.com for schedule details.