It was a double win at Brands Hatch for Pro driver Rui Aguas, pedalling the #8 2011 Peugeot 908X entered by Chamberlain Synergy and owned by Kriton Lendoudis.

Saturday’s 60 minute race saw the sister #7 2010 spec Peugeot 908 HDI FAP of David Porter eliminated on the first lap by a rather too spirited defence of his position by Niki Leutwiler in the Race Performance Oreca 03 Nissan, the Oreca having had the Peugeot on the grass earlier in the lap again moved to defend, this time too late, Porter already moving around the outside in the much more powerful LMP1 car, the contact spinning the Oreca into the barrier and causing damage to the front of the Peugeot. The matter went before the stewards who determined no further action was necessary. 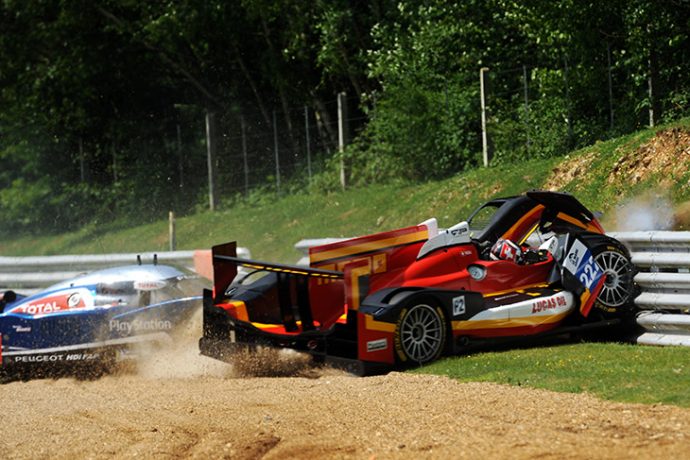 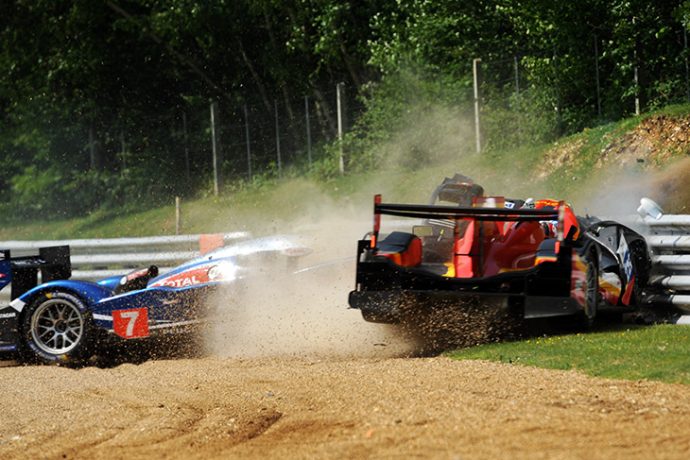 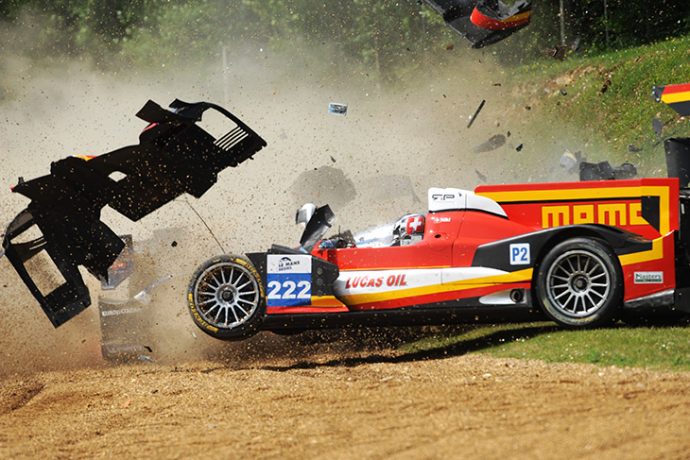 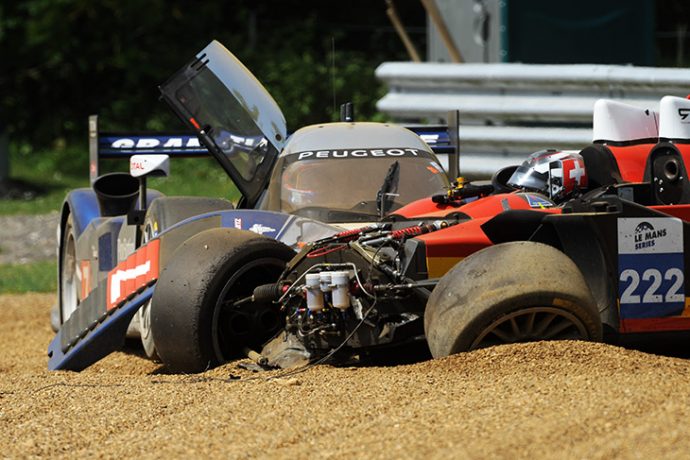 The recovery of the cars, and repair to the barrier ate up more than half of the race, bad news for the onlookers, good news for the Pro drivers in the line-up, as it negated part of their pit stop penalties.

After the pitstops, Aguas battled up from seventh (following his longer pit stop) to first, the Portuguese driver passing the Martin Rich/Alex Kapadia Mike Smith Motorsport ORECA-Nissan 03 for the lead on lap 19, Kapadia having put up a strong defense for a couple of laps after Rich had had a frustrating time behind the Safety Car in his stint. It got close again on the penultimate lap when Aguas got baulked by a backmarker but Kapadia couldn’t find a way past. 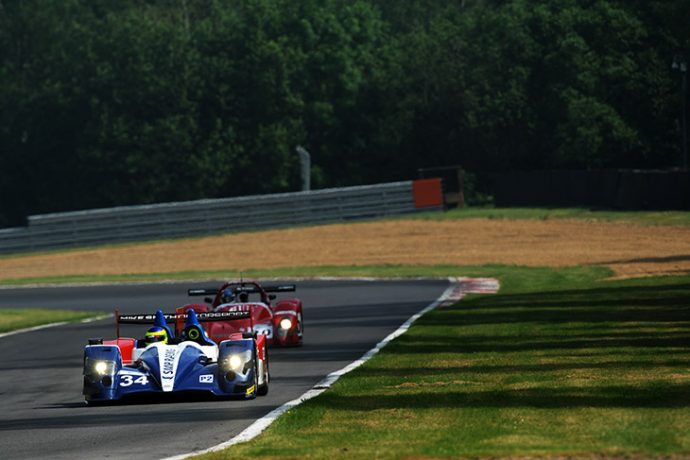 Steve Tandy (ex Dyson Racing Lola-Mazda B12/60) lost the lead to Kapadia on lap 14, having passed Martin Short (Dallara-Judd SP1) who exited the pitlane in first after the pitstops. Both hung on to third and fourth respectively, Short winning the class for the older P1 cars. 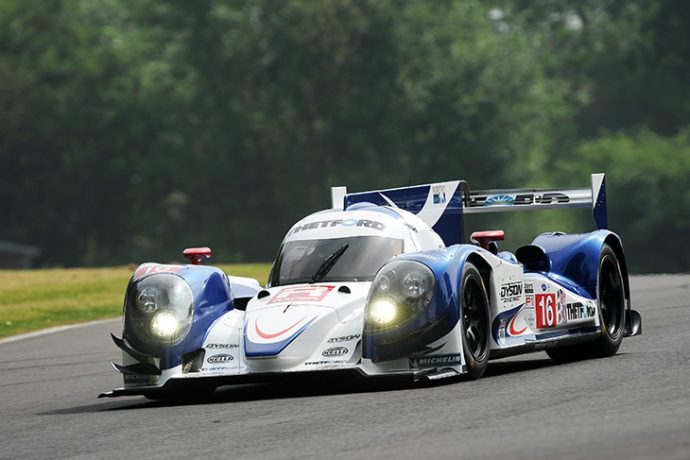 “To be honest, the safety car ruined our strategy”, said Tandy, “but I still had a good race with Martin Short. It’s good to be up here on the podium, and let’s see what we can do tomorrow.”

One lap down, Nigel Greensall (Riley & Scott Mk3) passed Keith Frieser’s ORECA FLM09 on the final lap to take fifth overall and the class win for the oldest P1 cars on the grid. Greensall another driver to have a hefty pitstop time to overcome! 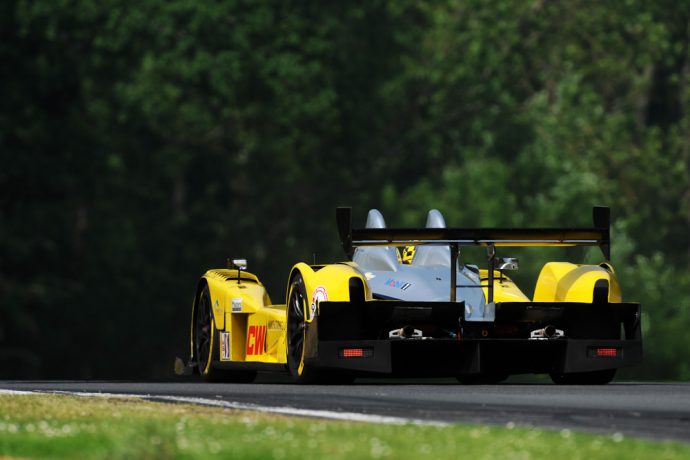 Travis Engen’s Audi R8 was a brief fifth after the pitstops but ended up seventh, ahead of Mike Furness’s Courage LC75 and the Marc Rostan/Pierre Bruneau Pilbeam MP91. 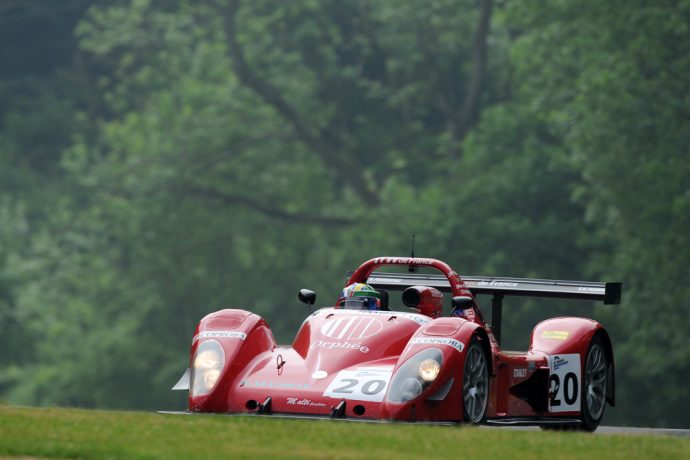 Aguas made it two out of two in the #8 Peugeot 908X on Sunday at Brands Hatch, pushing hard to make up the ground lost in his longer pit stop to hunt down and pass Steve Tandy’s Lola-Mazda B12/60 in the closing stages of the 60 minute race.

Tandy had put in an excellent race, fast and clean in the immaculately prepped ex Dyson Racing car but he couldn’t hold off Aguas in the ex factory Peugeot, the 908X coming home just none seconds clear by the checkered flag.

Tandy ran second from lap 2, passing Martin Rich in the ORECA-Nissan 03 he shared with Alex Kapadia. As Aguas opened up a 30-second gap towards the pit window, Tandy in his turn put some six seconds between himself and Rich, who dove into the pits at the first opportunity to hand over to Kapadia. 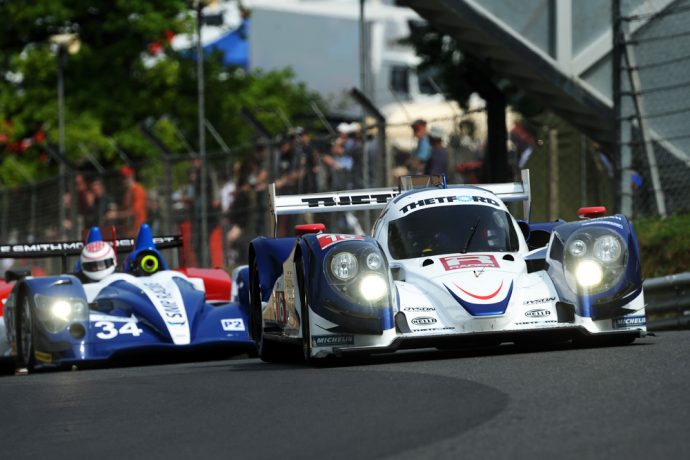 Aguas being a pro driver was forced to sit longer in the pits than Tandy but the Lola-Mazda left the pits with just ten seconds in hand on the Peugeot. Tandy was pushing, though, forcing his Portuguese rival to need eight laps to retake the lead.

“It was quite a long pitstop,” said Aguas post race. “and it was actually tough to catch up with Steve but the car was working well and I managed to get by.”

“Today I really got into the groove”, said a pleased Tandy. “We did a couple of changes overnight, which improved the car a lot. I was expecting to see Alex come up behind, though, but he didn’t!”

While Aguas overcame his pro-driver pitstop penalty to take back first place with seven laps to go, fellow pro driver Kapadia could do no better than finish a distant third, 37 seconds down on Aguas, but first of the P2 cars.

“We stayed on the same tyres as yesterday”, Kapadia explained, “so there just wasn’t that much speed in it today.” 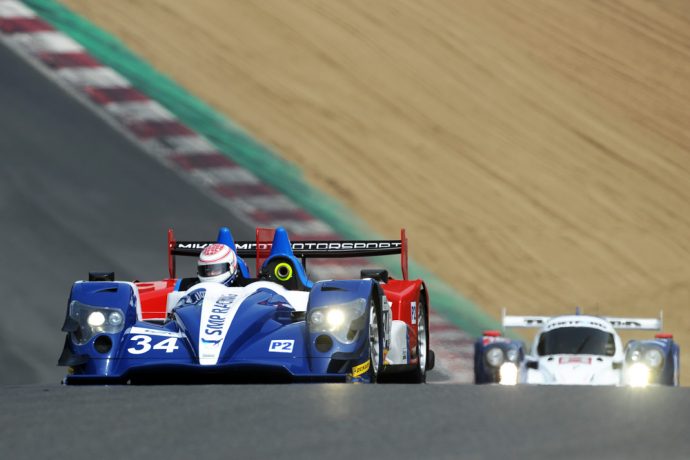 “It was just brilliant to get some proper laps in,” Rich said, after his frustrating race the previous day. “We couldn’t fight at the front but I’m happy to be here and take home two class wins.”

Behind the leading trio the early race entertainment came from Martin Short (Rollcentre Dallara-Judd SP1) and Nigel Greensall (Riley & Scott Mk3) battling it out during their opening stints, the older car sticking with the sonorous Judd V10 powered Dallara courtesy of a growing brake temperature issue for Short – “I think we might have had qualifying spec brakes on the car,” said Short later, “they got crazy hot very quickly and I ended up losing 2 seconds a lap to it.” 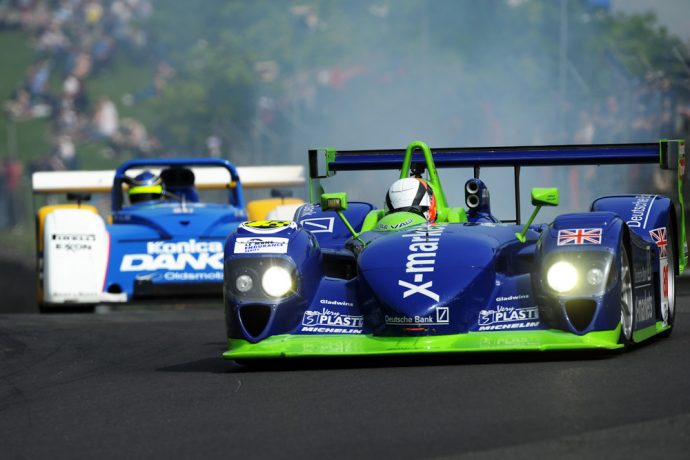 Greensall would get by in traffic only to fall behind again due to his longer pit stop leaving Short to fend off a closing David Porter in the #7 Peugeot 908 HDI FAP, the battle joined just as Aguas arrived on the scene to put a lap on the Dallara. 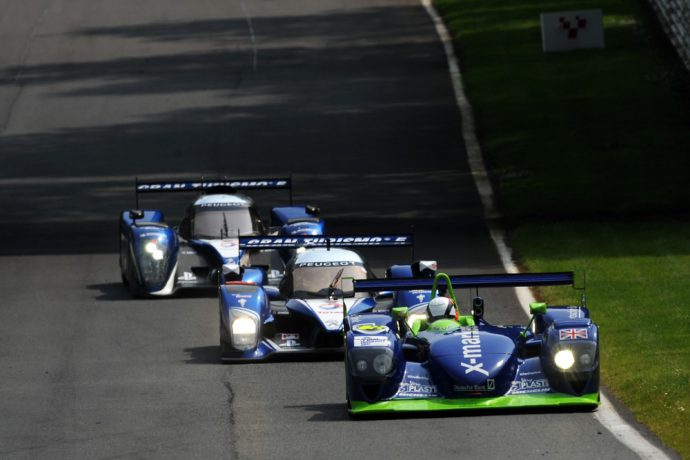 Short was still struggling with the brakes but was holding Porter at bay, the Peugeot man spinning at Surtees as he tried to get the (very considerable) power on to drag by the Dallara – that secured fourth for Shorty.

From the back of the grid, Ralph Meichtry (ORECA-Nissan 03) fought his way back to fifth, ahead of Greensall, Porter (who got going again), Keith Frieser’s ORECA-GM FLM09 and Travis Engen in the Audi R8. 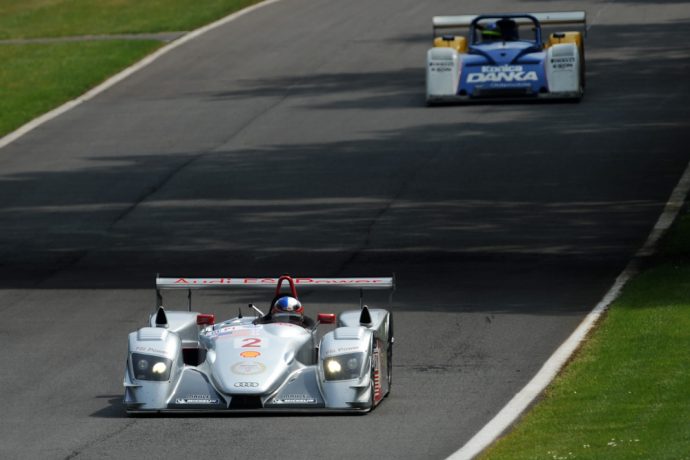 Tagged with: Graham Goodwin, Peter May