Ahead of the Le Mans Test Day on Sunday, all the teams are currently in the midst of unloading and setting up camp.

In the GTE ranks, there’s plenty of noteworthy cars to be seen ahad of the first on-track running.

DSC has caught a glimpse of the third AF Corse Ferrari, the #52 which will see Toni Vilander, Antonio Giovanazzi and Pipo Derani share the wheel – for the first time. The car is sporting a different livery to the full-season FIA WEC 488 GTE Evos, with a far brighter red base colour. 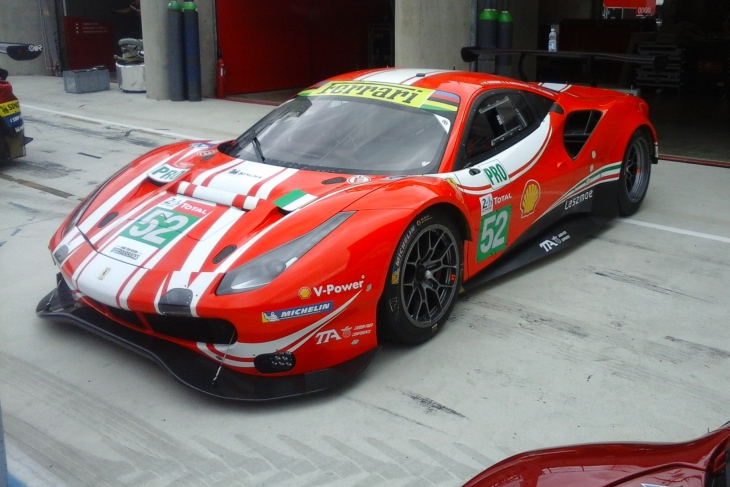 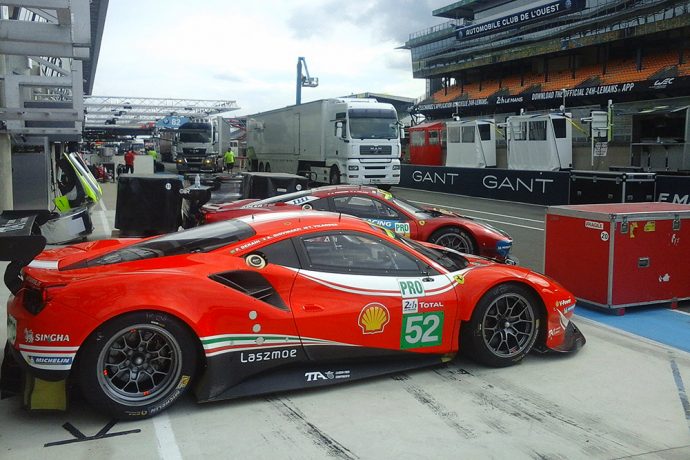 Clearwater Racing meanwhile, will run with the same chrome livery it did at Spa, and will do for the full ‘Super Season’, but with the French flag gracing the right-hand side of the 488’s bonnet to mark the team’s trip to Le Mans. 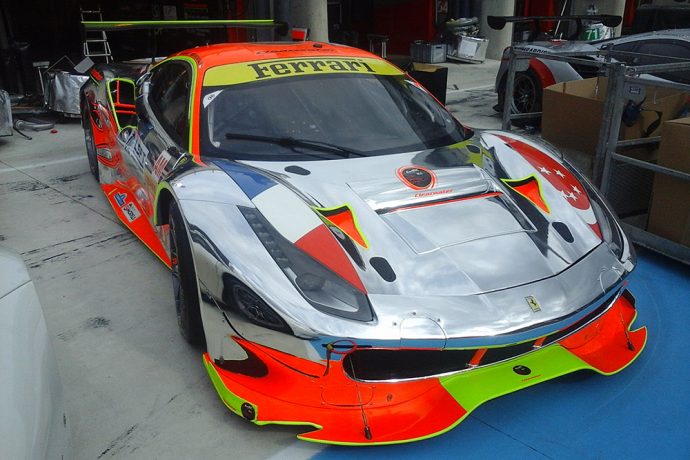 Elsewhere in the GTE Am ranks, the #84 Ferrari of 2017 winner JMW Motorsports has been spotted. This year, there’s no yellow livery, instead, the car is already in full WeatherTech colours, with Cooper MacNeil racing with fellow American Jeff Segal and ELMS regular for JMW, Liam Griffin. 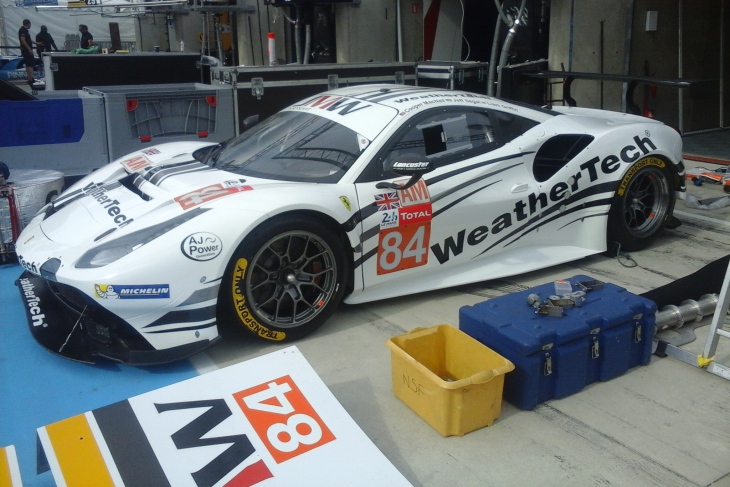 The livery may be the same for the Porsche GT Team 911 RSRs for Le Mans, but for the first time, all four factory Porsches have been pictured together, the CORE Autosport-run IMSA cars joining the WEC Manthey machines for a four-pronged attack on GTE Pro. 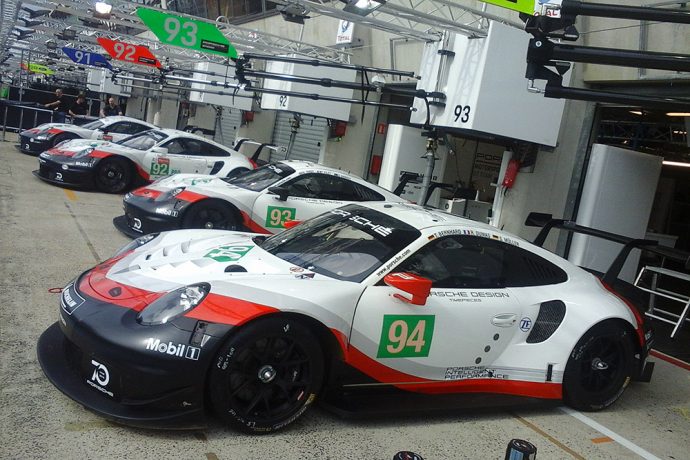 Behind the closed doors of the garages Porsche have sprung a surprise, as tweeted out this morning by Fred Mako, the garage design is somewhat Retro! Excellent stuff! 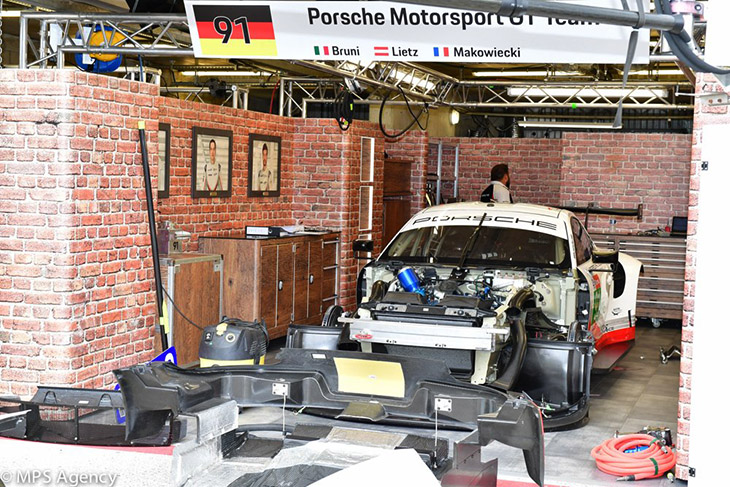 Behind the garages, Porsche has also finished setting up its enourmous work space for the team, the temporary structure sporting stickers celebrating Porsche’s 70th anniversary as a marque. 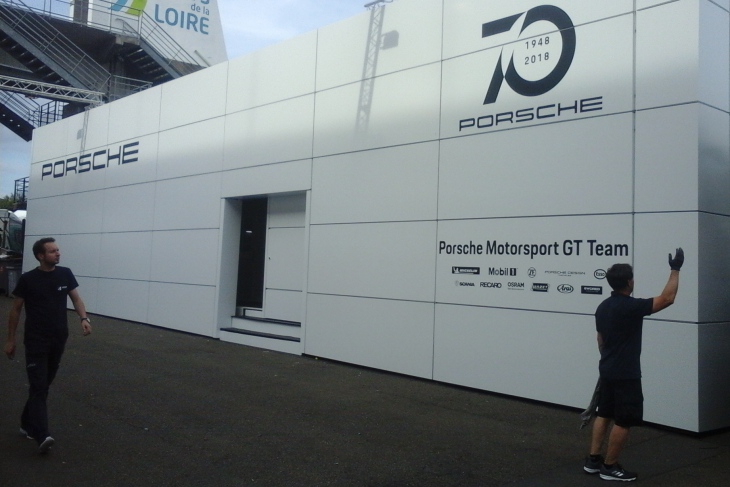 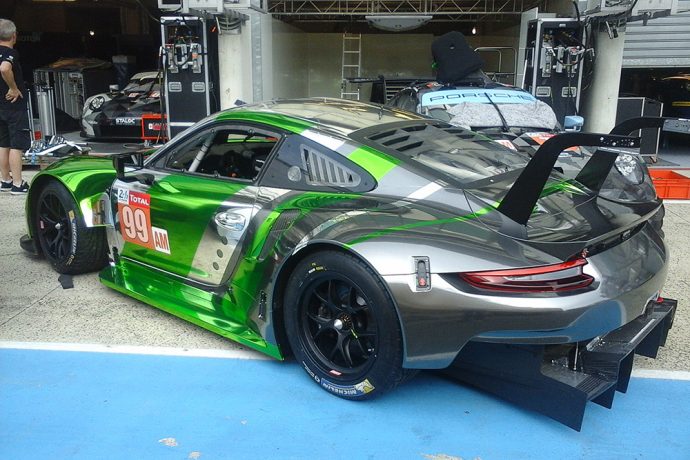 And finally, for the first time since 2011, here’s a picture of factory-entered BMWs at Le Mans in situ. BMW Team MTEK will be hoping for a positive first run on the full La Sarthe circuit this weekend. 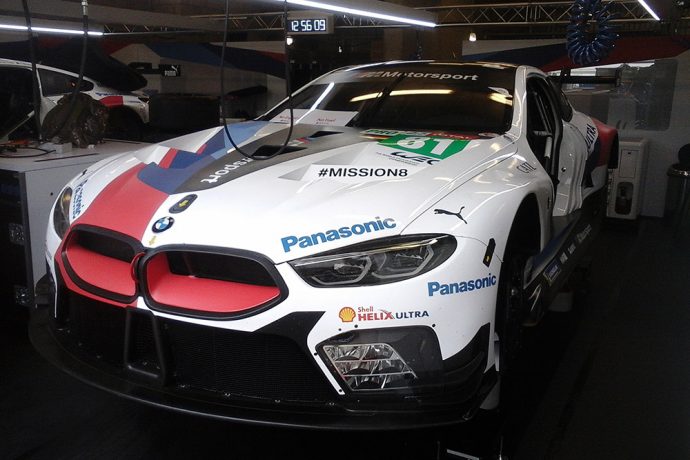 DSC also took a look at the LMP teams unloading, in Part 1, HERE.