This weekend sees the Blancpain GT Series Endurance Cup visit Paul Ricard with a 51 car grid, Silverstone’s Blancpain race weekend earlier this month saw an opportunity for the DSC Ed to catch up for the first time in quite a while with Strakka Racing owner Nick Leventis, clearly enjoying the new for 2018 alliance with Mercedes AMG, the team fielding a trio of AMG GT3s, a pair in Pro, and a singleton Pro-AM effort in Blancpain Endurance, plus a full IGTC effort.

Nick, You have your smile back! 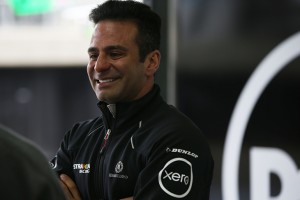 “Yes, I really do! It’s been a tough few years. The LMP period for Strakka was traumatic towards the end unfortunately and we made the call to transfer to GTs.

“We see the future for the team in terms of longevity with GT racing, I think GT3 is where we should be and the Intercontinental GT Challenge appeals to us on that front, racing around the world.

“To do that we wanted to build a long relationship with a manufacturer and, as you know, we chose McLaren, being a British team, and, without dwelling on the past too much, I think we were in the wrong place at the wrong time, were caught up in the internal politics.”

And you suffered too with quite astoundingly bad luck!

“Absolutely, and for other reasons we were involved in a series of battles on BoP too!

“It all came down to a situation that saw us not getting the return we wanted, or indeed needed, on investment, the programme was not taking us forward.

“Back before the McLaren deal, I wanted to talk to AMG too, back then though HTP were very much the premier customer team with AMG.

“In that regard, the timing for this programme fell beautifully, HTP decided they didn’t want to commit to Blancpain Endurance just as we emerged with our programme. AMG were looking for a team capable of operating at that level and it was perfectly timed.

“We approached AMG, and for that matter, we looked at Lamborghini too, I was very impressed there too, great internal organization, and a great package and product.

“We actually did a back to back test at Paul Ricard with a Grasser Huracan and an AKKA ASP AMG. Personally, I really enjoyed the AMG, a real joy to drive.

“You’d love the AMG! Easy to drive, very simple, everything is just right, If I was a young 19-year old I would probably enjoy the Lamborghini to be fair because it really has something different to it.

“We went to see Mercedes about our programme and it emerged in that discussion that there really was an excellent potential future partnership with them, in particular because we wanted to do the IGTC, to grow as a team and to run two Pro cars as well as a Pro-Am. We have always had the ambition to compete for overall wins as well as my own personal targets and ambitions. 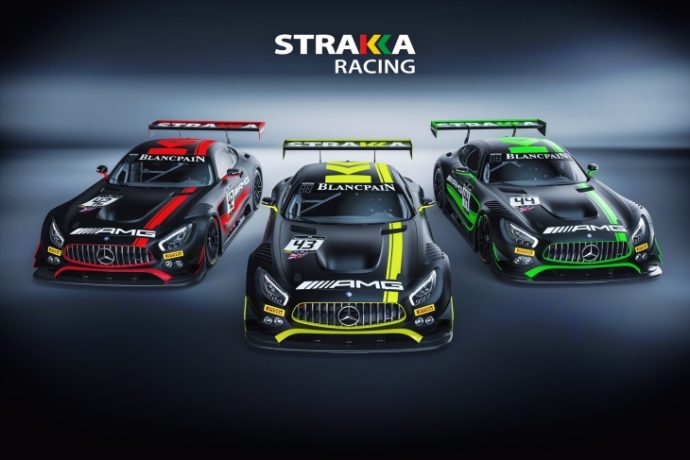 “In addition we managed to get some big sponsors interested, and there’s more to come on that front in due course for next year.  “It was a bit of a toe in the water for all of us. They didn’t really know how much they wanted to invest in us – we went to Bathurst and had a really good run, the Pro-Am car a real case of what could have been without some bad luck at the end. We showed though that we could do the job. 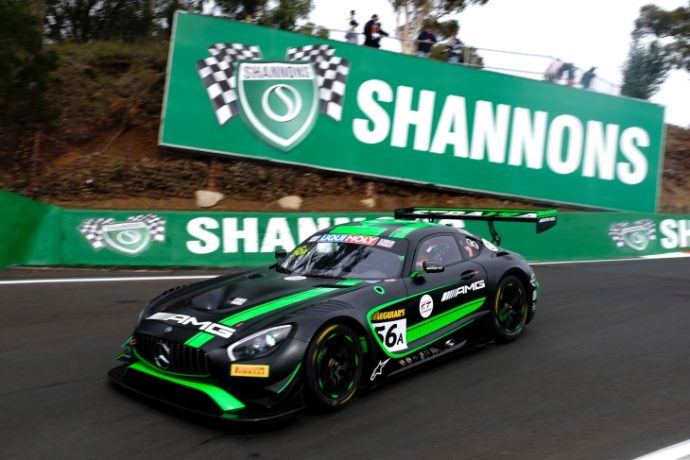 “At Monza again we furthered that and we have exciting things coming, with some excellent news coming up for Spa!

“The ambition is clear for the team – we want to continue to grow – We want to go to the Nürburgring 24 Hours, and to become a firm part of the Intercontinental Challenge – to establish ourselves as the premier AMG customer team worldwide.”

And that from a team that, let’s be blunt, isn’t German!?

“That’s right but that really shouldn’t be THE defining issue, they will always provide their (factory) drivers, but there’s a lot of talent on tap here too including this guy (as Lewis Williamson walked into the truck) who is consistently performing at the same level as, or even out-performing, their guys! That’s something else I am keen and passionate about, to bring new talent through and to get guys like Lewis on the radar of, and onto the books of AMG.

“Bringing Lewis, and the likes of Alvaro Parente, now a free agent, has shown that the AMG way and the Strakka way can work perfectly together.

“What we now have is a partnership with AMG that is moving forward, it’s exciting and it’s still very early days but heading towards something that we can all see has real long-term potential.

“As you know one major ambition for Strakka has always been to build and develop a long-term partnership with a major manufacturer – for the first tim in a long-tie there is real confidence in that becoming a reality.”

The really big races are clearly a major part of the draw, you’ve already mentioned the IGTC (Spa/ Suzuka/ Bathurst/ Laguna Seca) and you’ve already name-checked the Nürburgring 24 Hours too, is that race an ambition in the near future?

“I would say that it has potential for next year. That means though that we need to get ourselves the Ring Permits and there is a limited window to achieve that.”

What about the Rolex 24 Hours, does that appeal too?

“Yes, of course, it’s absolutely on my list, both personally and for the team – Don’t get me wrong I LOVE Le Mans, but there are other events too that are on everyone’s bucket list – Spa is unfinished business and, for me, that is a tougher race to win than Le Mans as a team.  “You are racing wheel to wheel for a full 24 Hours, it’s tougher on the car, and on the drivers.

“As for Daytona, there is a juggling act to be sorted, not least with the potential for another Post-Bathurst IGTC race somewhere exciting – With all of that in mind, logistically doing Daytona, then two other major flyaways may be tricky BUT with the AMG partnership getting stronger and stronger, don’t be surprised if you see satellite fragments of Strakka appearing at various stages around the world. Watch this space!”