Monday morning in the Place de la Republique dawned grey and overcast – that though was rather preferable to the biblical downpour that replaced it as the first cars began to join the scrutineering train.

That rather washed the party atmosphere away for the likes of Racing Team Nederland, Eurasia/ Krohn and Algarve Pro until just before lunchtime when the sun finally made an appearance just as the Rebellion boys emerged from their administration checks.

By then the BMW Team MTEK boys had done the rounds, the majority of the GTE field will be with us after the short lunch break.

A galaxy of sportscar racing stars, including Jan Lammers, Löic Duval, Jean-Eric Vergne, Jeroen Bleekemolen and Jörg Bergmeister trotted by in the newly installed ‘mix-zone’ with tales of ambition, challenge and general derring-do.

Duval reminded the DSC Editor that whilst the TDS Racing LMP2 effort was indeed a ‘junior’ class effort the reality is that the car is rather faster than the first non-hybrid, Audis were when he started his stint with the factory team. Things don’t ever stand still in this sport.

There was talk too amongst the top pros of potential to come with the new rules cycle, believe me the details we will hear on Friday of the proposed 2020 regulations are being keenly awaited by a very large proportion of the current professional grid!

Many on hand also had plenty to say following the the news this morning of the passing of Martin Birrane; a selection of collaborators, customers and rivals all spoke to DSC, and we’ll be reporting that tomorrow.

Also notable before the end of the day, was an evacuation of the media zone due to a ‘security threat’ just before Fernando Alonso and the Toyota crew passed through the sign-on area. Luckily, it came to nothing and the scrum of journalists and photographers resumed their positions for the Spaniard’s eventual arrival.

With all that in mind, here’s a selection of views from a few personalities from the day:

While Jeroen Bleekemolen has raced a vast array of GT machinery over the years in the USA and Europe, he’s not had much experience driving Ferraris. That makes his 2018 Le Mans effort notable, the Dutchman racing with the Keating Motorsports team, (which is partnered with Risi Competizione) in GTE Am with a Ferrari 488 GTE.

Bleekemolen says the 488 is a joy to drive and made him feel at home almost instantly at the Test Day. Because of that, he likes the team’s chances this year.

“I really like it, from the minute I left pit lane I was smiling and happy to be in the car. This whole opportunity, the team, the driver line-up is really good. There are no weak links for us.

“The Pro class will be an amazing fight all the way through, it may well be decided at the end again. But I think Am could be as close this year, because of the way it works with minimum drive times for the Am drivers. It makes it really close, and because you don’t have many safety cars, everyone will be pushing so hard.”

No expections for Van Der Garde after challenging Test Day

Giedo Van Der Garde says that Racing Team Nederland isn’t sure how it will fare this week at Le Mans, after it struggled to set up its Dallara P217 Gibson (with the ‘Joker’ aero kit) for the La Sarthe circuit during the Test Day. 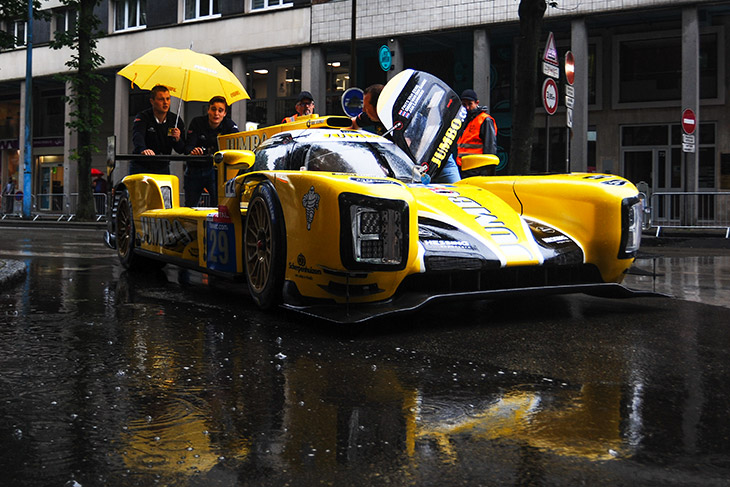 “It’s difficult to say where we are,” he told DSC. “We had a hard Test Day, it was difficult in the morning with the car, as we were bouncing around at the end of the straight. So it was really hard, we couldn’t find the right set up. So I hope that here everything can be sorted.”

Nevertheless, he’s relishing the chance to compete at Le Mans with former Le Mans winner Jan Lammers, on hand this year for his 24th start in the race.

“There’s a bit of an age gap, of course, but it’s really nice to race next to him. You can learn so much from him, because of his experience. I hope we have a good race together and finish.”

Tung ready for step up in competition

Despite the numbers being down on last year, Ho-Pin Tung told DSC that he’s expecting the LMP2 class to be closer this year, with the Ligier and Dallara chassis closer to the ORECAs on pace. 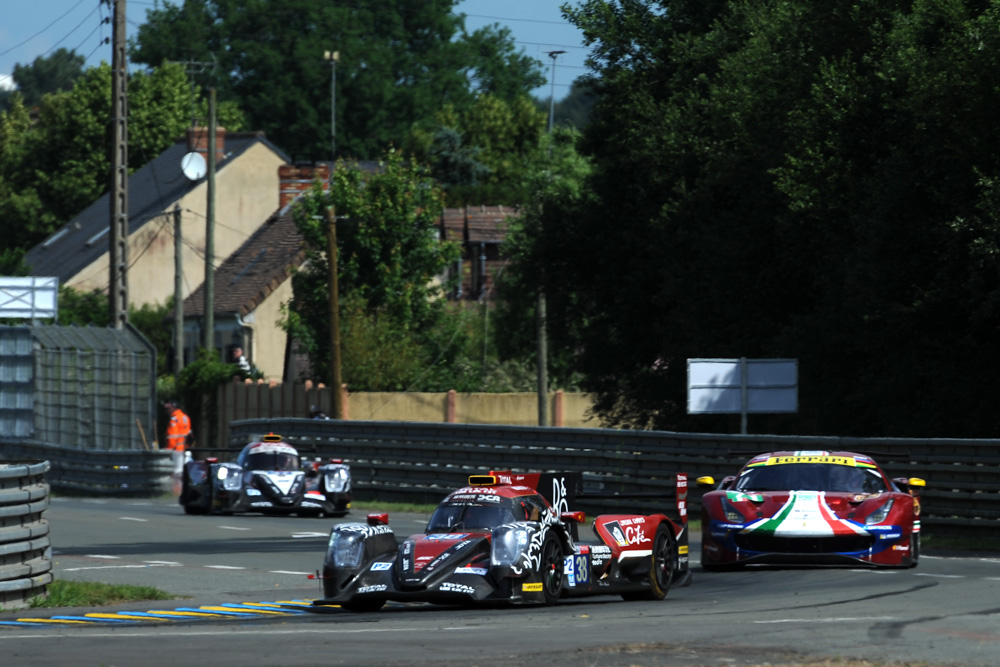 “LMP2 is very competitive this year, because last year the cars were new to everyone, this year everyone knows the cars inside out. I think we’ll be looking at tenths rather than seconds during the race.

“But We’re confident in the line-up we have (in the #38 ORECA), Stephane Richelmi is a known factor, he’s a previous Le Mans winner and World Champion, and in Gabriel (Aubry), we have a young up-and-coming driver, who followed a similar path as Thomas Laurent with us. We ran with him in Asian Le Mans, and he’s stepped into this role easily. That shows not only the strength of the Asian Le Mans Series, but also the ACO’s ladder.

“The ORECA is still the most competitive car, with the Le Mans aero kit. But Le Mans is Le Mans, if you have a perfect race like United Autosports last year, you can have a chance. Certainly, if a Ligier team has a race like theirs this year, then I think they could win.”

Aston Martin Racing has released a short film, featuring its drivers training ahead of Le Mans, in an attempt to ‘Save Nicki’. You can watch it below:

DSC spoke to United Autosports’ #32 driver Hugo De Sadeleer about a variety of things earlier today as he passed through Scrutineering, the most interesting parts of the conversation coming when he was asked about the mood in the team, and his level of progression a year after his first Le Mans start. 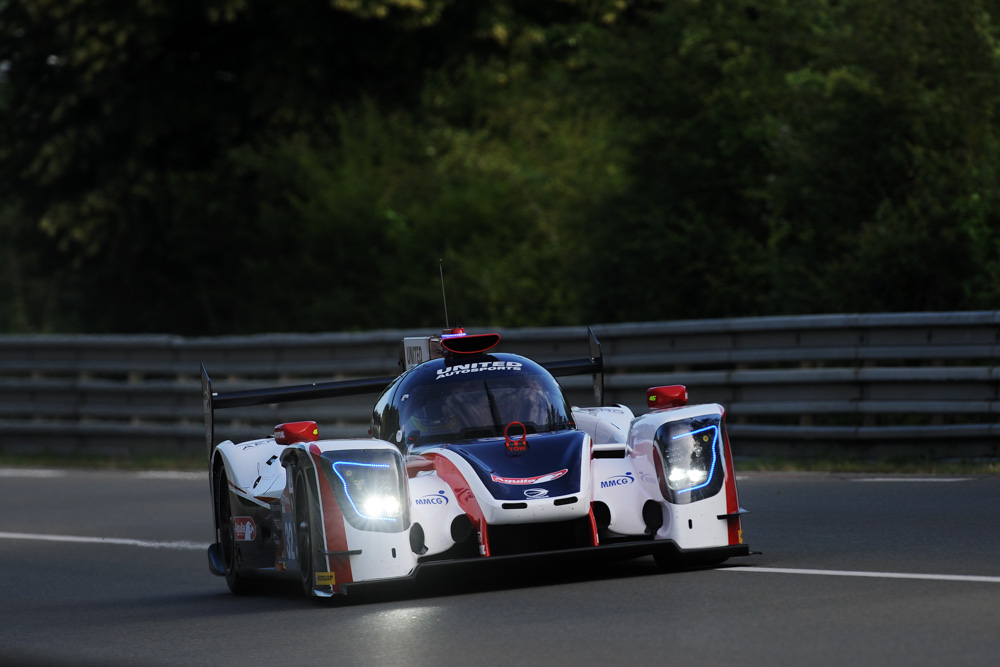 “This year I’m full of confidence, I’m still feeling the boost of finishing the race last year at Le Mans,” he said. “There is a lot of pressure here though, having Juan Pablo as my teammate. You need to be perfect and United also gives you that kind of pressure because they give you amazing teammates.

“Some people told me “watch out, Juan Pablo is a character” and not in a positive way. But now I’ve met him, I know he’s an amazing guy, he’s so funny and we get along great. He’s got so much experience, and he’s really helping us out. He’s opened the minds of the team, because he comes from one of the best prototype teams in the USA. He helps everyone moves forward.

“It feels different this year because of his imput, but also because I’ve matured quite a bit, and learned to respect others. As when I went through single seaters I didn’t learn how to enjoy the sport. I mean, there’s so many drivers in that part of the sport, who won’t even talk to you unless they’re faster than you. And as soon as you’re quicker than them, they won’t even say hello.

“So here, I’ve learned to enjoy myself, In an environment where we’re all friends. That’s what makes me want to keep coming back.”

Reigning WEC GTE Pro World Champion James Calado played down AF Corse’s chances of victory at this weekend’s big race, the Britain less than pleased at both the BoP the Ferraris have been dealt and the lack of strides made from the 488’s EVO package. 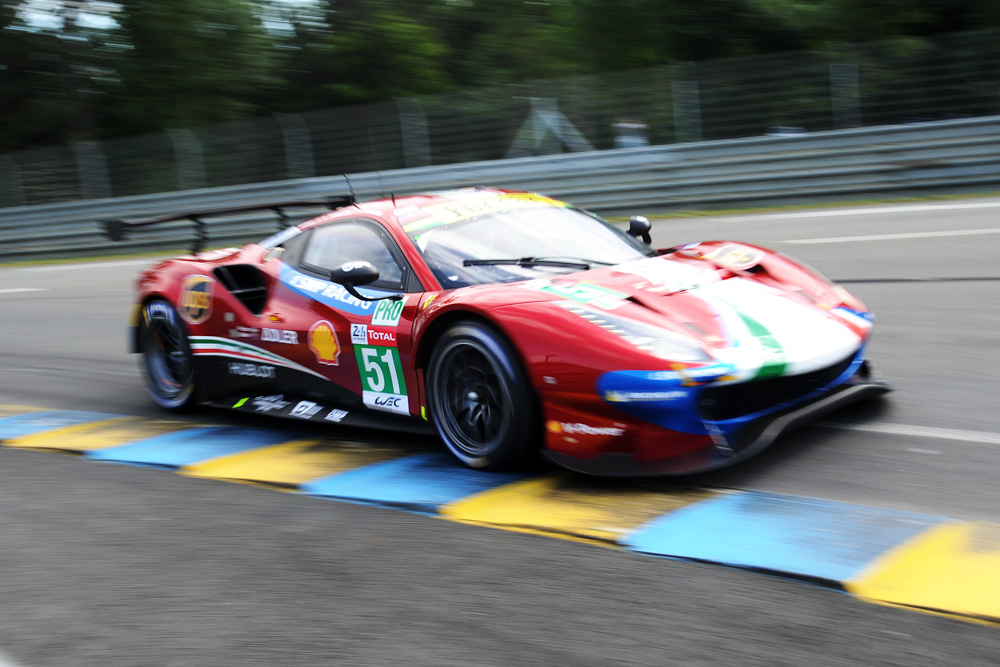 “It’s been a tough start to the season after not scoring points at Spa,” he said. “It’s been unfortunate for us. We did the test last week, we were happy with how the car behaved and got a good base set up.

“When we first tested the EVO kit, it performed well, it gave us a lot more rear stability. But because of that the organisers gave us more weight and took away downforce from the front. So the car feels almost identical to last year, it’s a shame. It’s frustrating to build something better, only to have it taken away again.

“We come here with a real disadvantage. But we know what can happen, we just have to stay positive. Even if they do a change it won’t be big enough to make a big difference, because at the moment we’re three seconds a lap off.

“So we just need to try and score points, we need to make sure we finish and stay calm.”

Last year’s winners get their hand prints placed in town

While Brendon Hartley was unable to make it this weekend due to his Formula One commitments with Toro Rosso, his teammate’s from his 2017 Le Mans win – Earl Bamber and Timo Bernhard – were on hand to see their hand prints placed, as is traditional, in the ground in the Le Mans town centre today.

Special moment today seeing the hands prints go in the ground for a second time with @team_75_bernhard just missing @brendon_hartley today. Thank you to everyone at Porsche for making it happen. Can't wait for the race this year to see if we can do it again #70yearsofPorsche pic.twitter.com/WMtQRp4Ssk