Four drivers due at scrutineering yesterday were otherwise engaged:

SMP Racing’s Stephane Sarrazin and TRSM’s Oliver Turvey were both busy on race and reserve driver duties at the Zurich E.Prix  .

Spirit of Race driver Giancarlo Fisichella was on F1 commentary duty for RAI whilst Clearwater racing’s Matt Griffin was in action in the International GT Open.

All four men will clear their admin checks today.

Ricci back after 18 years

The crown for ‘longest gap since their last appearance at Le Mans’ goes to Larbre Competition’s Romano Ricci – he last raced here 18 years ago with a Perspective Racing Porsche 996 GT3 R together with his father, Jean-Louis. He finished 23rd.

Come Ledogar from the #33 Jackie Chan DC Racing Ligier told the public from the interview stage that he sees this year’s race as “a good training ground” for him “in case McLaren returns to Le Mans” and in case he is “selected as one of their drivers.”

Pressure’s off for David Heinemeier Hansson

DSC spoke to Jackie Chan DC Racing driver DHH yesterday, who said he’s relaxed about this year’s race, after having achieved three podiums at Le Mans in the past, including a class win lest we forget in 2014. 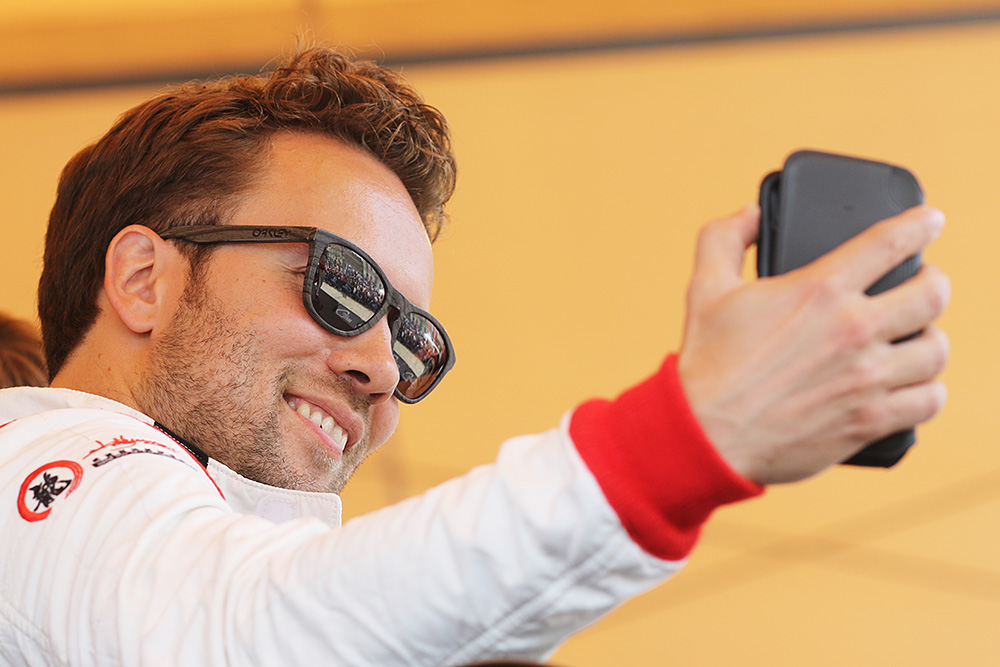 “When I look back at my time here at Le Mans and all the rest of the races I have done it becomes pretty clear that I have had more physical time here, and more seat time too here than anywhere else.

“It is great to be back here with a programme that came together pretty late but has ended up with a really good combination. It’s also good to get back into a P2 car, these new generation LMP2s are amazing things, and great to drive.

“As for Le Mans, I just love this race, and I’m lucky to have had some success. I’ve been on every step of the podium and I’ve been disqualified too, quite a record in six starts!

“That means that I feel no real pressure to achieve any unmet goal, I’ve met my goals here, and that means I can relax a little and concentrate on enjoying the experience, and the racing.

“That’s a good thing because I just love racing here. I’d go as far as saying that I would rather run the Le Mans Test Day than race just about anywhere else.

“That’s not to say I’m not enjoying my racing – of course, I do, but I will admit to struggling to find the best way to drive the Lexus in IMSA (GTD). It’s the first time I have raced a car with ABS and I can’t say that’s something I am comfortable with yet!”

Marcel Fassler, back for a 13th consecutive Le Mans start

DSC caught up with Corvette Racing’s Marcel Fassler on a range of topics yesterday, the Swiss searching for another win in what will be his 13th straight Le Mans appearence. 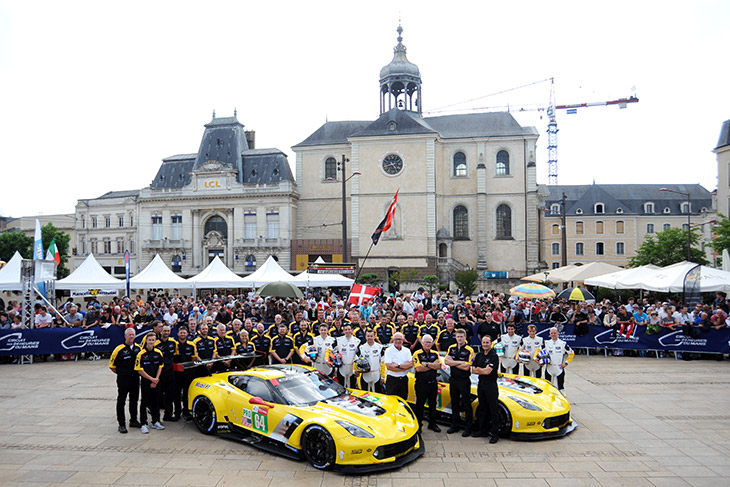 On the differences between the Audi and Corvette factory set-ups:

“They are both pretty similar in many ways, really professional, and great to work with.

“Corvette has a lot fewer people and they seem to have fewer meetings than Audi – maybe that’s why?”

On coming back for his 13th consecutive Le Mans 24 Hours:

“It is still special, you still feel it when you get here, just as I did when I first came, and every year since then. It is still, definitely, the highlight of my year.

“For me having four DNFs in the first four years here made the wins, and the success we have had, all the more special. It reminded me how tough this thing is to do and to do well.”

On the having the “three-time Le Mans winner” title