One of the first targets for a catch-up chat after the ACO press conference was IMSA President and COO Scott Atherton, and in particular, the major question was whether the drive for a global Prototype formula, that can race in the future in the FIA WEC and IMSA competition, was still alive and kicking?

“Our reaction is that the announcement today is spot on consistent with what we have been both aware of, and an active participant in,” he said.

“I would say that now the real work begins because it will evolve from here into a set of technical working group meetings where the real detail gets applied to the broad stroke that’s been given today.

“Whether or not we can all work together to make this a universal and global solution is still to be determined.

“That remains the goal for sure and we are here meeting actively, and in dialogue, with that and a number of other things in mind. We are here in force with that as the mission.”

Where is the gap between your current success with DPi and the vision we have been presented with for 2020?

Is it purely cost, or is the hybrid solution here in itself a major factor?

“I don’t think that there is a gap in hybrid technology being used. If there is a gap then it would be in defining the controls – whether you talk about it in detail for an hour, or boil it down to one phrase or soundbite. It’s budget.

“The developmental costs associated with creating a DPi and then the ongoing running costs are well known and understood, and controllable.

“That said there has been a truly tremendous job done by the ACO and the FIA to progressing to where they currently are with LMP1 from where this process started. Nobody knows for sure what that budget was but for sure it was a big number, even if you took the most conservative estimate, what they have reduced to with this proposal is hugely significant and admirable

“Even at that reduced number though it still represents a budget that is substantially more than that required to design, develop and operate a DPi. 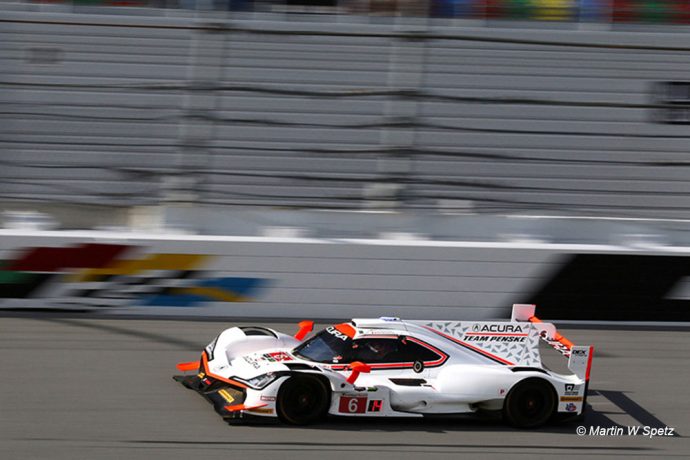 “There’s no secret to what makes that efficiency possible, is the ability to work with four (chassis) constructors on a cost-capped basis with the manufacturer adding their powertrain and design elements.

“That’s not a disconnect of itself. Our technical experts are embedded in this process working shoulder to shoulder with the ACO and FIA with the goal over the next several month to get to a point where the actual regulations are something we can see ourselves physically aligned with.

“Our optimism remains strong that over the next few months that we can work to close that gap.