D’station Racing have announced their driver lineups for their two-car entry into this year’s Suzuka 10 Hours, the revamped 47th running of the event formerly known as the Suzuka 1000km, in a press release from Wednesday. 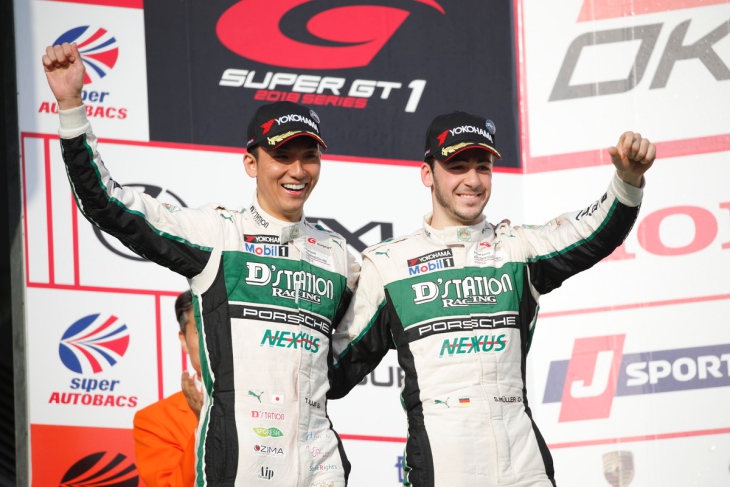 Fujii, a nine-time race winner in the GT300 class of Super GT and the 2016 Super Taikyu ST-X (FIA GT3) Champion, and Müller, the 2016 Porsche Supercup and Carrera Cup Germany champion and Porsche factory racing driver, form a formidable duo that has already scored multiple podiums in Super GT since joining forces in 2017.

That duo is joined by fellow Porsche factory racer Bamber, who won the 24 Hours of Le Mans outright on his debut in 2015, then won it a second time in 2017, both times driving the now-legendary Porsche 919 Hybrid LMP1. 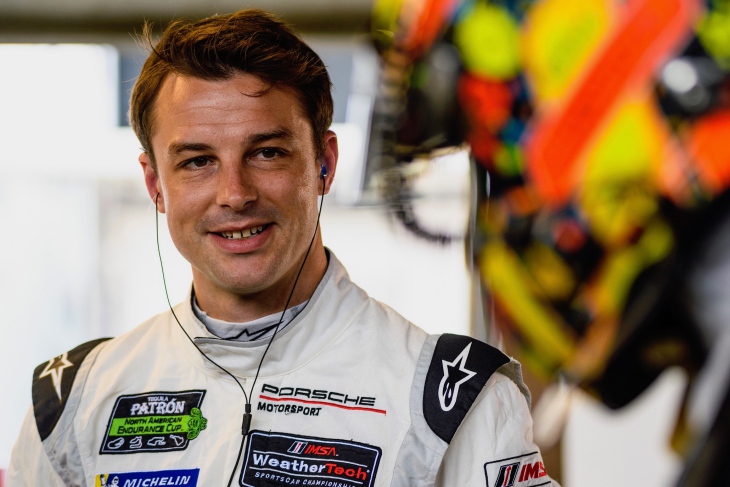 The 27-year-old Kiwi won the 2017 World Endurance Drivers’ Championship for Porsche, and now drives full-time for Porsche GT Team in the GTLM class of the IMSA WeatherTech Sports Car Championship, where Bamber has already won at Mid-Ohio in May. It will be his first time racing at Suzuka.

The #77 entry boasts a very potent pro-am driver lineup that will be in the mix for the sub-class victory and podium. From the Super Taikyu team, they bring in Satoshi Hoshino, the President & CEO of D’station’s parent company Nexus Group, and a two-time Gentleman Class champion of the Porsche Carrera Cup Japan. They’ve also brought in 28-year-old Tsubasa Kondo, who won the 2016 overall title in the Carrera Cup Japan. 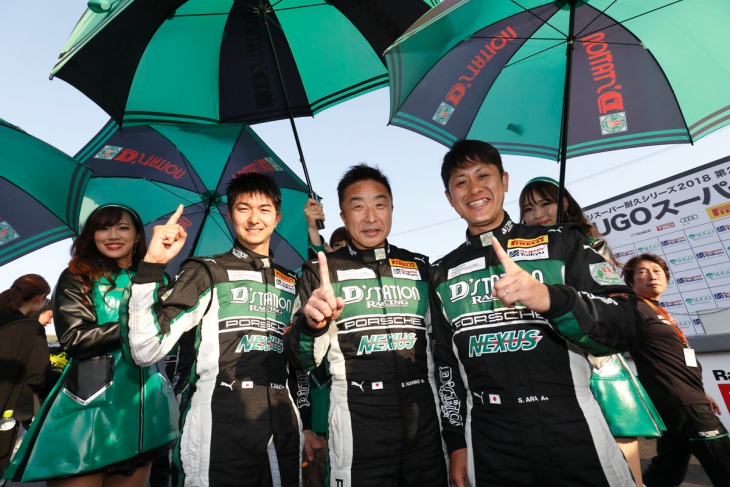 Hoshino (above, centre) and Kondo (above, left) won the second round of this year’s Pirelli Super Taikyu Series at Sportsland SUGO in the car that they’ll share with their guest driver, Jono Lester.

Lester makes his return to racing in Japan after finishing 8th in the GT300 Drivers’ Championship last year while driving for Pacific with Gulf Racing. The 28-year-old Kiwi was a two-time runner up in Super Taikyu’s premier class, in 2012 and 2013, while driving for the Petronas Syntium Team.

Lester currently drives in the Thailand Super Series for Vattana Motorsport – but has been aiming at a return to Japan since being displaced from his former Super GT squad this off-season. 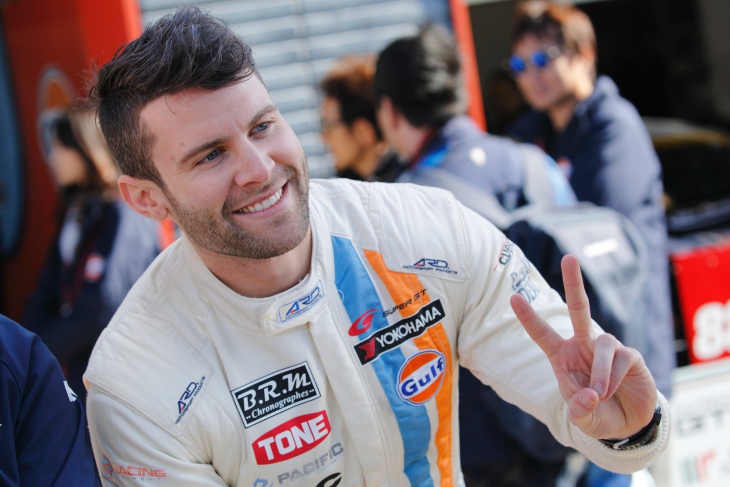 D’station Racing’s two-car entry joins the single-car entries from international Porsche customer teams Black Swan Racing, Craft-Bamboo Racing, and Manthey Racing – making it five Porsche 911 GT3-Rs entered for the race on 24-26 August, in search of Porsche’s twelfth overall win at this event, and their first since 1994.