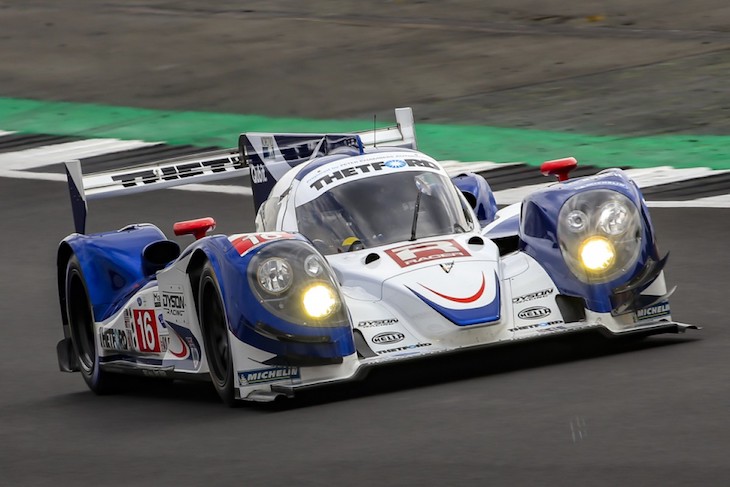 At the start, Tandy led away while Lyons (Oreca 03-R Nissan) was momentarily pipped by Martin Short’s P1 Dallara-Judd SP1 before the youngster took the place back and set about chasing the leading ex-Dyson Racing Lola-Mazda. Lyons took the lead from Tandy on lap 3, bravely diving inside the Lola into Village before trying his hardest to build a big enough lead. 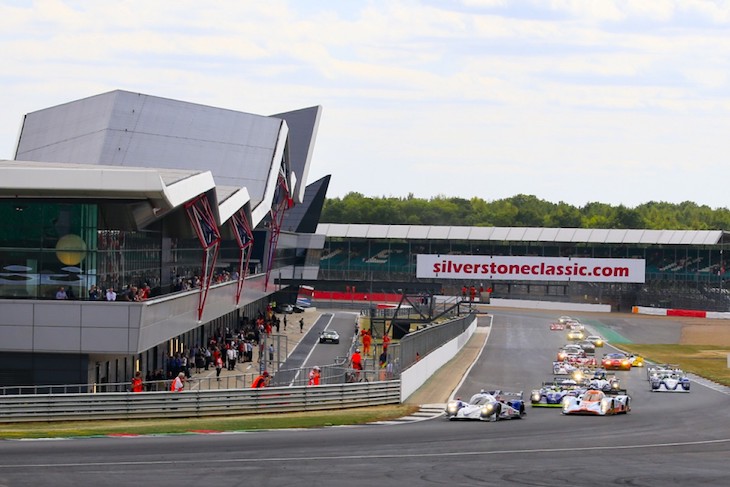 In attempting to do so, Lyons decided to stay out as long as he could as his rivals all pitted earlier into the pit window. But as the race was shortened to 11 laps because of Silverstone’s curfew, Lyons was left with no time to make up for his penalty. As a result, he dropped down to fifth place behind Christophe d’Ansembourg’s Lola-Aston Martin DBR1-2, Martin Short’s Dallara-Judd SP1 and David Porter’s Peugeot 908 HDi FAP.

D’Ansembourg had made his way past Short on lap 2 and passed Tandy on lap 5 but lost ground at the pitstops. 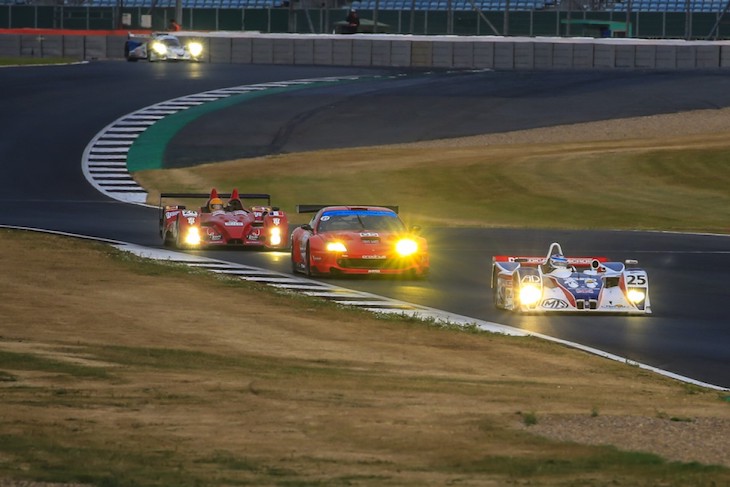 In GT1, Steve Zacchia similarly stayed out late in his Ferrari 550, but in doing so lost out to James Cottingham’s similar machine. In GT2, Tom Kimber-Smith led all the way in his Aston Martin Vantage, ahead of James Thorpe’s Ferrari 430 and Colin Sowter’s Vantage.

Steve Tandy doubled up as he fended off the attentions of Le Mans veteran Hervé Regout in the Lola-Aston Martin DBR1-2. Never separated by more than 1.5 seconds, except for a mistake by Regout three laps from the end, the two wooed the crowds with a thrilling battle for the lead, passing and re-passing each other on lap 5, Regout firmly taking the lead on lap 6, and Tandy turning the tables yet again on lap 8 when Regout out-braked himself into the Loop. The Belgian once again closed the gap but dropped back after a second mistake on lap 11. At the finish, Tandy had just 0.8 seconds in hand.

It was very exciting”, said Tandy. “I knew the Lola-Aston Martin was the car I had to beat – and it was great racing against an old Pro like Hervé. Really close and clean racing!” 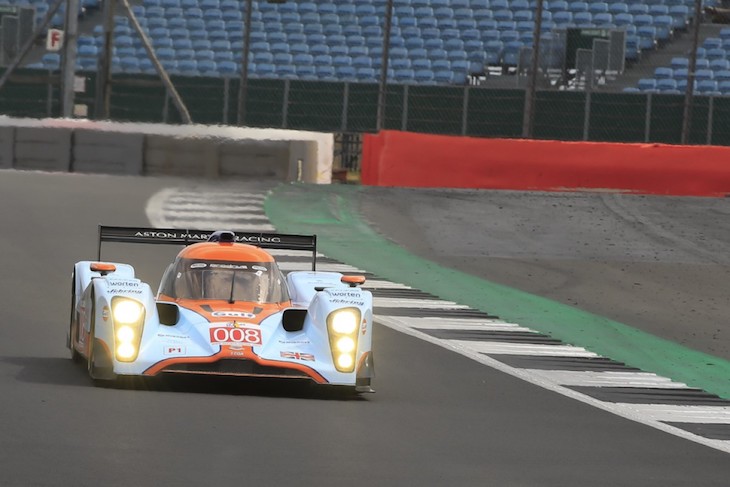 “I accidentally hit the pit limiter”, Regout said about suddenly losing three seconds to Tandy at the end, “and then I had just too much traffic. But I’m very grateful to Ron Maydon for creating this series. I used to drive Group C, but LMP1 is something else. It’s an entirely new challenge, yes, at my age! You know, you’re never finished, I still have a lot of things to learn…”

In an equally epic struggle for third place, David Porter (Peugeot 908 HDi FAP) finally pulled through by passing Martin Short’s Dallara-Judd SP1 on the penultimate lap. The Peugeot had been hounding the Dallara lap after lap, the cars running nose to tail for 14 laps before Porter finally found a way past. 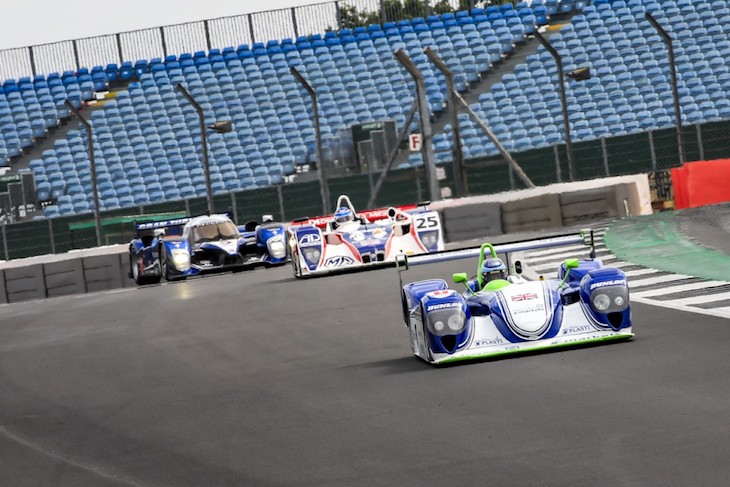 “I’m new to the track and to the car, I’m still learning to find its limits. But I knew his tyres were going off at the end, and that’s what happened. And with the extra grunt of the Peugeot, it was game over.” 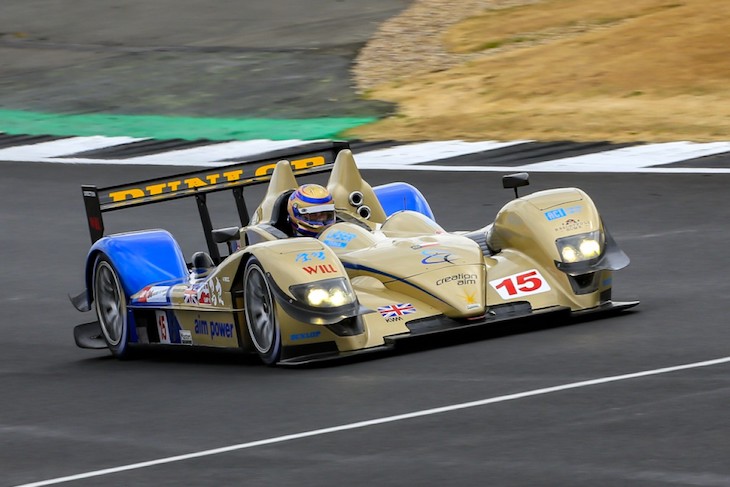 After the stops, Nick Leventis in the Aston Martin DBR9 took charge in the GT1 class, fending off Steve Zacchia’s Ferrari 550. Early class leader James Cottingham had to retire his 550 on lap 9. 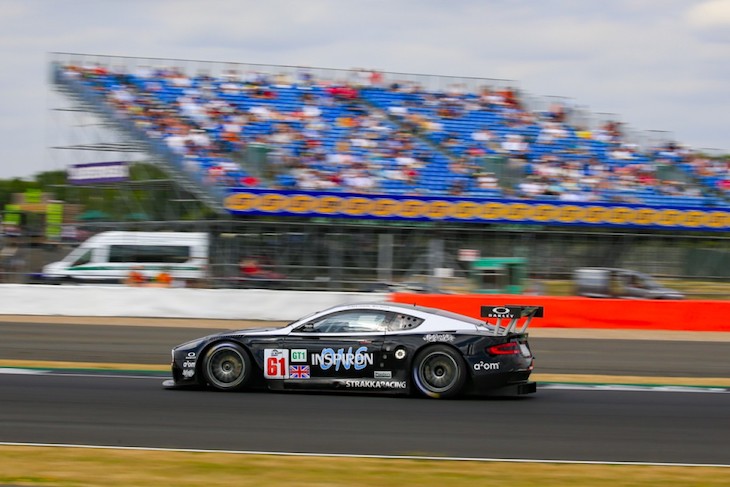 “It was fantastic”, said Leventis. “Yesterday, the prop shaft failed so we had to come from the back. Fortunately, we had a spare prop shaft, and it was great to come through the field.”

In GT2, Paul Whight prevailed in the Aston Martin Vantage that was campaigned by Tom Kimber-Smith yesterday. James Thorpe’s Ferrari 430 led initially but Whight turned it around at the stops. Colin Sowter was a distant third in his Vantage. 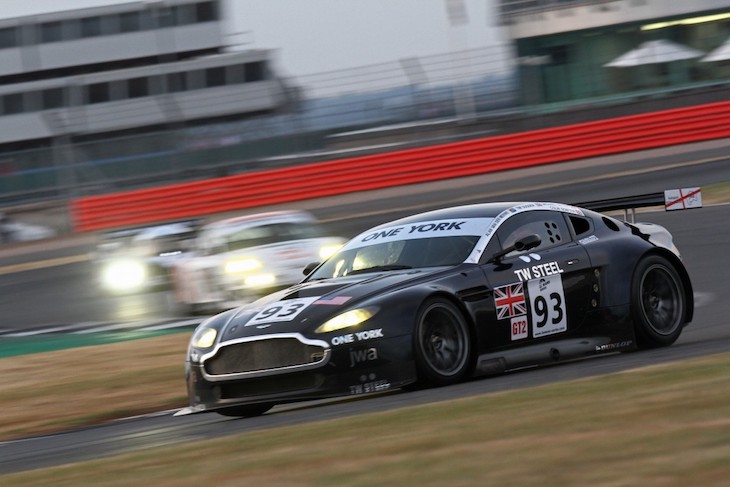