Walkenhorst Motorsport team owner Henry Walkenhorst has now had time to reflect on his team’s biggest achievement to date: winning the 2018 24 Hours of Spa.

His team’s Pro class BMW M6 GT3, driven by Christian Krognes, Philipp Eng and Tom Blomqvist managed to win the race and complete 511 laps of the circuit, beating a collection of the best GT teams in Europe on the way. It was a narrow victory, with multiple other cars still on the lead lap and close behind at the end, but nevertheless a convincing one.

Few would have singled out the Walkenhorst team as the favourites, even after qualifying, but in the race the tables turned, Walkenhorst won its first Spa 24, the M6 GT3 won its second, and BMW as a brand scored its record 24th win in the race.

Because Walkenhorst’s BMW had to fight off challenges from fellow BMW team ROWE Racing, 2017 winning team Sainteloc, Land Motorsport and Black Falcon all the way to the flag, it was a stressful, but exciting time towards the end of the race, as Henry Walkenhorst, who as a BMW dealer away from racing has additional affinity to the brand, recounted.

“It was obviously very exciting. We had actually planned for me to do the final stint in our second BMW M6 GT3 (in the Am class),” he explained.

I was very, very nervous and was pacing up and down. I could not sit still during the final stages

“However, I gave that a miss, as I was really very tense. When you are on the cusp of achieving such a big success, I think that everyone in the team feels the same. Like me, every one of us was trembling with excitement. I was very, very nervous and was pacing up and down. I could not sit still during the final stages.

“I don’t think you can sum the win up in one sentence. The decisive thing was simply not to make any mistakes and to have a good strategy. It is standard procedure for everyone to line up with a well-prepared car.

“I think the combination we had this year was crucial. BMW Motorsport gave us great support, we had superb drivers, all of whom were flawless. We had perfectly-prepared cars and a different strategy to what many would perhaps have expected from us. We were progressive and repeatedly opened up a gap of 10 to 15 seconds.

“However, we were also aware that that could be wiped out by a relatively large number of safety car periods. In the end, we came away with this fantastic result.” 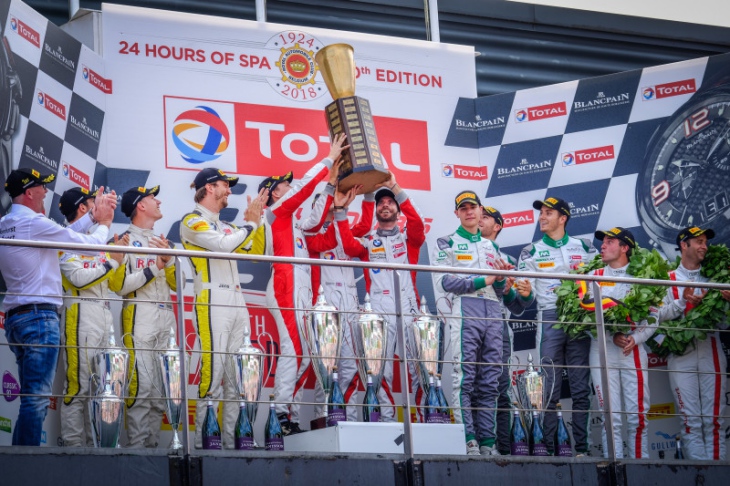 Because it was such a topsy-turvey race up front throughout, with multiple cycles of contenders emerging while others fell away, Walkenhorst said he tried his best not to think about the possibility of winning until the closing stages.

“You obviously start hoping you can win relatively early in the race, then you spend the rest of it biting your fingernails. We are VLN specialists and, unfortunately, have also had results over the past three, four or five years, in which one or other of the cars has had to retire on the final or penultimate lap, there has been a technical issue, and so on.

“You really get your hopes up in the last two hours, and then it gets closer and closer. After the final pit stop it was clear to us that we had a very good chance of winning, provided the technology held up. And it did.”

While his team as a whole were extremely impressive, and played a huge part in allowing the team to contend for the overall win, his trio of Pro drivers were also a big part of the team’s eventual success.

You obviously start hoping you can win relatively early in the race, then you spend the rest of it biting your fingernails

After the race, Walkenhorst was particularly complimentary of Krognes, Eng and Blomqvist’s performances.

“Christian has always tended to hide his light under a bushel. That is simply because he is yet to record the kind of results at such special races as the one at Spa-Francorchamps or the Nürburgring 24 Hours, which would attract a lot of media attention.

“That aside, Christian Krognes (a team regular) is the lap record holder with our BMW M6 GT3 on the Nordschleife. He set the lap record in 2016. He is one of the very best drivers – very level-headed and very focused, but also a privateer, who is obviously not able to take his place in the car for races and practice sessions every week or fortnight.

“With that in mind, his performance here must certainly be rated just as highly as the absolute top performances delivered by Tom Blomqvist and Philipp Eng. For those three days, they spoke about nothing else. They exchanged ideas, brooded over data and were focussed. 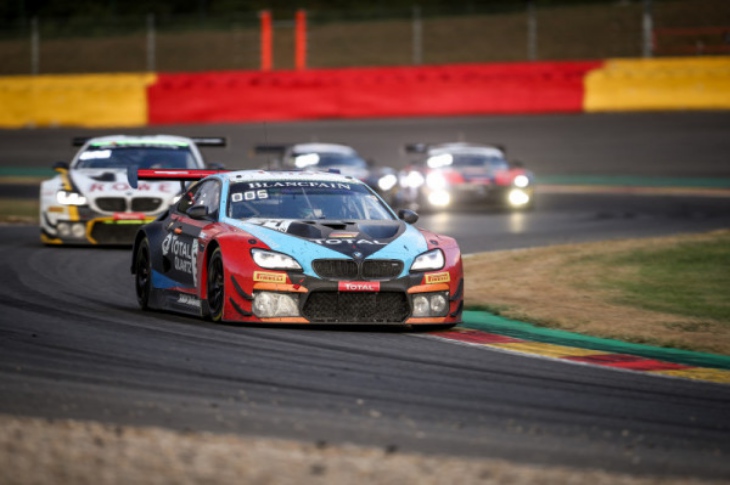 “It is this down-to-earth attitude and commitment that make Tom and Philipp so special. We already knew we could expect that from Christian.”

What’s next for the team? Well, hillclimbing this weekend for one, but also more VLN action in the near future.

“This weekend, we are straight back to business at the hill climb here in Borgloh, one of the biggest hillclimbs, which is being staged for the 51st time this year. This is our home race, right on our doorstep, just three kilometres from the team headquarters. We will compete in the individual classes there with the BMW M6 GT3, BMW M4 GT4 and the BMW M235i Racing.