The WEC is back in action this coming weekend after a two-month break for round three of the 2018/19 ‘Super Season’.

The entry includes a 15-car Prototype presence eight LMP1s and seven LMP2s with multiple changes in both classes since the Le Mans 24 Hours.

There are a number of championships up for grabs amongst the Prototypes with an LMP1 Teams Championship, combined LMP Drivers Championship and trophies too for both LMP2 teams and drivers. The first of the season’s pair of 150% scoring Le Mans 24 Hours has now played a part in those standings, now back to the regular six-hour haul for the next three races!

10 becomes eight for Silverstone with the now well-documented issues surrounding the TRSM programme, and latterly the Mecachrome engine, that have sidelined the Ginettas for now. There are active plans that should see a now AER-powered G60-LT-P1 back in action for the Asian flyaways, but that’s a story for another day.

Another storyline since Le Mans is the evolution of the Equivalence of Technology. Significant adjustments have been made in favour of the non-hybrid powered runners, and correctly so, the performance disparity in June was frankly unacceptable in an ongoing World Championship, the politics of the process allowed, it seems, to overwhelm the data-led equalisation process. For now we’d suggest that this is work in progress!

Toyota emerge from a near-faultless Le Mans with a long-awaited (and deserved) win (and second place too, again!) and a dominant points lead in the World Championship.

Make no mistake the TS050 is the best car in the class, and by a substantial margin, and with a very high quality team in and out of the cars to help it stay there!

In points terms its been a perfect run thus far from the #8 crew, both wins and both pole positions falling to the Alonso, Nakajima, Buemi combo.

All three are very fast indeed, Alonso doing a much better job of adapting to the challenges of piloting an LMP1 Hybrid than just about anyone else has previously. 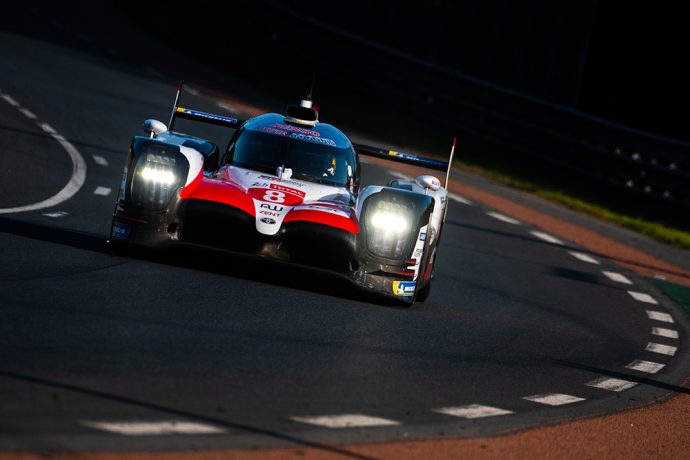 Whilst there were certainly very extended periods at Le Mans that saw the Toyotas truly battling, and whilst there was little doubt too that Alonso’s pace into the night was very, very good, there was more than a scintilla of doubt around the pace at much the same time of Jose Maria Lopez, either a little team tactics was in play, or the Argentinian’s pace was somewhat off!

Aside from that open question there’s certainly little else to give credence to any thought that the #7 crew can’t go head to head with their team-mates, Kamui Kobayashi’s brand of banzai lappery melding well with Mike Conway whose apprenticeship in the team was over some considerable time ago, the Englishman now consistently one of the fastest of the regular sextet.

Rebellion Racing came into the season with high hopes, and have been consistently the best of those not carrying a Toyota badge (or a c.500bhp hybrid system!)

The surprise thus far is that it has not been the superstar trio in the #1 car (Messrs Jani, Lotterer and Senna) that have been the dominant force in the team, but rather the ‘youngsters’ in the #3, Thomas Laurent has had a stellar time thus far and with the support of the talents of Gustavo Menezes and Mathias Beche alongside the trio have something of a head start on the opposition! 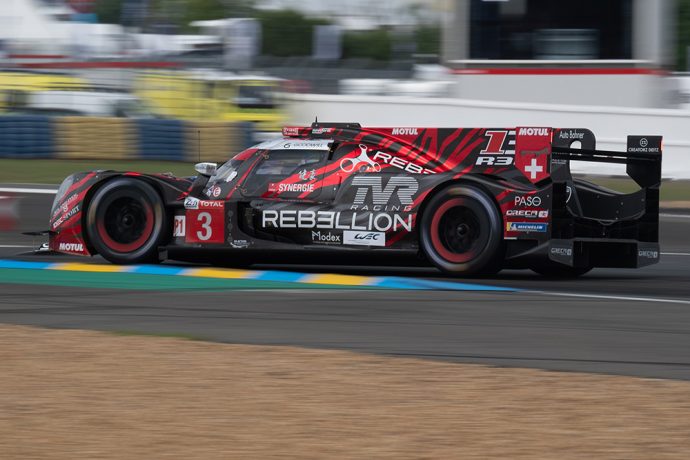 Either way the Rebellion pair will be looking to see what effect the EoT changes since Le Mans will have made to their ability to restrict the gap to the Toyotas, and whilst there have been some unhappy utterances from some of the drivers their drive is unlikely to be anything other than spirited this weekend!

SMP Racing have the second big F1 name in the entry with Jenson Button aboard the #11 BR1 AER alongside rapid and experienced Russian pairing Vitaly Petrov and Mikhail Aleshin.

The car, and it’s twin-turbocharged AER powerplant, have shown flashes of real form without yet seeming on a par with the Gibson-powered Rebellions, Silverstone though should see the debut of the team’s well tested higher downforce package, could this be a turning point?

The sister #17 car meanwhile sees just a two-driver line-up for Silverstone, Stephane Sarrazin and Egor Orudzhev trusted with the 6 Hours as Matevos Isakkyan is placed on ELMS duties only (Orudzhev sits that one out). Is it a strategic move? Or a message to the rapid but at times overly aggressive Isaakyan that endurance racing requirs a little more control? 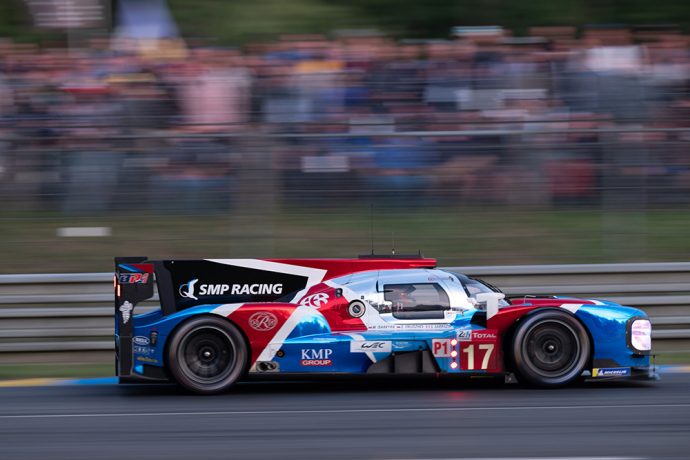 DragonSpeed have had a traumatic start to their LMP1 campaign with heavy accidents for the Gibson-powered BR1 both at Spa and Le Mans resulting in a pair of dnfs. The Elton Julian-led team is doing double duty over the weekend with Ben Hanley and Henrik Hedman contesting both the WEC and ELMS, the former together with Renger van der Zande, the latter with Nico Lapierre.

The car has speed, Julian very happy indeed with his engine choice in particular, and so do their Pro drivers, with Henrik Hedman working hard for the consistency and error-free results that are the key to carrying this programme forward. Silverstone is a circuit that Hedman knows better than most, this could be the start of a turn-around for the #10. 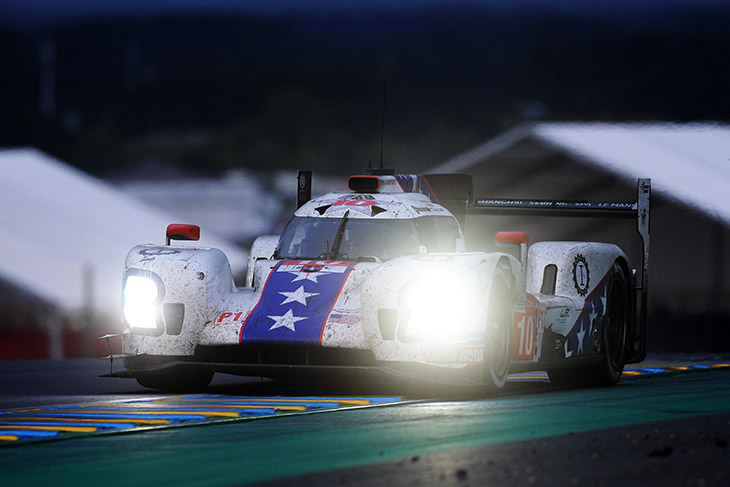 ByKolles have been testing a revised aero package ahead of Silverstone and will be another team running with a two-man driver squad if the current entry list stays as published.

The effort has shown promise, in particular at Spa, but needs consistent results. The experienced Oliver Webb and the raw pace of Tom Dillmann will be an interesting combo this weekend.

Whilst the LMP2 class result from Le Mans is still subject to a hearing at the FIA Court of Appeal next month after the winner on the road, the #26 G-Drive Racing ORECA was later excluded for a fuel rig infringement, the one thing that can be drawn from that situation is that it will have no bearing on the overall Championship standings, the G-Drive squad are not a WEC entrant (read on though for the other car embroiled in the issue).

That leaves the current Championship leaders, and provisional Le Mans winners, the #36 Signatech Alpine team, Nico Lapierre, André Negrão and Pierre Thiriet. The combo has dropped only a potential eight points so far, finishing second in the season opener and not scoring pole at Le Mans. 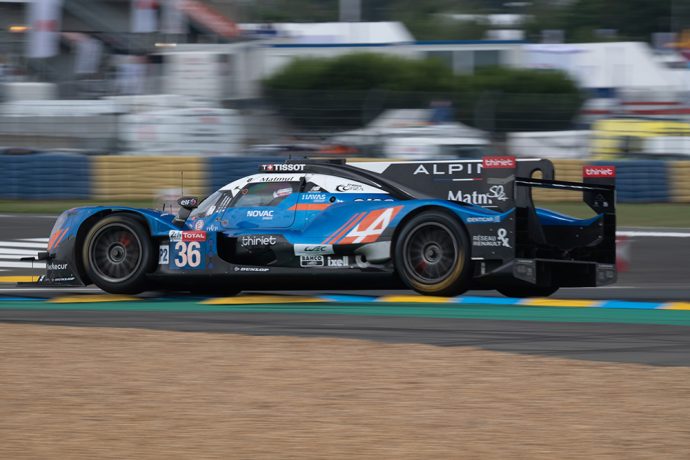 They have though been a very impressive trio in a team that knows how to win at this level.

Lapierre’s speed is well known, Negrão has been straight-up fast from the get-go and Thiriet remains one of the fastest and most consistent ‘Silvers’ anywhere. These guys are going to be tough to beat on either pace and/ or consistency.

Chasing hard are the Jackie Chan DC Racing pair of ORECA 07 Gibsons, they have a points gap to close down to the Alpine but are separated by a single point from each other, the #Mighty38 trio of Ho-Pin tung, Gabriel Aubry and Stephane Richelmi just ahead of the all-Malaysian squad inthe #37 of Jazeman Jaafar, Nabil Jeffri and Weiron Tan. 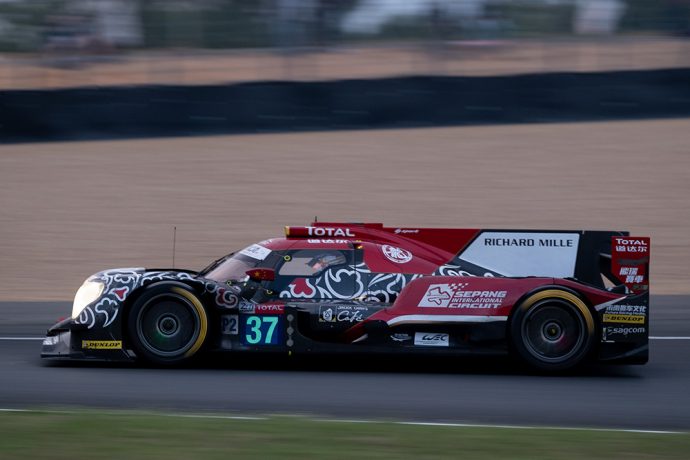 All of the six, with the exception of Tan, have significant Silverstone experience and both cars should be in the hunt. The team though, across the board, are looking for a little more pace, Silverstone will be a great barometer on that front!

DragonSpeed is the next outfit to feature a significant change, Nat Berthon’s deal expired at Le Mans and he’s now replaced for the remainder of the season by Ant Davidson, the Toyota Test and Reserve driver likely to fly here!

DragonSpeed are also the lead car in the Michelin-shod trio in the standings and there’s real potential for progress up the order if the Davidson/ Maldonado/ Gonzales trio gels in the #31 ORECA 07.

Racing Team Nederland ring the changes too with their Michelin-shod Dallara P217, Frits van Eerd and Giedo van der Garde joined from here on in by rapid Nick de Vries, the 23-year-old Dutchman replacing Jan Lammers, he arrives with race-winning form in F2, GP3 and Formula Renault 3.5 on his cv. 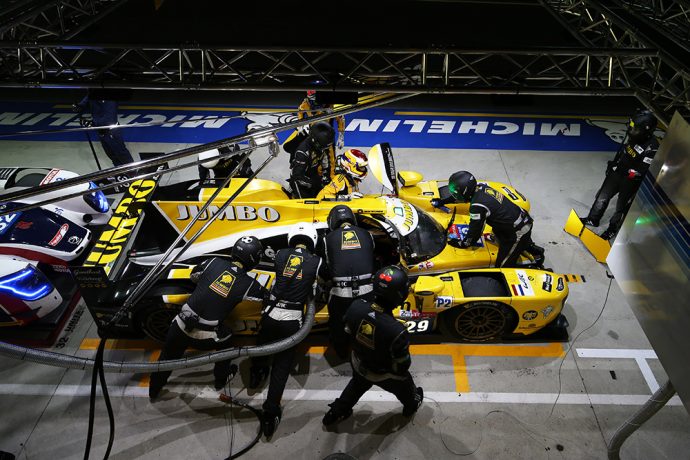 There’s speed here, undoubtedly, and the driver switch will unlock more still of that, but there are still concerns about the Dallara package, to the point where sources suggest that a further minor change has been requested via the FIA by the Italian manufacturer.

Last in the points standings at present is the #28 TDS Racing ORECA, a non-score at the moment at Le Mans in the wake of the fuel-rig saga that cost them a 4th place finish (and third-placed WEC points). 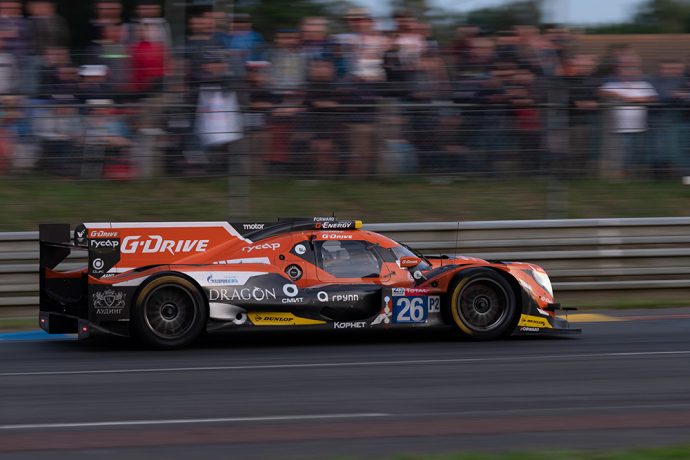 The FIA Court of Appeal hearing next month may put a different perspective on things but for now it’s a long haul ahead for Francois Perrodo, Loic Duval and Matthieu Vaxiviere. Pace on tap but now points required, urgently.