DSC got a first glimpse of the new names on the side of some of the cars for the meeting when it headed to the pit lane this afternoon.

First was TDS Racing regular and R-Motorsport driver Matthieu Vaxiviere, who is making his debut with Racing Engineering this weekend in place of Ford driver Olivier Pla. Pla is expected to return to the Spanish team for the next round at Spa. 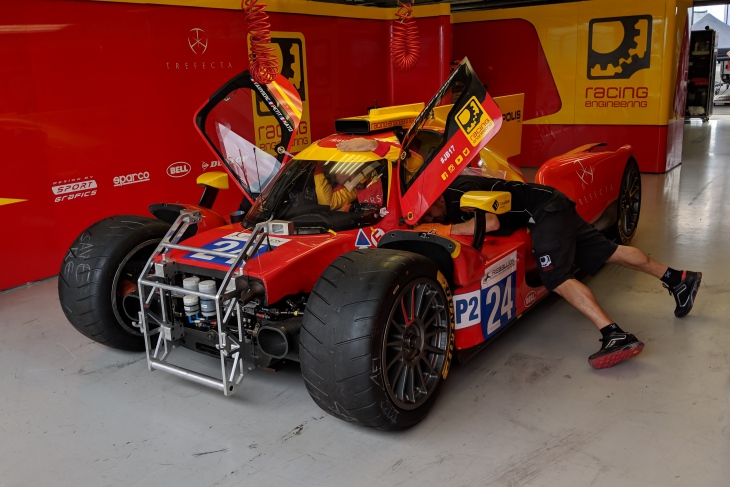 Gary Findlay’s name meanwhile, is now on the #40 G-Drive Racing ORECA for the meeting, in his return to the series. 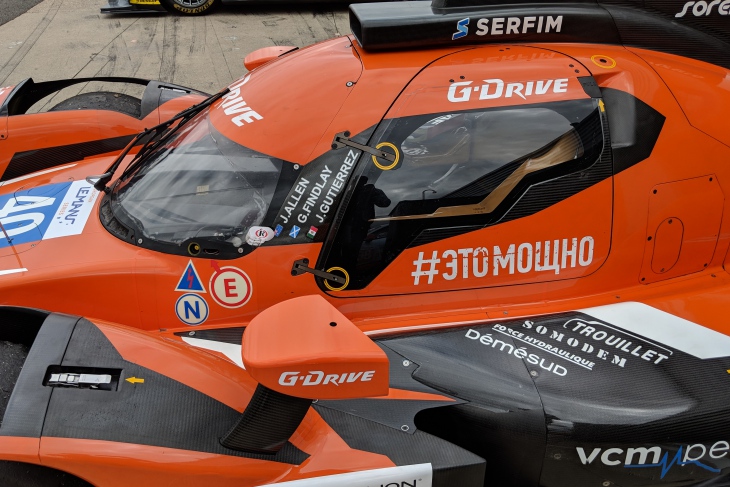 And finally, at AT Racing, Mikkel Jensen is now out, Frenchman Yann Clairay in. 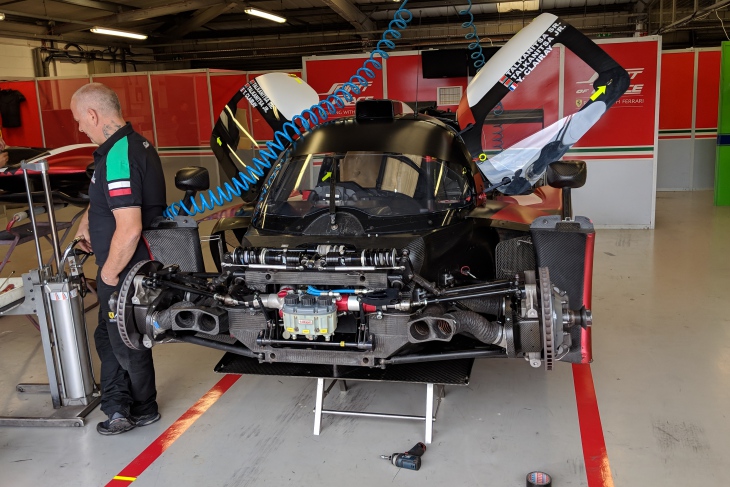 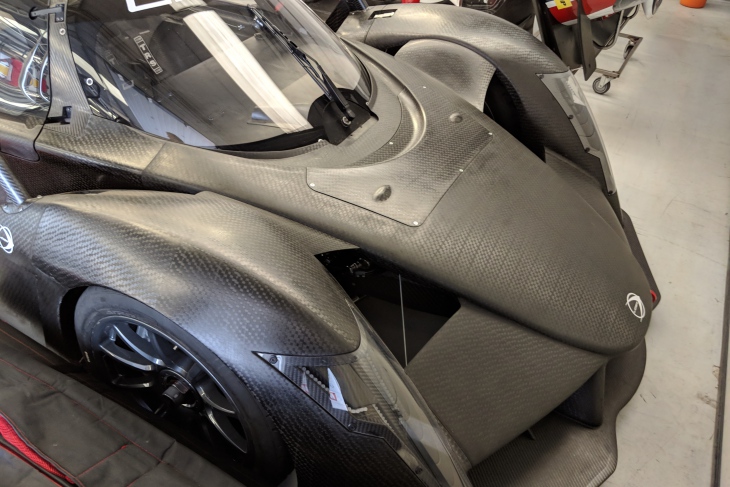 DSC came across a Ligier JS P4 in a paddock for the first time today, United Autosports set to put the car on display outside its hospitality this weekend along with a March 701. 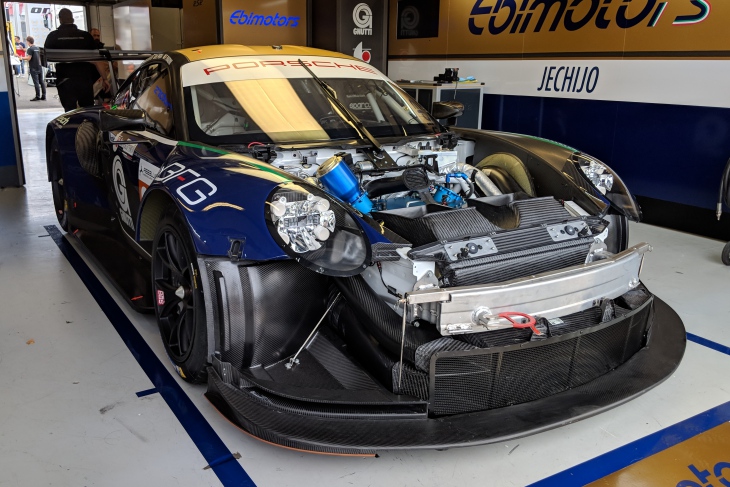 Italian GTE team Ebimotors is here this weekend with its brand new, unraced Porsche 911 RSR, after it ran a Proton car in the opening rounds of the season while the team awaited delivery. 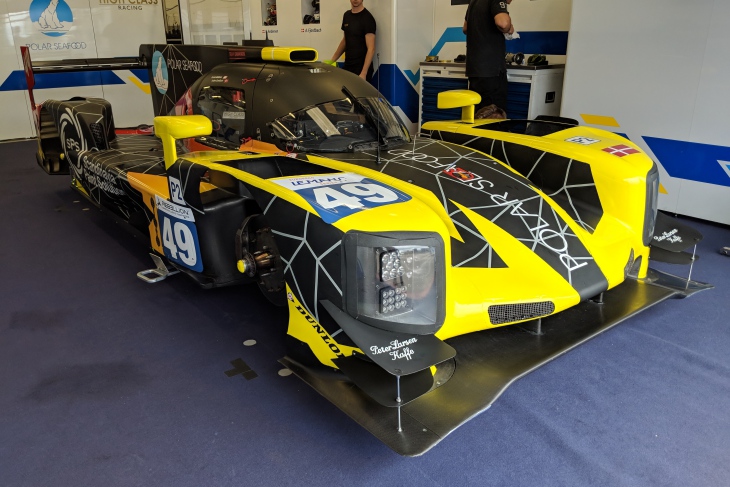 The most striking change to the paddock though, is most definitely High Class Racing’s new-look Dallara P217. The Danish team has changed the livery completely as part of a deal with its new sponsor Scandinavian Paint Solutions.

High Class was one of a number of teams that took part in a pre-event test this Monday, Fjordbach telling DSC that it provided the Dennis (Andersen) a chance to get some track time before the first practice session.

He explained that IDEC Sport’s Ligier, which is not here this weekend, is set to return to the ELMS for the next round of the season at Spa. 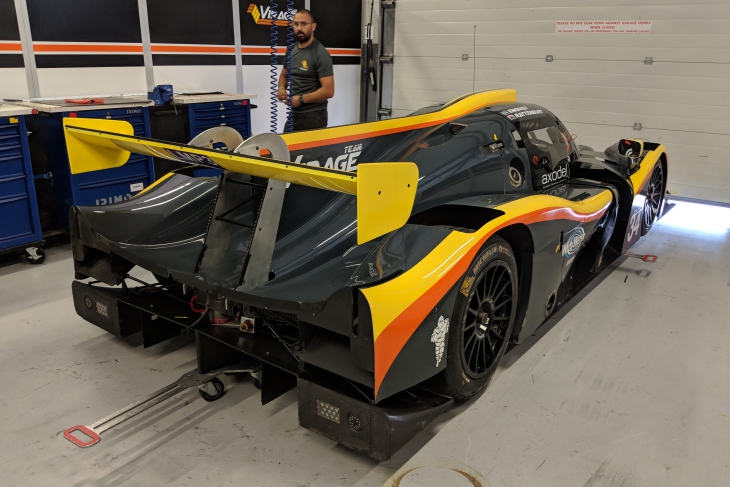 Team Virage is a new face to the ELMS paddock, the team competing in VdeV this year with its new Ligier JS P3. Here’s its JS P3 seen for the first time. The outfit did however make an appearence in the ELMS earlier this year, as it ran the one-off Racing For Poland Ligier at Monza.

One team has dropped out of this weekend’s race weekend at Silverstone, 2017 Le Mans Cup Champion DKR Engineering not making the trip with its LMP3 class Norma M30. Last time out in Austria the team ran with a one-off line-up of Ricardo Sanchez, Henning Enqvist (who is set to drive with Team Virage) and Fabien Lavergne.

This weekend will act as a precursour to the team’s announced two-car 2018/19 Asian Le Mans Series campaign.