Continuing from Part 1 of DSC’s 6 Hours of Silverstone yesterday, which concentrated on the LMP ranks, here’s a look at both GTE classes, after the post-Le Mans break.

Back in June, the GTE field arguably provided the most entertaining action, particularly in the Pro ranks, which at times, saw lengthy trains of cars scrapping for positions. While there wasn’t a true battle for the lead after the early hours, there were some memorable tussles, and the hope is that we see more door-to-door action this weekend in front of the British fans.

The biggest storyline going into this weekend, unfortunately is going to centre around BoP. At Le Mans, for Aston Martin and to a lesser extent BMW it was off, and off to a near-2016 level. And while the BoP has changed in favour of Aston Martin we don’t yet know for sure that it will mean all five factories are able to compete this weekend. Aston Martin has of course been the biggest benefactor, and it’s justified.

The team, fresh off a quiet, but encouraging Le Mans, brings just two drivers to the race in each car, Darren Turner focusing on testing the new GT3 Vantage going forward and Jonny Adam moving to the GTE Am class to drive with customer team TF Sport. 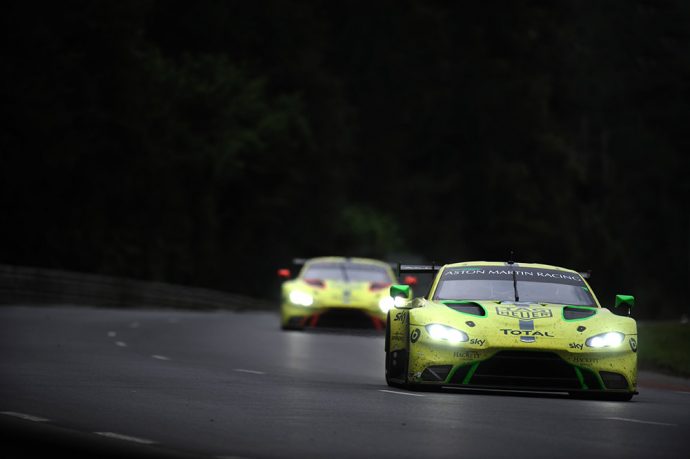 At Le Mans, the speed wasn’t there, but the reliability was, an Aston Martin driver explaining to DSC recently that looking back the team really did push the Vantage to its limits in France despite having very little to play for in terms of a result.

At this point, after a strong run in off-season testing, and a relatively trouble-free Spa and Le Mans, if the speed arrives, then there’s no reason that this car can’t be a winner this year, and as soon as this weekend.

With Turner and Adam not present, Aston Martin’s drive line-up does, in the #97 at least, look very different. We know that Marco Sorensen and Nicki Thiim as a partership are consistently strong, but Maxime Martin and Alex Lynn have limited experience racing togehter. It’ll be interesting to see the chemistry between the two develop further this weekend.

The other factory hoping to score a first win for a new car is BMW, its M8 GTE still without a win the WEC or in IMSA, (though it has come close, as recently as the last round at Road America). 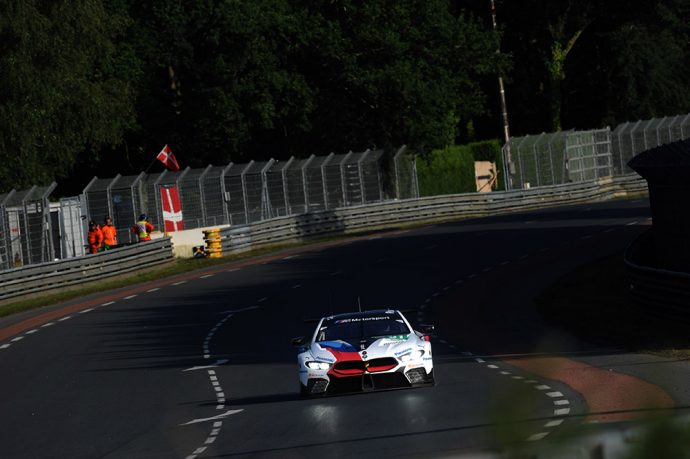 Nicky Catsburg and Martin Tomczyk will drive the #81 and Antonio Felix Da Costa and Augusto Farfus will share the #82. This is a slight change to the team’s Spa line-up, which saw Tom Blomqvist driving in Farfus’ seat, the Brazilian will therefore make his first 6-hour WEC start of the season in the UK.

And it’s much the same story for BMW as it is with Aston Martin, it’s car reliable enough (though at Le Mans both cars hit trouble), but not yet quick enough to challenge for wins. The Le Mans BoP was kinder to the German marque though, as it did enjoy time spent in the top five during the 24 Hours, in let’s not forget, was a class that featured 17 cars.

Will this be BMW’s breakout weekend in the WEC?

The remaining three marques, Ferrari, Ford and Porsche are on form, the ones to beat.

Thus far, Ford and Porsche have wins to their name, 2017 Champion AF Corse meanwhile, is still searching for its first of the year. With no driver changes and the trusty hand which is the 488 GTE though, and there’s no reason why Amato Ferrari’s crew can’t make it three different winners in three races. 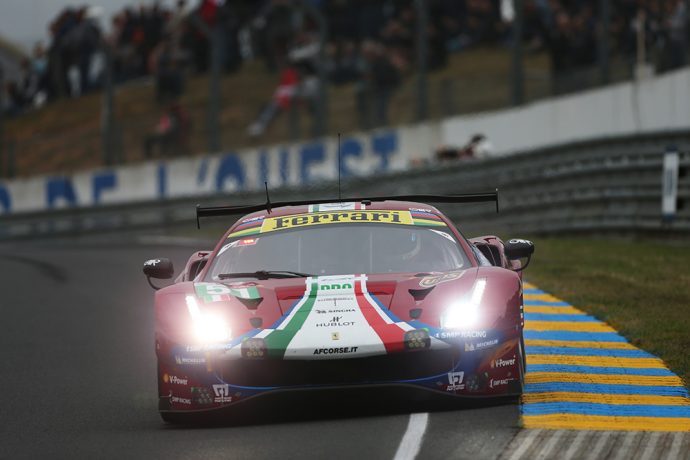 To do that though, his team will have to overcome Ford and Porsche, who so far have been the class of the field, and enjoyed a slight advantage on the BoP front thus far.

Will Porsche continue its winning form, after scoring a memorable win for the ‘Pink Pig’ at Le Mans on the brand’s 70th anniversary, or will Ford bounce back after the #67 (WEC full-season GT) was penalised after Le Mans because third driver Tony Kanaan failed to complete his minimum driving time? In points terms, while it is a bit too early to start discussing points, it could prove costly, as instead of finishing fourth, the crew were dropped to 12th. 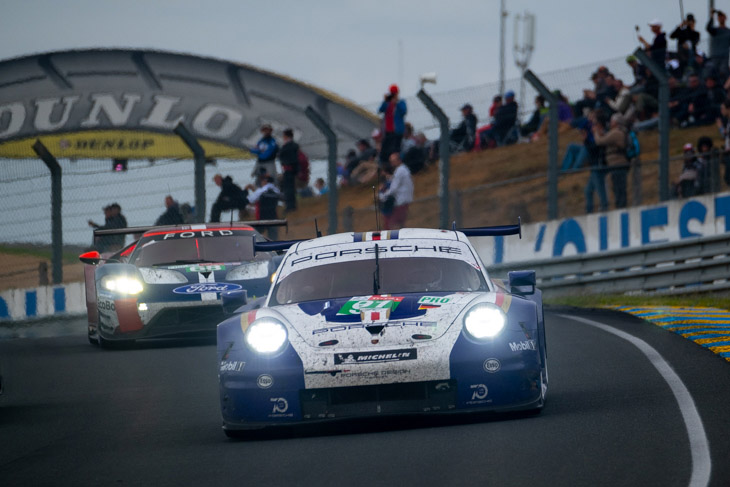 Either way, with five factories in the fight, there’s potential here for another awe-inspiring GTE Pro encounter.

And that will be an interesting storyline to follow, as Salih Yoluc and Charlie Eastwood, who retired at Le Mans, will be looking to score some valuable points and a first win for Tom Ferrier’s team with an Aston factory man installed. 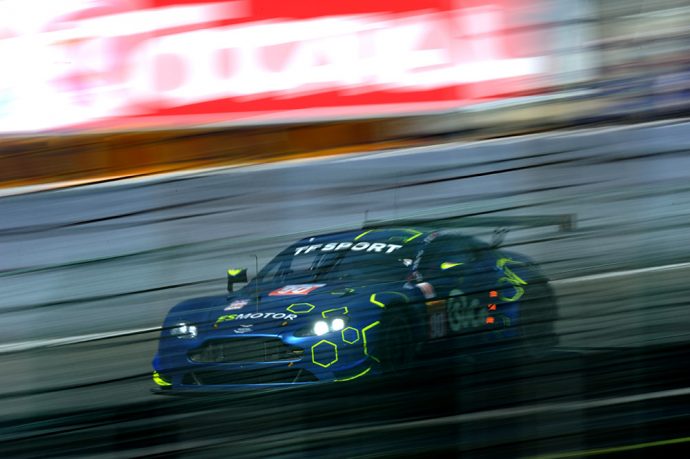 The remaining teams return to standard six-hour WEC action with the same line-ups they had at Spa. The target is now the #77 Dempsey Proton Porsche which won Le Mans, Christian Reid, Matt Campbell and Julien Andlauer making it a memorable double class win for Porsche.

It mustn’t be forgotten either, that Thomas Flohr, Francesco Castellacci and Giancarlo Fisichella were also incredibly impressive at La Sarthe, and finished second in GTE Am. It was another signature finish, that will almost feel like a victory for Flohr, who continues to improve race-by-race. 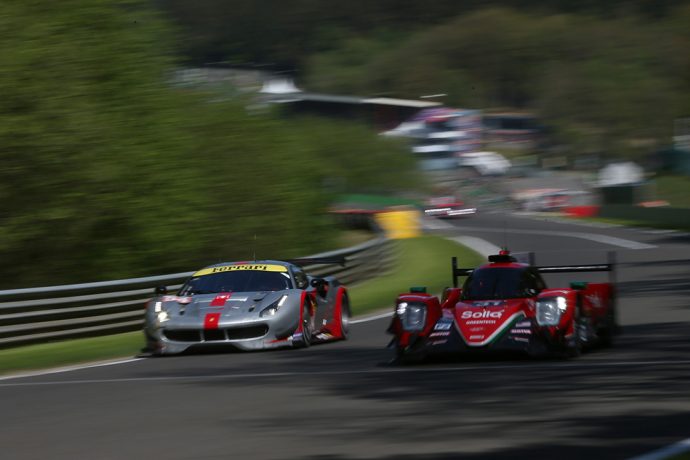 And with the other WEC runners lagging behind at Le Mans, there’s ground to make up for Clearwater, MR Racing, Gulf Racing (which is competing in the ELMS this weekend with Ben Barker, Mike Wainwright and Alex Davison), the #88 Dempsey Proton Porsche, Team Project 1 and the Aston Martin Racing (which suffered another disappointing run in France). 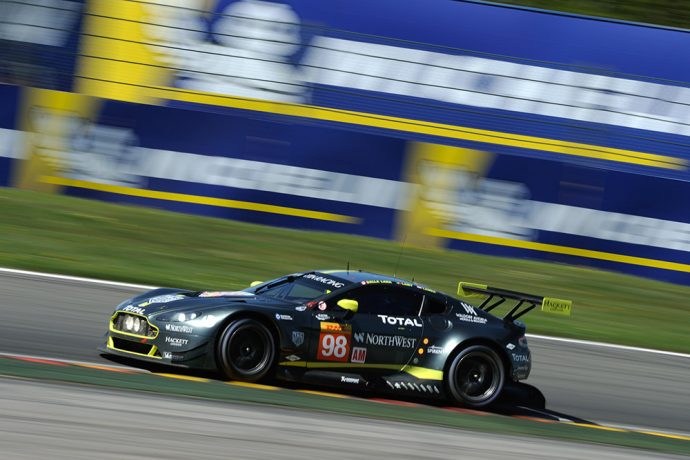 Le Mans wasn’t a classic for GTE Am, but Spa on the other hand, was, with battles for podium places towards the end of the race providing fans trackside and at home with something to cheer for after a rather lackluster six hours of prototype action up front.

Will we see more of what we saw in the Ardennes in the third round of the season? Let’s hope so…