Toyota continued its stranglehold at the top of the timing screens in this afternoon’s free practice session at Silverstone. The #7 Toyota Gazoo Racing TS050 driven by Jose Maria Lopez clocked the fastest lap (1:38.536), to go 1.4 second ahead of the sister car, the #8 shared by Sebastien Buemi, Kazuki Nakajima and Fernando Alonso which finiished up with a best time of 1:39.893.

Notably, Lopez’s time in the #7 was 1.4 second faster than the session-topping time from Free Practice 1 this morning set by his co-drive Mike Conway.

Third in class was the #17 SMP Racing BR1 AER driven by Stephane Sarrazin and Egor Orudzhev (1:40.179). The Russian car encountered some gearbox issues at the end of session and pitted temporarily for repairs.

Overall, the fastest non-hybrid LMP1 cars were not able to close the gap with the Toyotas this afternoon. On the contrary, the gap increased to 1.6 seconds (instead of 1.3 seconds this morning) per lap, Orudzhev the fastest LMP1 privateer driver this time.

After this morning’s accident, the #1 Rebellion Racing R13 was unable to take part in the session. The #4 ByKolles Racing CLM did not participate either the Austrian team’s car required repairs following its fire in the first session. That meant that just six LMP1 cars set times.

In LMP2 meanwhile, it was again a fight between the #28 TDS Racing, the #36 Signatech Alpine and the #38 Jackie Chan DC Racing ORECA chassis. 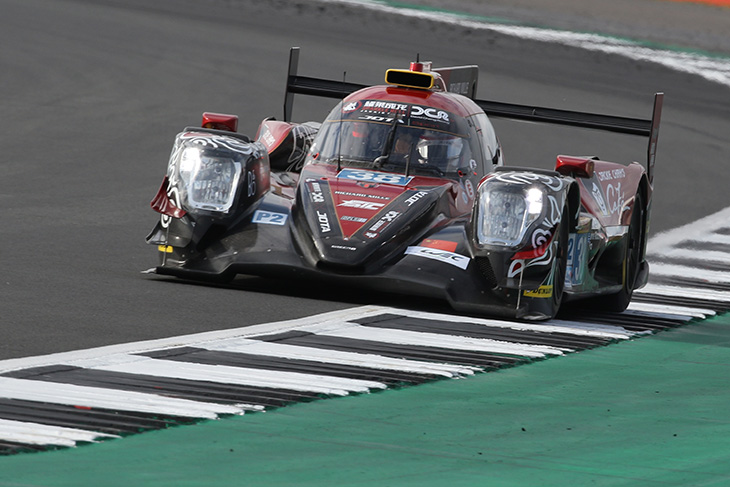 The latter driven by Frenchman Gabriel Aubry reeled off the fastest lap time, a 1:45.311, ahead of the championship-leading #36 Alpine of Nicolas Lapierre (1:45.751) and #28 of Matthieu Vaxiviere (1:45.818). The Jackie Chan DC Racing sister car – the #37 – finished fourth in class but it had to take a 10 minute stop and go penalty after causing this morning’s accident with the #86 Gulf Racing Porsche 911 RSR.

In the LMGTE Pro class, Ford topped again the time sheets with the #67 this time the fastest GT, thanks to a 1:56.898 by Harry Tincknell. Behind though, it was an encouraging showing from Aston Martin Racing. 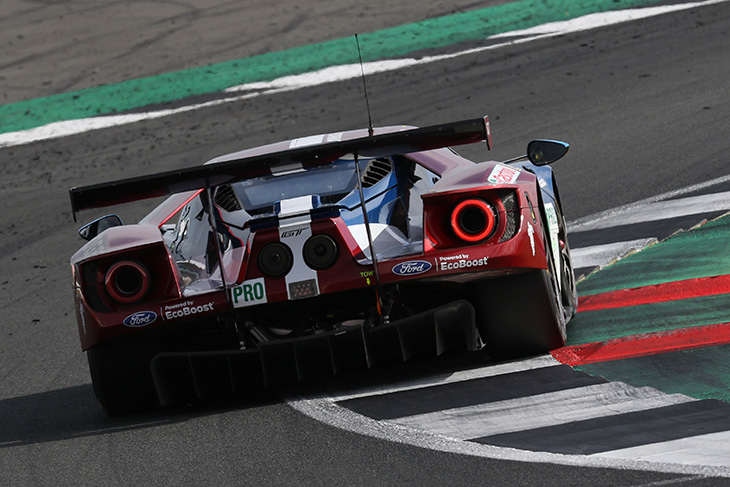 The team’s Vantage AMRs managed to hold the top spot in the times for part of this afternoon’s session before the fastest of the two (the #97 shared by Alex Lynn and Maxime Martin) ended up second of the category (1:57.026), just two tenths off the fastest Ford GT. Third in class was the second of the Ford’s (the #66 driven by Stefan Mucke and Olivier Pla), which finished up the day’s running with a 1:57.182.

Aston Martin also enjoyed a strong showing in GTE Am too. The #98 Aston Martin Vantage also led the category during part of the afternoon session but ultimately finished the session in second position with a 1:59.378 from Pedro Lamy.

By the end of the day, Lamy ended up nearly three tenths off the #88 Dempsey Proton Racing Porsche 911 RSR after FP1 pace-setter Matteo Cairoli managed to lap the circuit in 1:59.105. Third in class was the other Dempsey Proton Competition 911, the #77 thanks to Matt Campbell set a 1:59.449. 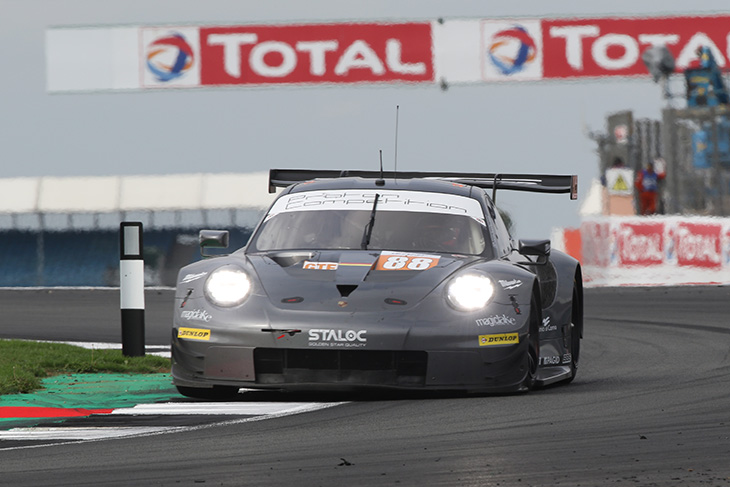 Next up for the WEC contenders is the qualifying session on Saturday afternoon at 12:00 PM.