Toyota Gazoo Racing began its 6 Hours of Silverstone weekend earlier today, as it finished at Le Mans, with a 1-2 at the top of the timing screens, after 90 minutes of track action in the first WEC practice session at Silverstone.

The #7 driven by Mike Conway, Kamui Kobayashi and Jose Maria Lopez set the quickest time, Conway reeling off a 1:39.916. The sister car, the #8 shared by Sebastien Buemi, Kazuki Nakajima and Fernando Alonso ended up second, nearly three tenths of a second behind the #7. 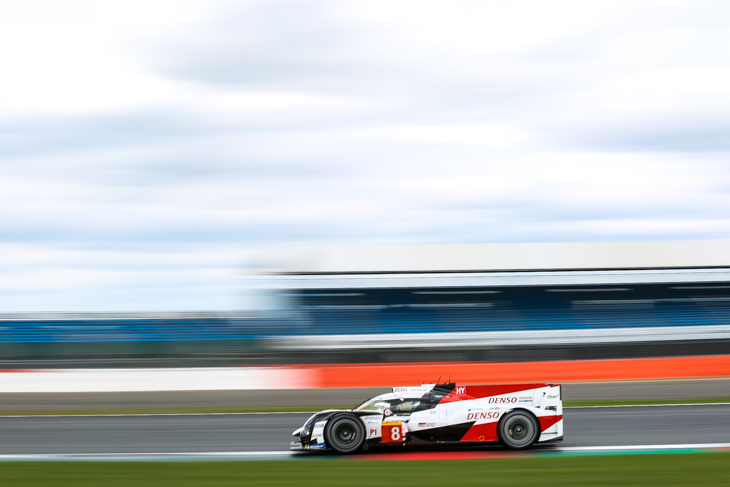 The #3 Rebellion Racing driven by Mathias Beche, Thomas Laurent and Gustavo Menezes ended first of the non-hybrid LMP1 cars with a 1:40.943, a full second behind the fastest of the Toyotas. The gap between Toyota and the other LMP1 cars is still significant despite recent Equivalence of Technology adjustments after the 24 Hours of Le Mans.

The session was red flagged on two occasions. The first interruption resulted from a big accident of the #1 Rebellion Racing driven by Bruno Senna. The Brazilian had a huge off at the exit of the fast right-hand Copse corner. Senna was taken to the medical centre for checks, the team confirming to DSC that he suffered a right ankle fracture from the impact. He will take no further part in the weekend.

Rebellion also confirmed to DSC that the car can be repaired, and should be ready to Free Practice 3 tomorrow morning.

A second red-flag stopped occurred in the final half hour of the session as the #4 ByKolles Racing ENSO CLM driven at the time by WEC debutant Rene Binder released oil on track, at Turns 5 and 6.

In LMGTE Am, it was a 1-2-3 for Porsche. Dempsey Proton Racing led the category with the #88 Dempsey Proton Porsche 911 RSR driven by Michael Wainwright, Ben Barker and Alexander Davison ahead of the sister car – the #77 shared by Christian Ried, Julian Andlauer and Matt Campbell. 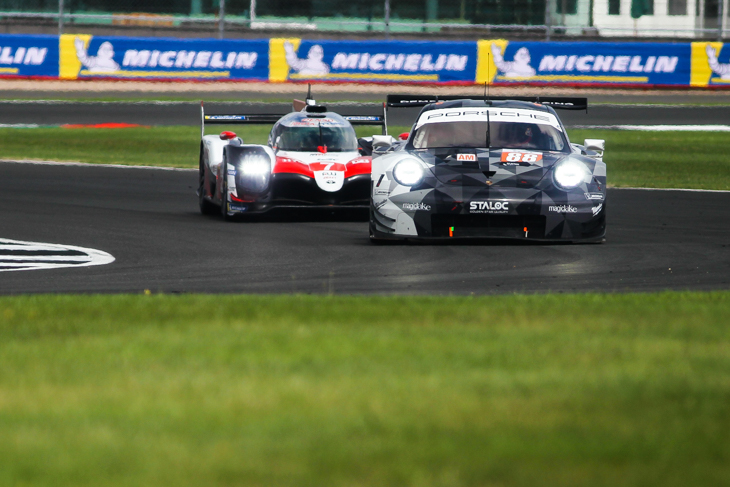 Next up for the WEC contenders is the second ninety minute WEC practise session kicking off at 16.25 this afternoon.