Will Stevens snatched pole position for today’s 4 Hours of Silverstone in the #23 Paris Barthez Competition Ligier JSP217 with a 1:43.690, beating the Friday pace-setting #26 G-Drive Racing ORECA 07 driven by Jean-Eric Vergne 1:44.426 to the top spot.

It marks the first ever pole for the Britain in the ELMS. “It’s a great feeling to score a pole at home” he said.”We knew since yesterday that we had a strong package here. Our team delivered excellent performance. It’s great to rebound after a disappointing race at the Red Bull Ring.”

A pole from a Michelin-shod Ligier came as surprise, after G-Drive’s Dunlop ORECA ran fastest throughout the two practice sessions yesterday. It is Panis Barthez Competition and Ligier’s first overall pole in 2018, and Michelin’s third pole position in four ELMS races this season.

The fastest Dallara was seventh with Anders Fjordbach in the #49 High Class Racing (1:45.374)

In LMP3, it was a fruit machine-like at the end. Matt Bell’s first representative effort in the #3 United Autosport’s Ligier put him first ahead of Mattia Drudi’s EuroInternational JSP3. 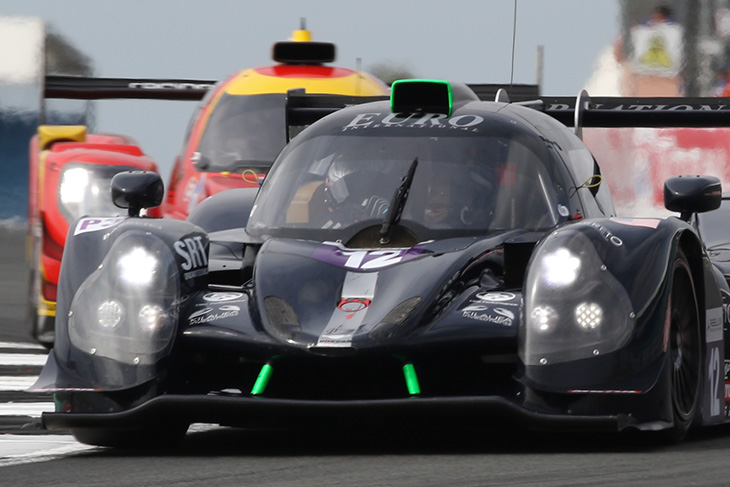 But the action unfolded late in the session as the Italian secured his and EuroInternational’s first ever pole, a 1:55.508 securing the top slot by four hundredths from Ross Kaiser’s #6 360 Racing entry on 1:55.554.

“I’m really happy. It’s my first time on pole. I really like this track, and I hope to drive this way in the race,” Drudi said.

Fastest Norma honours went to Matthieu Lahaye, his Ultimate M30 managing only fifth on this occasion with a lap of 1:56.079, while championship leading RLR Motorsport’s Ligier in the hands of Job van Uitert hung on for sixth.

Dennis Olsen meanwhile, snatched GTE pole position in the #77 Proton Competition Porsche 911 RSR with a 1:58.704, to pip the sister championship-leading #88 driven by Matteo Cairoli by less than a tenth (1:58.764). 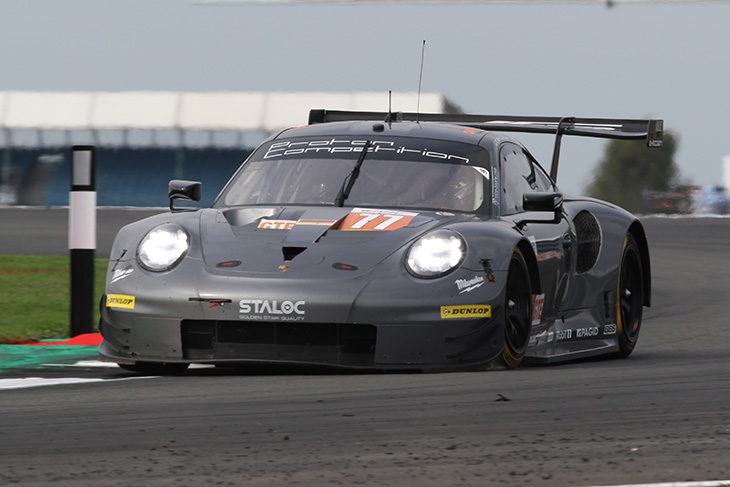 “It was a tough lap, I almost spun at the chicane. But I’m happy with Pole. The team did a change to the set up overnight, it helped.” said Olsen at the end of the session. It is Proton Competition’s second pole position in the ELMS this season.

Third place also went to another Porsche 911 RSR, the #86 Gulf Racing UK driven by Ben Barker (1:58.845), which ended less than two tenths of a second off the pole sitting car. The first of the Ferraris was the #55 Spirit of Race Ferrari F488 GTE driven by Matt Griffin (1:59.141), some four tenths behind the fastest of the Porsche 911 RSRs

The #80 Ebimotors Porsche 911 RSR which is direct contention with the #88 for the lead of the GTE Teams championship will start from sixth position (1:59.378).