Eurointernational team director Antonio Ferrari confirmed to DSC that he would head to the Asian Le Mans Series later on this season. 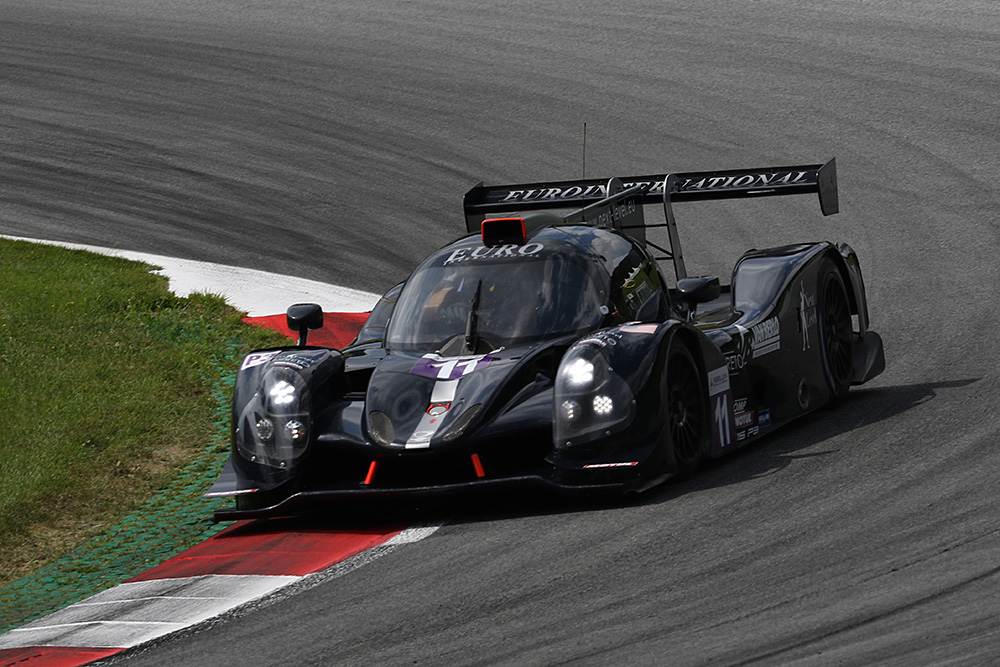 “We have an exciting programme to announce in a week’s time. Trust me… it won’t get unnoticed” he said.

Eurointernational will enter one Ligier JSP3. “That is also the car we will race next season in the Michelin Le Mans Cup. We will keep our two other cars in the European Le Mans Series.”

Three more races for Team Virage in the ELMS this season, growth planned in 2019

Team Virage’s owner Julien Gerbi confirmed that his team would compete in the rest of the ELMS season.

“We will almost complete a full ELMS season in the end” he said. “The only race we missed was Ricard because the Series was short of paddock space for us. We were at Monza with Racing For Poland and we will race under our own colours at Silverstone, Spa and Portimao”. As already announced, Team Virage will join the Asian Le Mans Series paddock very soon.

“I have two drivers secured already and I am still hopeful we can enter a second Ligier JSP3 for our first season” said Gerbi.

Team Virage should return in the ELMS in 2019 and expand to the Michelin Le Mans Cup. “That is what we already wanted to do with our two Ligiers this season but we were short on time. We will also be full season contenders in the VdeV Series.”

Olivier Paris confirmed that Panis Barthez Competition was considering an entry at the 24 Hours of Daytona 2019. 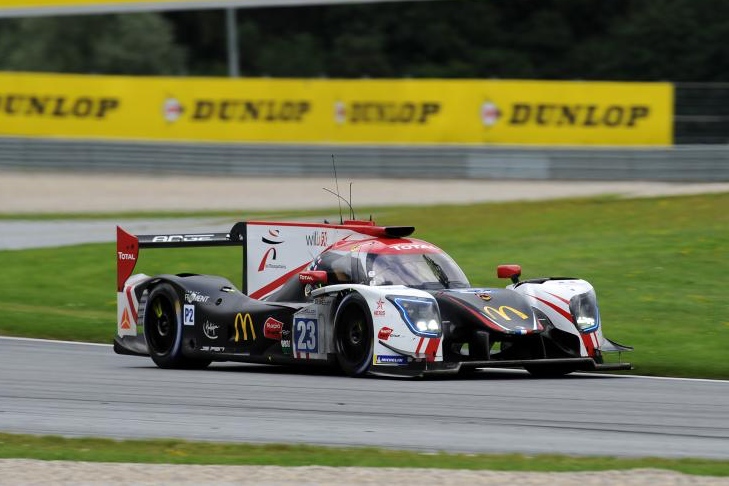 “We really had a great 24 Hours of Le Mans race in 2018. Our car was in second position [in LMP2] in the 19th hour before we encountered a minor mechanical issue. It’s a shame but it showed the true potential of our team” said Panis.

“Since this incident, my phone has not stopped ringing. I spoke to many drivers and Series representatives. We don’t want to be unreasonable [with unrealistic ambitions] obviously but Daytona is one of the competitions we are considering for next season.”.

Graff’s team owner Pascal Rauturier also echoed that Daytona was on his mind for 2019: “It is a race we have been considering for several years. We first need to understand the impact of the new IMSA regulations. In any case, expect us to be back in the ELMS, the Michelin Le Mans Cup and the VdeV next season.”

Checking in with BMW MTEK

It’s not been the easiest start to the season for the MTEK BMW team in the FIA WEC, its new M8 GTE without a podium finish, and at times lacking pace. But it is early days, and as a programme, it’s built on a strong foundation of experienced personnel and a strong driver crew. 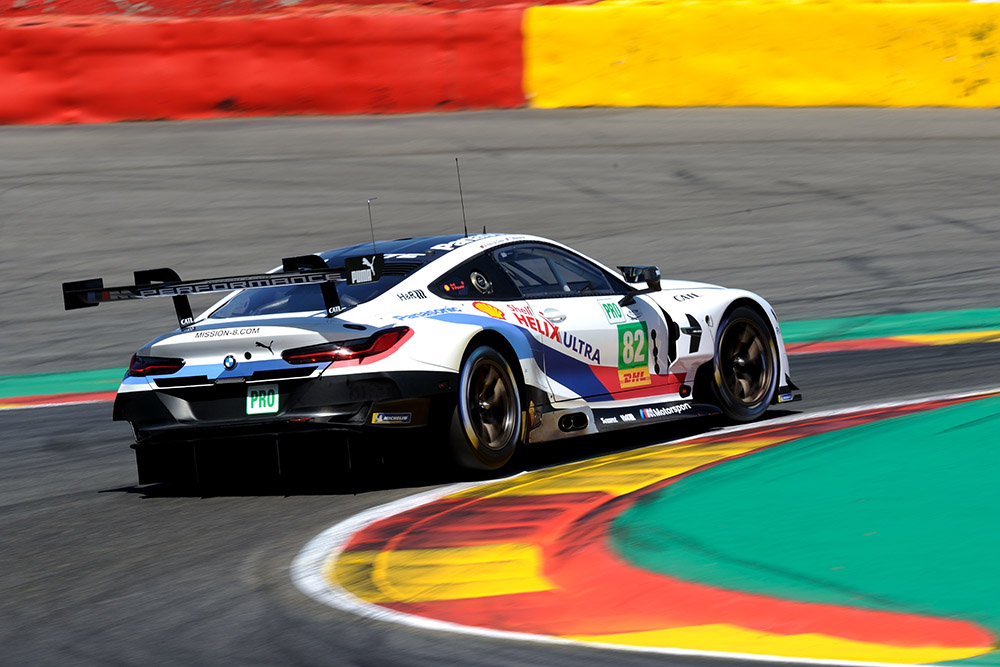 DSC spoke to all four drivers to get there thoughts and feelings on the season so far and expectations for the rest of the season.

Felix Da Costa: “What we need is race time. The combination of the BoP and the development of the car is where the work is for the team. We are happy with the car for now, it has fundamental pace and there’s no single thing that is a concern.

“We saw with the Ford last year how the BoP changed their season, so it’s difficult to decide how or where to improve the car. You want to be as competitive as you can be, but then you don’t want to be too quick either.”

Augusto Farfus: “A penalty of 10 kilos is not going to change your pace too much, but it’s what it affects in handling and set up, and every circuit is different of course.”

Antonion Felix Da Costa: “…and one change leads to another. It’s not a simple thing and we find we are taking many small steps rather than a need to fix anything big.”

Martin Tomcyk: “There is the US programme as well, so there is plenty of information coming back, but adapting this team to the different requirements of each circuit is something we can only do race by race, and so far we’ve only had Spa and Le Mans.”

Augusto Farfus “Le Mans was good for us in that we had no expectation, either from within the team or from anyone else. But we found we were able to push hard and attack the race. Even with the mechanical issues we were able to come away with good experience in settling and establishing the team.

“You can test and test, but it’s about racing. A race presents a whole range of conditions unique to that environment, and a lot of the unexpected.”

Nicky Catsburg: “It’s a long season and that gives more time to deliver results, but a good result here, or some obvious progress is what we will look for. We want to show progress. As drivers we are all equal in pace, ability and experience and of course we want to win. There is no team strategy for one car to run differently to the other. We are paired for our physical size, but that’s it.

With five manufacturers in GTE and some household names racing in the prototype ranks, the fans have indeed turned up at Silverstone. This morning the DSC Deputy Editor had to pass a huge queue at 7:30am for the morning’s autograph session to get to the media centre. It could be a big crowd on hand for the race proper! 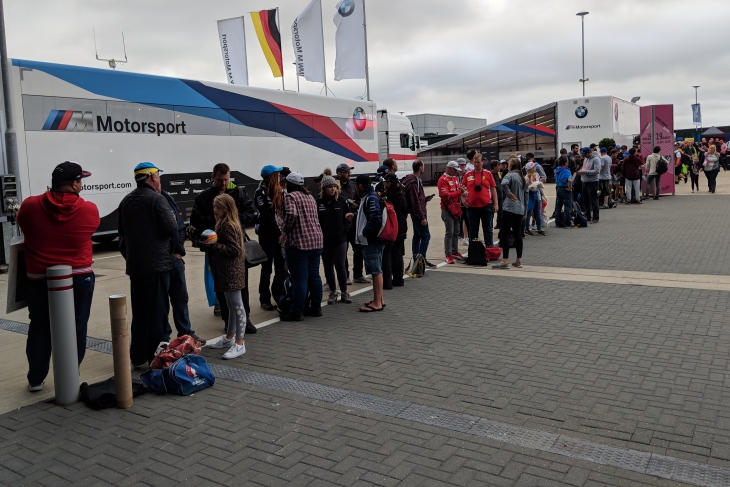 Today’s race, which is due to start at 12:00 local time, can be followed in a variety of ways. The FIA WEC app stream is of course available, as is Radio Le Mans’ feed.

Full details of how to catch the race on TV can be found HERE.