ACO rules LMP racing will return to Australia next year for the first time since the dawn of this century.

The 2019 LMP3 Cup will be a six round series, with each round featuring two x 60 minute races.

Utilising the FIA driver seedings, and running ACO sprint cup format regulations, each car will be required to run at least one silver or bronze rated driver. Higher rated drivers, up to platinum, will be permitted to run as co-drivers. This allows lesser experienced drivers to partner with more experienced professional drivers to learn and develop their skills during the season.

Calendar details are still to be announced as the exact dates for the Australian motorsport calendars for 2019 have yet to be finalised. However, it is expected that the majority of the series will feature on the Shannons Nationals programme, racing on premium tracks such as The Bend, Phillip Island and Sydney Motorsport Park.

The dates have been specifically identified to avoid clashing with the Asian Le Mans Series calendar, even allowing for shipping transit between regions. This is by design to allow teams from throughout the region to compete in both series, adding an exciting element and offering Australian teams an opportunity to race on the global stage.

The Series will feature a broadcast package that, while still being negotiated, aims to be a mix of both live streaming and television. The details will be confirmed once the calendar is announced.

Teams and drivers will fight for either the outright championship, or an amateur trophy for all silver/ bronze driver line ups.

The Outright Championship winning team will receive a free entry to the Asian Le Mans Series for the following season. From there they will fight for a money can’t buy invitation to the prestigious 24 Hours of Le Mans in 2020, awarded to the LMP3 Class winner.

Organisers are understood to have already received significant interest in the category following speculation of its introduction. There have been a large contingent of Australian and New Zealand drivers who have previously had to travel overseas to race these amazing cars. The LMP3 Cup Australia organisers aim to provide a strong local championship allowing these drivers to race much closer to home, whilst making the distinctly different class accessible in Australia.

Series organisers are also aiming to encourage teams from Asia and around the world to come to Australasia to experience some of the impressive circuits normally out of their reach. 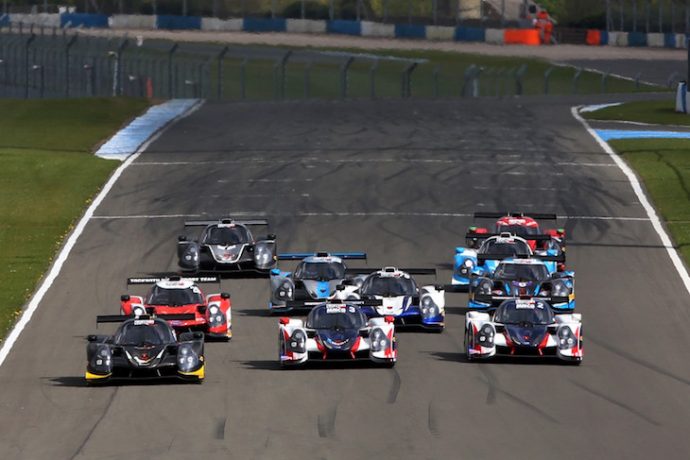 “The LMP3 Class of racing is the fastest growing prototype category globally and Australia is well known for creating world class motorsport events. The cars, style of racing, and the organisation, combined with some of Australia’s most iconic race tracks should be an exciting prospect for both professional and gentlemen drivers. We are delighted at the prospect of seeing LMP3 cars racing in Australia.

“Australia has a long, and very successful motorsport history, with drivers from Australia regularly winning on the global stage. Indeed, Australia’s own Mark Webber won the FIA World Endurance Championship with us in 2016. Through the introduction of the LMP3 Cup in Australia we hope to see more Australian drivers racing with us, and potentially we could see an Australian team racing at the highest level globally.”

“The arrival of LMP3 racing in Australia is just mega. A quick look online will show everyone the sight and sound of these pure racing cars is amazing. The Cup is going to be great for spectators with the close and exciting racing, but also for teams and drivers looking to experience the high-speed thrill of Le Mans Prototype racing.

“From an engineering side, the cars are designed to provide a comfortable learning platform, whilst not sacrificing any of the exhilaration of prototype racing. This allows bronze and silver drivers to, if they wish, partner with more experienced drivers in a proven formula to help them gain experience and get more out of their race weekends.”

“The cost-cap on the cars and the nature of the category will means it is a cost effective racing option in this market. The one hour race format means teams will not need expensive refuelling, or pit stop equipment and crews, making it easier for new teams to get involved or expand existing programs.

“I have been excited about LMP3 since I saw it on its debut in the 2015 Asian Le Mans Series. The concept of fast, great sounding cars that are cost effective to run has been so successful around the world and it is so exciting to bring it to Australia.”

“We have seen so many Australian drivers travel overseas to compete in LMP3 recently, so now LMP3 Cup Australia gives those drivers a place to compete in Australia, whilst also giving many more drivers the opportunity to progress to Le Mans and prototype racing.”

“The partnership with ACO has been important in establishing the LMP3 Cup Australia. This brings us into the ACO pyramid and gives Australian drivers a better opportunity than ever to progress into overseas racing and hopefully a world championship in WEC like Mark Webber, Alex Davison and Matt Campbell.”

Eugene Arocca, CAMS CEO confirmed the CAMS Board has approved the introduction of LMP3 in Australia.

“LMP3 will be an exciting addition to the Australian motor sport scene in a category that is popular around the world.

“This category has already seen its share of success with series in Asia, Europe and the USA. It will no doubt help young drivers help establish their careers here too and provide more opportunities to race.

“While a calendar is yet to be confirmed, we believe the Shannons Nationals will be able to host this category in future and will be able to showcase some exciting racing on circuits around Australia.”

The LMP3 class was established by the ACO in 2015 to create a global base for sports prototype racing cars, and to provide a pathway to the World Endurance Championship (WEC) featuring the internationally famous 24 Hours of Le Mans race at its pinnacle.

New cars (complete with engine) are cost capped at €206,500, and spare parts are also cost capped to ensure value for competitors. The result is low purchase and running costs for cars at this level.

Oh and that last ACO rules race? The infamous race of 1000 Years on the streets of Adelaide

LMP3 Cup Australia Pty Ltd has been established with input from former F1 Engineer Chris Papadopoulos, Professional Driver Josh Hunt in consultation and co-operation with the ACO to bring the exciting class of LMP3 racing cars to Australasian shores.