Rodrigo Baptista couldn’t have asked for a better weekend at Watkins Glen International in his #3 K-PAX Racing Bentley Continental GT3 with another dominating drive in the GT Round 9 50-minute sprint race on Sunday.

After winning the pole and Saturday’s Round 8 event, Baptista again started from pole and drove away from his competition for a 12.507-second victory over young Canadian Scott Hargrove in the #96 Pfaff Motorsports/Castrol Porsche 911 GT3 R and his K-PAX Racing teammate Alvaro Parente of Portugal in the #9 K-PAX Racing Bentley Continental GT3. 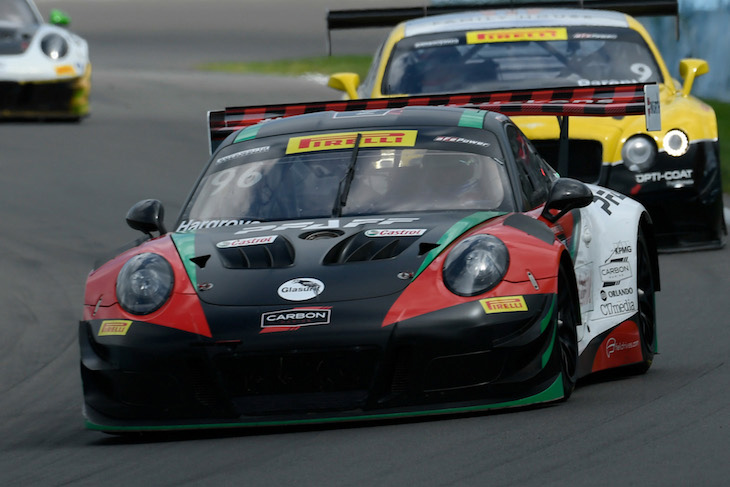 Hargrove and Parente put on a spectacular duel for second throughout the GT Round 9 contest including racing side-by-side numerous times entering the “bus stop” turn. Parente’s valiant attempts were always fought off by the 23-year-old Canadian and Hargrove held off the 2016 GT champion by just 0.368 seconds at the finish line to clinch the 2018 Sprint title

Imperato’s performance also gave him the victory in the GTA division for Amateur drivers. 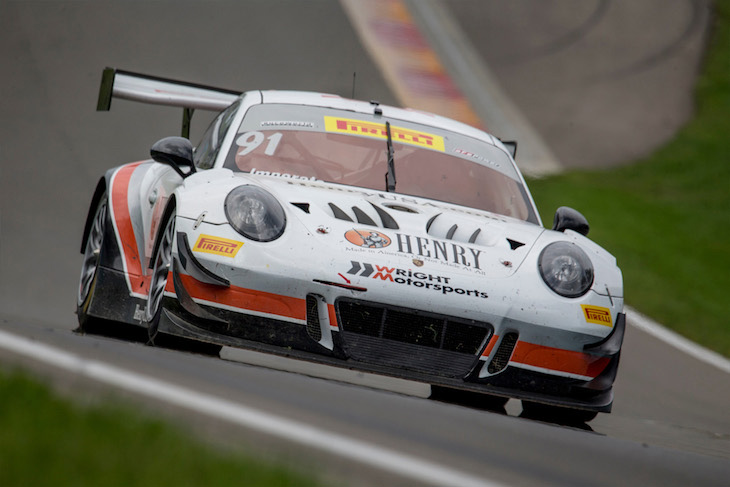 Behind there was trouble on lap one that saw both Michael Cooper’s CRP AMG and Daniel Mancinelli’s TR3 Ferrari with Mario Farnbacher’s RealTime/ HART Acura also delayed.

“I tried to make a little bit of a gap like I did yesterday and tried not to look back and just do my job,” said Baptista. “Since the first practice, we knew the car was good and, in qualifying, I knew the car was very good. I think here and VIR are the best places for the car. Alvaro helps me a lot with the data since we’re driving similar cars. I just kept trying to improve. In the first two races, I wasn’t on the pace, so I just kept trying to improve. Then I captured the pole here, so I knew it was getting better. It’s been a great weekend.”

“Our line got a really good run on the start,” said Hargrove. “(Alvaro) went to the inside and I went to the outside. I stayed on the throttle and, when I rejoined the track, I couldn’t see anybody. But then big yellow Bentley was filling my mirrors and it ended up that way for the entire race. I looked at my mirrors more than I looked at my windshield this race. Every time into the bus stop turn, (Alvaro) was attacking but I knew from yesterday my car was pretty good there. There was one mistake where I was pushing too much in turn 10 and my rear stepped out and he got side-by-side with me.”

“The start was a key moment,” said Parente. “Mancinelli spun by himself in turn one. I’m not sure what happened there. I decided to go right and Scott (Hargrove) went left and had a run and went into second place, then he ran a great race defending. The only place I could get to him was getting into the bus stop turn, but it’s very tricky when you’re on the left. Overall, great job by my teammate Rodrigo and congratulations to him. It was tricky this year when you start working through a new manufacturer, the cars are old, and they’re coming from different places. The team did a great job, but my year was pretty hard, destroying a car, then having no brakes, then more misfortunes. It was a tough break and in racing, it happens sometimes.”