Pole position in Prototype was the #10 Konica Minolta Wayne Taylor Racing Cadillac DPi-V.R. Jordan Taylor’s time of 1:16.181 set the pace in the class. That car has been remarkably quick with both drivers behind-the-wheel all weekend and they were able to carry over the practice pace to qualifying.

Starting from the outside of row one will be the #6 Acura Team Penske ARX-05 DPI after Dane Cameron clocked in a 1:16.576 in the session.

They will be supported by their teammates in the #7 Acura Team Penske ARX-05 DPI with Helio Castroneves setting a 1:16.662 after nine laps, good enough for third in class.

The best placed LMP2 chassis in the session was Colin Braun in the CORE Autosport Oreca 07 who qualified fifth with a time of 1:16.774. Of course, it is worth noting that coming into this weekend there was a rebalancing of the performance between the DPI and global LMP2 chassis in the Prototype class.

Those LMP2 chassis are now all Oreca 07s following AFS/PR1 Mathiasen’s switch to the Oreca. They qualified tenth in class with Sebastian Saavedra setting a 1:17.485 in the debut race for that car.

GT Le Mans’ pole sitter for tomorrow’s race will be the #4 Corvette C7.R GTE with Oliver Gavin setting the top time of a 1:22.700. Gavin has had four wins around this track and it has been nearly three years since Gavin’s last pole. 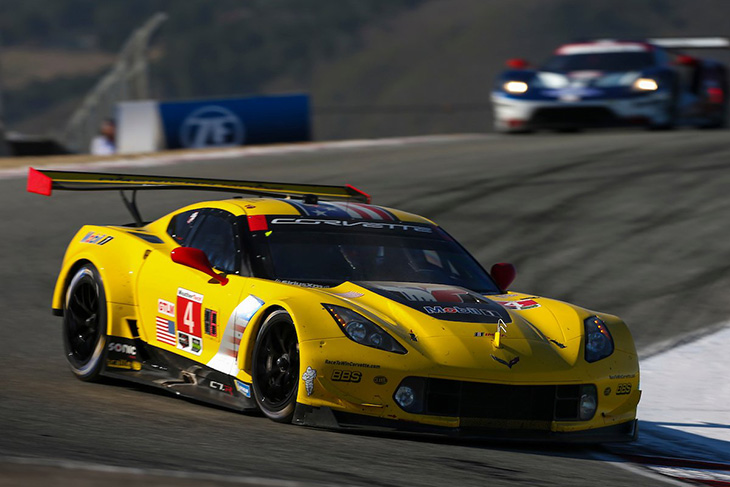 “It’s a massive team effort, I’m thrilled… this is only a small step in trying to achieve what we want tomorrow which is the victory. We’ve got a very good race car and it all feel in nicely for qualifying.” Said Oliver Gavin.

Rolling off second in GTLM will be Dirk Mueller and Joey Hand in their #66 Ford GT, with Mueller’s time of 1:22.787 falling just short of the mark after the 15-minute session.

Starting third will be the championship-leading #3 Corvette C7.R GTE. Jan Magnussen’s time of 1:22.806 making it two Corvettes on the inside of the first two rows. That car currently holds onto a four-point lead in the championship on the #67 Ford GT, who will start alongside them in fourth.

Securing pole in GT Daytona was Katherine Legge in the Meyer-Shank Racing Acura NSX GT3. Legge’s time of 1:24.456 was the best of the session after just four laps of the track. This is Legge’s first pole position in IMSA following a second place performance earlier in the season. 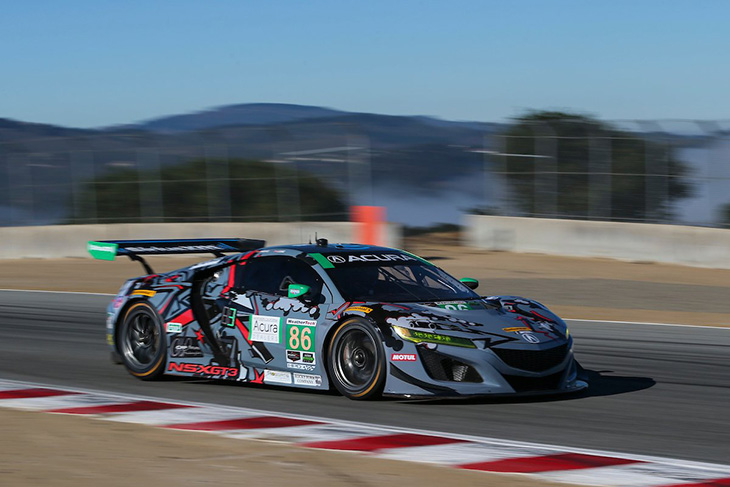 “It’s my first pole in a GT car..” said Legge “…so I’m over the moon with that! It’s all about tomorrow now, it’s a long day, and I don’t want to count my chickens before they hatch.”

Legge is chasing down the #48 Paul Miller Racing Lamborghini Huracan for the GTD championship. “We really need a good result here, with the #48 qualifying in second it was important to be right around there and to be one spot ahead is mega.”

As mentioned just before, rolling off second in the class will be the current championship leaders. Madison Snow was just 0.139 seconds behind pole position in his #48 Lamborghini Huracan.

Rounding out the GTD top-three was Jeroen Bleekemolen clocking in a 1:24.644 in his Team Riley Mercedes AMG-GT3, just 0.049 behind second in the class.

The penultimate round of the IMSA Weathertech Sportscar Championship from Laguna Seca begins at 4:55 PM EDT/20:55 UTC and can be watched live on IMSA.tv and on Fox Sports inside the United States.