With thanks to Mat Fernandez DSC can report that the FIA Court of Appeal, which met earlier today, has not yet announced a result to the appeal lodged by the #26 G-Drive Racing team to their exclusion from the class win at June’s Le Mans 24 Hours.

“Judges apparently want to take their time before reaching a verdict. My lawyer is now telling me that we may have to wait up to another week before a decision is released”.

Sinault added “It’s really a pity. This has been going on for a while now; it’s detrimental to what we do and to the image of the 24 Hours of Le Mans. It’s a pity. I am surprised, a little disenchanted and disappointed. For sure I was already disappointed [before today’s events]: I thought that September 18 was already far from the race week-end (June 16/17). It’s ruining the party.”

“It should be fairly straightforward to rule this case. It is never a good thing to leave things unsettled like this. But as we always said, we won’t go against the work done by this institution [the FIA]. We trust them”

The controversy occurred with the TDS Racing Team, who run the #26 G-Drive Oreca LMP2 effort this year, utilising a device to effectively defeat the fuel flow restrictor on the fuel rig, thereby saving time at every stop. 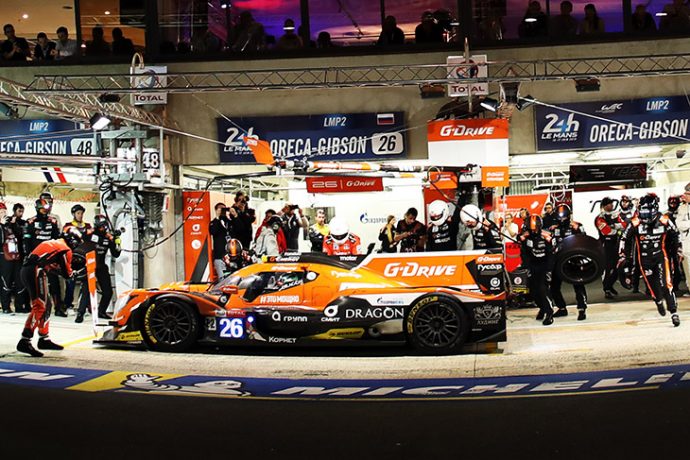 The team maintain that their solution was entirely within the regulations, a conclusion disputed (and indeed initially rejected) by race officials.