Mectech looking at Le Mans Cup in the future

British LMP3 Cup team Mectech Motorsport is looking at racing in the Le Mans Cup, and eventually Le Mans in the coming years.

The team, which has won races this year in LMP3 Cup with a Norma M30, is hoping to finish the season strongly at Silverstone next month, driver Bradley Smtih explaining that it’s been a good season so far, boding well for the future.

“This is the first year the team has entered the LMP3 Cup after years of successful running in Radical championships including winning the European Series in 2014. LMP3 is a natural progression for our team which focuses on endurance and Prototype racing. The championship offers a cost effective way of racing the LMP3 category. The Championship also has a prize for the winner of a free entry to the Le Mans Cup, which is obviously our goal for the long term. its the first step on the journey to Le Mans.

“This season, we want to win the LMP3 Cup. Next year we hope to be competing in the Le Mans Cup with hopefully two Norma M30 prototypes.
The Quality of the product is very good, also the support from Norma is fantastic and this is one of the main reasons for choosing the M30 cars. They have been great with all the technical informations and trackside support throughout the year. It’s a great car to drive, very well balanced and very fast! It’s also a great car to work on as you can get the setup very accurate due to its design.”

Rayhall forced to sit out Spa

United Autosports driver Sean Rayhall will not be in attendence this weekend at Spa due to an illness preventing him from making the trip across the pond.

Sadly, @seanrayhall can’t be with us this weekend at Spa as he is unwell and unable to make the flight over. Luckily, we have @ScottAndrews44 on hand to step into the #2 Ligier alongside @johnfalb. Welcome to the team Scott! Get well soon and see you at Portimao Sean #BeUnited pic.twitter.com/MYriFQwpNl

Le Mans Cup regular Scott Andrews will instead take his place, and race alongside John Falb in the #2 Ligier JS P3. The team says Rayhall is due to be back with the team for the ELMS season finale at Portimao next month.

Scott Andrews meanwhile was settling in at United today, the Aussie has plenty of LMP3 experience in both Asia and Europe with drives for Graff Racing, WinEurasia, GH Motorsport and WIN Racing amongst his cv entries so far.

McMurry Back In The Saddle 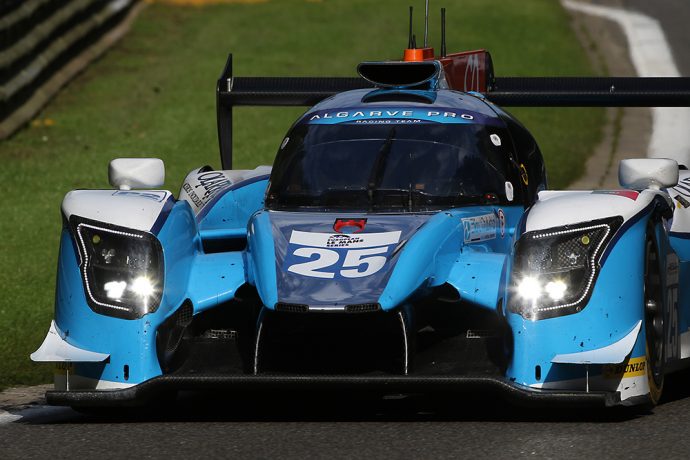 It is McMurry’s first racing appearance for the team since 2017 when the American driver joined the team for a two race outing in the Asian Le Mans Series and a full season in the ELMS.