High Class Racing ELMS regular Anders Fjordbach will rejoin the Blancpain GT Series for the first time since 2015 this weekend, after getting a last minute call up to drive with Attempto Racing in its #55 Pro-class Audi R8 LMS in place of Pierre Kaffer.

In Spain, he’ll race alongside Kim Luis Schramm and Jeffrey Schmidt. Interestingly, the two-time VLN SP9 champion, the event will mark his first run with the current R8 LMS GT3 on Pirellis, having only driven it previously using Dunlop rubber with Phoenix Racing in VLN.

“I have no idea how it happened really!” Fjordbach told DSC. “The team just called and asked, and as it turned out I was free.

“It will be a challenge. I’ve driven the current R8, but not on the Pirelli tyre and not in Blancpain. I’m interested in the difference in the tyre. I’m not getting any time in the car before the weekend either, my first run will be in Free Practice.” 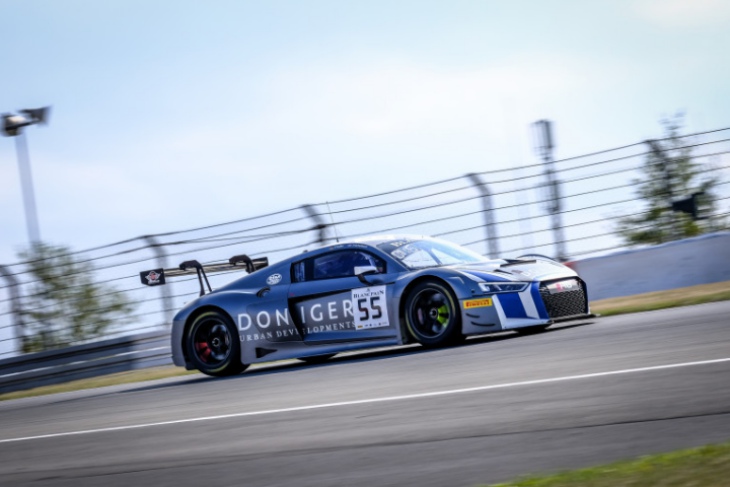 “I drove in 2015 with Audi in Blancpain Sprint, and in 2015, racing in the Endurance Cup I got a podium at the Nurburgring with Black Falcon, but I haven’t been in the series since 2015. Blancpain is a great championship, I’m looking forward to getting back in the paddock.

“It has a lot of contenders and is one of the toughest fields in the world. There’s so many cars you can’t get a clean lap either, but I’m sure my experience racing on the Nordschleife will help me with that!”

Luckily Fjordbach has had plenty of track time at the Circuit de Catalunya over the years, so getting up to speed with the circuit won’t be part of his learning curve.

“It’s going to be a lot of fun,” he said. “I absolutely love Barcelona as a circuit, I live very close to the track, and have had plenty of chances to run there, most recently with High Class, who are based at the circuit, shaking down and testing it’s Dallara.”