Andy Meyrick is set to return to the cockpit before the end of the year, following his huge accident during the Spa 24 Hours back in July.

The Briton, who suffered several fractures in his Spa incident driving the #31 Team Parker Racing Bentley, hit another car that had spun off track after contact with another car on the run down to Eau Rouge during the night. After time in hospital, and some rehabilitation though, he will return to action at the inaugural SRO GT4 World Final at the Bahrain GT Festival on at the end of November.

It was a horrible shunt, but thankfully, Meyrick has been able to recover quick enough to get married and begin training ahead of his next race. There he’ll be back driving with Bullitt Racing with team owner and co-driver, Stephen Pattrick in its Mercedes AMG GT4.

In light of the announcment that he will, in fact, be able to race again before we move into 2019, DSC spoke to Meyrick to get an update on his progress, which he says, has had its challenging moments.

“Obviously I got the injuries at the race, I was in intensive care for five or six days,” he explained. “I came back to the UK, I wasn’t able to fly because I had damage to my lungs. That was my first experience of the Eurostar actually, which was quite enjoyable! 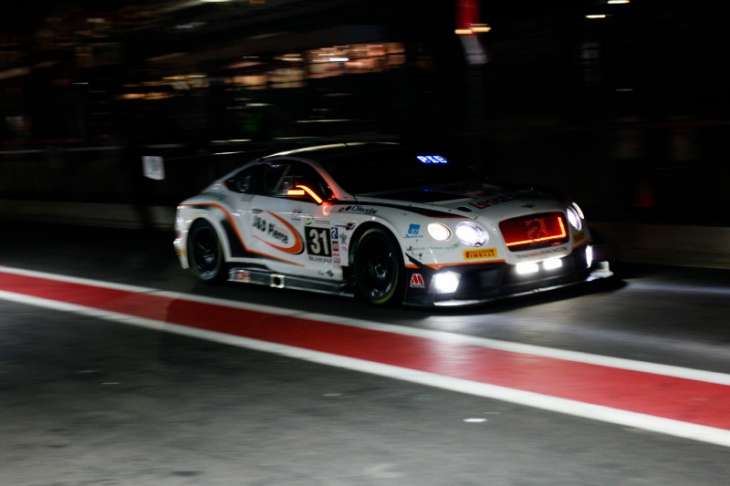 “I then came back to the UK, and for a few days I was in the hospital in the UK. There’s not much I could do really, with fractured vertebrae and ribs. There’s not much you can do aside from rest. It was easy, but also difficult because of the wedding, and having to focus on getting married and walking down the aisle.

“We’ve had to cancel our honeymoon so that I can focus on rehab, and getting back to the car. But I’ve been doing a lot of physio work, which is going well. When you recover from any sort of injury it’s really key, and I’ve suffered these sort of setbacks, like back in 2008, when I suffered neurological issues while competing in F3.

We’ve had to cancel our honeymoon so that I can focus on rehab, and getting back to the car

“So I’m quite well prepared in how to get better! I don’t push too hard.”

Meyrick pointed out that he could already be back racing, and did have the chance to make his first appearance in a race car recently. Instead, though, he opted to sit out the most recent GT4 races Bullitt was entered in, travel with the team and ease himself into it.

“You don’t want to risk it, I tried to get back in time for Hungary,” he revealed. “We sat down and tried to work it out, but it wasn’t realistic, it wasn’t fair to the team and I know that I wouldn’t have been 100% myself. From a safety point of view it would have been ok, but for the team, it was better that Seb Morris filled in for me.

“I went there though and was part of it. I’m lucky that we’ve got a big gap now to Bahrain in November, because I know I can be 100% by then. I get a nice end to the season. 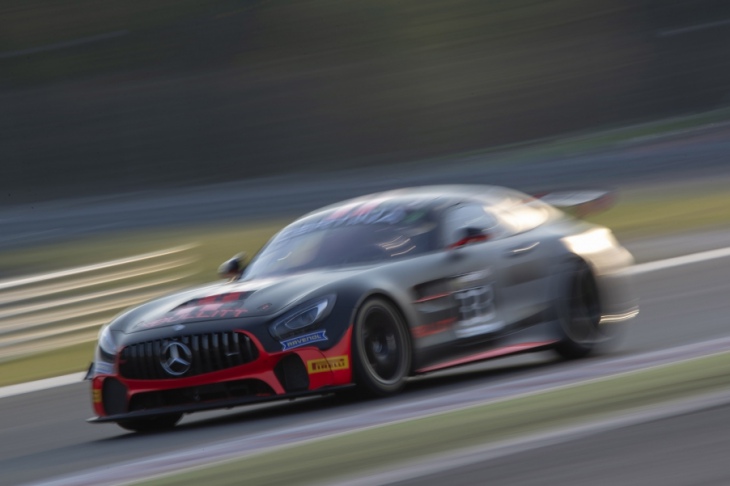 “The aim is to come back and win right away!”

While it’s not easy to recover from severe injuries, physically and mentally, Meyrick explained to DSC that throughout this process, he’s been eager to get back behind the wheel. Not once did he feel apprehensive about racing again.

“I’m 100% eager. Any setbacks like this, you can use it as a chance to improve yourself. I believe in 2008 when I had that setback, I went from winning races in F3 to lying in a hospital bed fighting a virus, trapped in a coma, fighting for my life. That turned out positive though, it built my resilience and character.

I was so lucky that night, and I can’t thank the marshalls enough and everyone who helped

“That helped me become a well-rounded sportsman, and I think again this has helped. Although. I would never ask for it to happen, it has happened and I’ve used it as a positive.

“I was so lucky that night, and I can’t thank the marshalls enough and everyone who helped. It could have been a lot worse, and in that situation they were exceptional. It could have been career-ending, but instead, I knew when I woke up in the hospital that I was going to come back and race.”