Two Full Course Yellows with pit stop cycles have shaken up the running order in all three of the classes since the end of the first hour.

In Prototype Eric Curran in the #31 Whelen Engineering Cadillac DPi-V.R. that is in the lead. That car avoided a penalty after being under investigation for their part of an incident involving two GT Daytona cars.

Less than a second behind the leader is the #7 Acura ARX-05 DPi now with Helio Castroneves driving the car.

The #5 Mustang Sampling Cadillac DPi-V.R. has Tristan Vautier at the wheel, that car is currently in third place.

The #55 Mazda RT24-P which was previously leading the race has dropped back to seventh in class after the left rear tyre came off the car when leaving the pits under Full Course Yellow. Spencer Pigot nursed the car back and it received emergency service, avoiding a penalty for entering a closed pit. 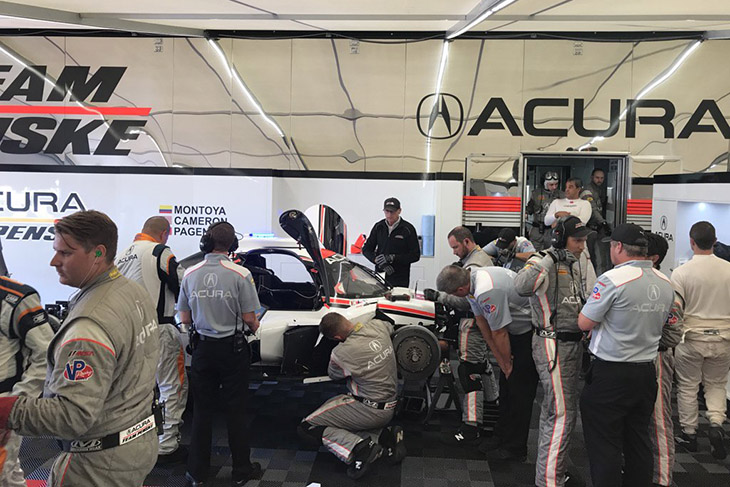 On Prototype is out of the race so far that being the #6 Acura ARX-05. The Acura had Juan Pablo Montoya at the helm when it went off at the top of the esses and made hard contact with the wall. Montoya was adamant that something failed on the car, and it seemed likely as no other car was near him at the time.

In GT Le Mans the leader is the #66 Ford GT with Dirk Mueller at the helm. Strategy calls from Ford under the Full Course Yellows moved that car into the lead. 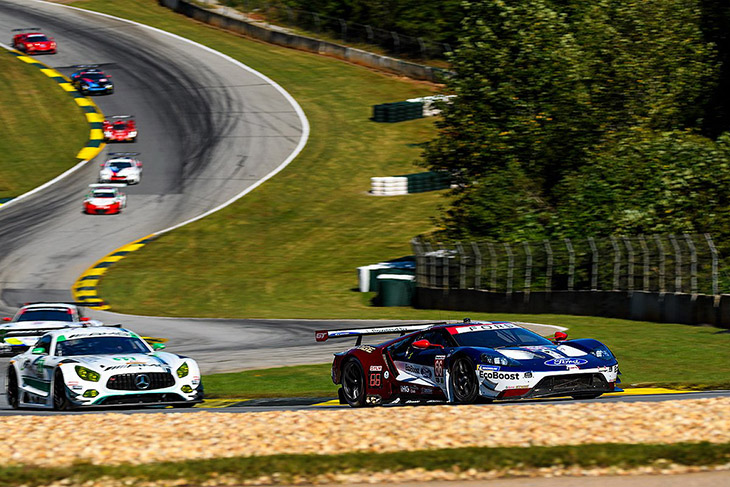 The championship-leading #3 Corvette C7.R is continuing their consistent run in second. Jan Magnussen is now in the car after his teammate Antonio Garcia started the race.

Ryan Briscoe in the #67 Ford GT is in third, two and a half seconds behind the aforementioned #3 Corvette.

The #25 BMW M8 GTE that had an issue with its front right headlight becoming dislodged had the entire front bumper replaced under a Full Course Yellow pitstop. That shuffled that car all the way back to last in the GTLM class.

For GTD Jeroen Bleekemolen in the #33 Riley Mercedes-AMG GT3 is holding onto a roughly fifteen second lead in the class. 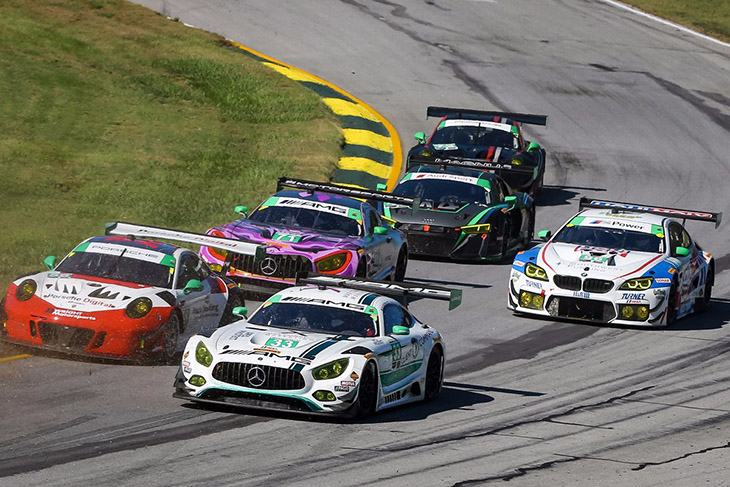 Second in GTD is the #29 Montaplast by Land Audi with Christopher Mies. Just half a second behind them is the #14 Lexus RC-F GT3 that has Philipp Frommenwiler at the wheel in third place.

We have lost one car from the GTD field, that being the #96 Turner Motorsports BMW M6 GT3. The #96 BMW was four wide with another GTD car and two Prototypes. The #5 Mustang Sampling Cadillac DPi-V.R. forced the #31 Cadillac DPi into the #64 Scuderia Corsa Ferrari 488 GT3 which then hit the #96 BMW. That contact sent Dillon Machavern in his BMW into the wall and off into the Turn One gravel trap.

For the championship teams like Ford are now beginning to turn their attention to the end of hour four when a set of points will be awarded.

Katherine Legge is currently in ninth in the #86 Acura NSX GT3, while her championship competitors in the #48 Paul Miller Racing Lamborghini Huracan are in third with Corey Lewis at the wheel.