The 21st Annual Petit Le Mans was yet another thrilling showing of the fall endurance classic and one that set a new distance record for the event.

The #10 Cadillac started the race ninth in class and looked destined to finish second with the race winding down until Filipe Albuquerque in the #5 Mustang Sampling Cadillac DPi-V.R ran out of fuel when coming down the hill on the final lap, dropping from the race lead to fourth.

It was an equally remarkable day for Mazda Team Joest. The team fought hard, and led the race at points. The team had a real chance to take the win here, but in the end, its two cars had to settle for second and third. The #77 Mazda RT24-P with Oliver Jarvis, Tristan Nunez, and Lucas Di Grassi finished ahead of the #55 Mazda RT24-P of Jonathon Bomarito, Marino Franchitti, and Spencer Pigot, after getting past the #5 Cadillac at the end. 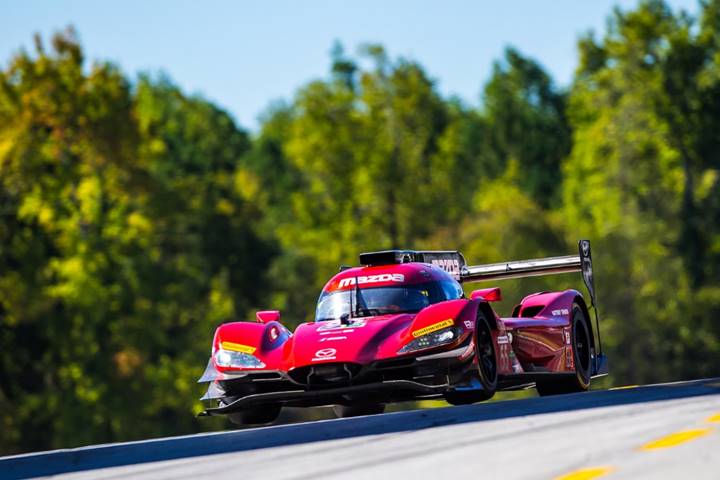 These results meant that the #31 Whelen Engineering Cadillac with Eric Curran and Felipe Nasr take home the team and drivers championship in both the full Weathertech Sportscar Championship season and in the Tequila Patron North American Endurance Cup.

The #31’s title rivals in the #54 CORE Autosport ORECA 07 came up just a handful of points short, after having to make a splash-and-dash stop in the race’s final laps. They would eventually end the day out of the top five, and therefore second in the championship.

In GT Le Mans, the #911 Porsche 911 RSR, took home the win. Nick Tandy brought the car home after Patrick Pilet and Frederic Makowiecki kept that car near the front of the pack for much of the race’s second half. Pilet and Tandy were part of the trio that won overall at this event for Porsche in 2015.

“It’s unreal, to be honest…” said Nick Tandy. “We knew we had a good car in race conditions but we didn’t expect this… but we never gave up and it was a real team effort.”

Second in class was the #4 Corvette C7.R. This race was a metaphor for the whole season for Corvette, extremely consistent. Tommy Milner and Oliver Gavin with Marcel Fassler ran a virtually incident free race and were rewarded for it. They would cross the line just a handful of seconds behind the winning #911 Porsche at the end.

Rounding out the podium but coming just shy of making it three straight BMW wins was the #24 BMW M8 GTE of John Edwards, Jesse Krohn, and Chaz Mostert. Edwards, who ended the race, took advantage of a mistake from Ryan Briscoe in the #67 Ford GT to squeeze onto the podium.

That means taking home the GTLM team and drivers championship for the full Weathertech Sportscar Championship season is the #3 Corvette of Jan Magnussen and Antonio Garcia. The duo secured the title despite not taking a race win all season, consistency, again, paying off here, as even with the time and positions lost after Garcia’s off towards the end of the race, they still had enough points to finish above the #67 in the championship. 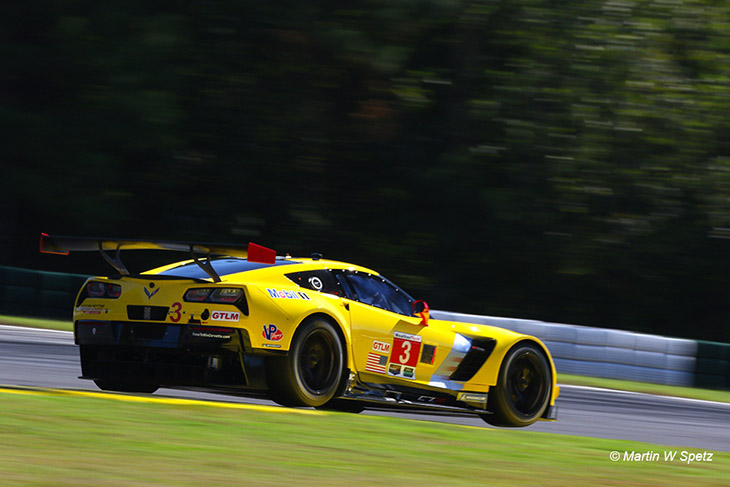 “We didn’t win a race, but we won the title and that’s what matters,” Magnussed said after the race. “We showed fighting spirit and didn’t give up. It sucked an hour ago when the car was in the wall, but we still just about won it!”

In GT Daytona, taking home the win was the #63 Scuderia Corsa Ferrari 488 GT3 driven by Daniel Serra, Cooper MacNeil, and Gunnar Jeanette. The #63 benefited from penalties plaguing both the #33 Team Riley Mercedes-AMG and the #58 Wright Motorsports Porsche.

With those two cars out of the picture Serra worked his way past the #86 Acura NSX GT3 of Alvaro Parente to secure the lead, and eventually the victory.

Thus the team and drivers championship for the full Weathertech Sportscar Championship season goes to the #48 Paul Miller Racing team with Madison Snow and Bryan Sellers.

“There are no words… first of all, I want to thank the fans for coming out, I’m glad we could put on a show for them…thank you to Paul Miller Racing, and thank you to the #86, they are as classy as it gets.” Said Bryan Sellers.

The #33 Team Riley Mercedes-AMG of Jeroen Bleekemolen, Luca Stolz, and Ben Keating took home both the team and drivers championship for the North American Endurance Cup in GTD.