The second half of 2018 has been busy for RLR Msport thus far, the British team in the midst of successful European Le Mans Series and Le Mans Cup campaigns whilst preparing for an LMP2 attack in 2019 with John Farano, using spare time to test its new ORECA 07.

RLR’s focus this week though, will firmly be placed on its ELMS effort, where Farano, along with Job Van Uitert and Rob Garofall are in control atop the LMP3 class points standings, after scoring two wins at Paul Ricard in the season opener, and later at Red Bull Ring. As a trio, they’ve been near-faultless all season, scoring points consistently, getting the better of the plethora of LMP3-leading teams and drivers in the process.

They head to Portugal this week with a 14 point lead in the LMP3 class. It’s a comfortable, but not insurmountable margin, with four other teams still mathematically in with a shot going into the finale. And as we know from recent seasons in the ELMS, it can all change in the final race, one small slip up can shake up the entire order. Just ask those behind the scenes at JMW. They came achingly close to winning the GTE title in 2016 after a disastrous finale saw them finish behind Beechdean AMR by just a handful of points, before another dramatic final race last year saw them emerge as champions! 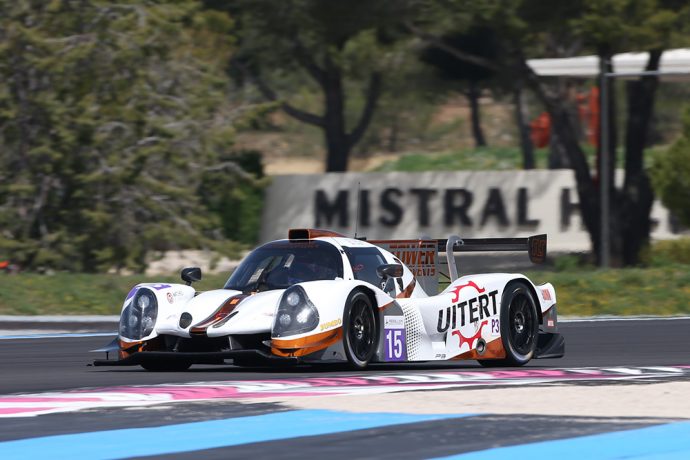 Speaking to DSC, Farano and Van Uitert feel that the trio gelling together so quickly has been a big part of their immediate success in the ELMS, a series which rewards consistency due to the four-hour format, and short, six race calendar.

What’s interesting though, is that there there was a real difference in the pair’s expectations going into the season, Farano was confident in challenging for the title, while Van Uitert was far more reserved before the opening round at Paul Ricard.

Farano has been racing since 2006, and after taking on the full European Ferrari Challenge season in 2016 to learn the circuits, has spent the last two years has focusing solely on competing in the ELMS, commuting from Canada to test and race throughout the season.

With a full season of ELMS under his belt heading into this year’s campaign, and a parallel Le Mans Cup programme with the team to take on, ensuring maximum track time, he felt that challenging for the title was expected for the team.

“We did expect to be running for the title, it’s not a shock,” he told DSC. “It took good performances but the team has done such a strong job, we’ve never had a moment where something has gone wrong with the car, so we’ve had maximum time in the car each weekend to keep improving.

“So at Portimao as long as we focus and do our job we’ll be fine. I haven’t really bottled myself up with the thought of being a champ. I’d be so happy though, ecstatic, it would be such an accomplishment. I’ve won a title in IMSA before but this would mean more than that. And it would mean we have an auto entry to Le Mans, which we’ve really been aiming for.”

Farano has had a lot of learning to do since his LMP3 race debut at the start of last season, to get himself in a position to gun for the title. With the help of Garofall and Van Uitert, Farano feels like a different drive to last season, in which his best result was a sixth-place finish in the final race. 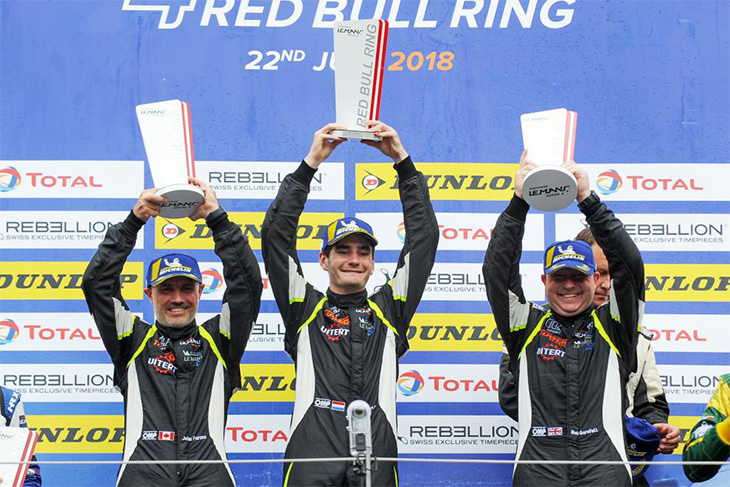 His first ever run in an LMP3 wasn’t that long ago. A friend asked him to test at Snetterton prior to the 2016 season, there he got a first taste of small prototypes. With mainly GT experience prior to that, he explained that it wasn’t easy to get to grips with.

At the trial in Norfolk, not only did he get a taste of LMP3, but also a flavour of what it’s like working with RLR. It’s safe to say he needed little convincing to get a programme together!

“We (Farano and RLR) immediately hit it off and I knew RLR was a team I wanted to get together with. They are honest and they know what I need out of a programme,” he continued.

“I didn’t find it easy to understand the car, I drove a Riley in 2008 in a couple of races, but there was little time in the car. That was the only experience I had in a downforce car, so it took time getting used to the LMP3.

“After the end of last year at Portimao we immediately gathered our thoughts, and when we went back in February I was feeling mentally and physically fit for a new challenge. I went three seconds faster than in October, we started off on the right foot, and because we have fast driver like Job we have to find that balance.

“I’ve had to adapt as a gentlemen driver, but that’s the way to learn.

“I believe that I’ve made gains under Job’s teaching because he understands the data so well, he understands what I need to push the boundaries. I’ve been conservative, particularly since we’ve been leading the points standings because I don’t want to make a big mistake that will make us g, on the other hand, keeps pushing me, Rob does too. I’m able to perform technically now, I could go faster, but I’ll leave that till next year.”

20-year-old Van Uitert, on the other hand, came into this season from a different angle – straight from F4, and with no real idea of how it was going to pan out.

It didn’t take long for him to get up to speed though; his first stint at the start of the 4 Hours of Paul Ricard was a memorable one, Van Uitert gapping the entire field, making sure that the entire paddock knew his name by the halfway mark of the race. It was a faultless performance, which ultimately laid the foundation for the team’s first win. 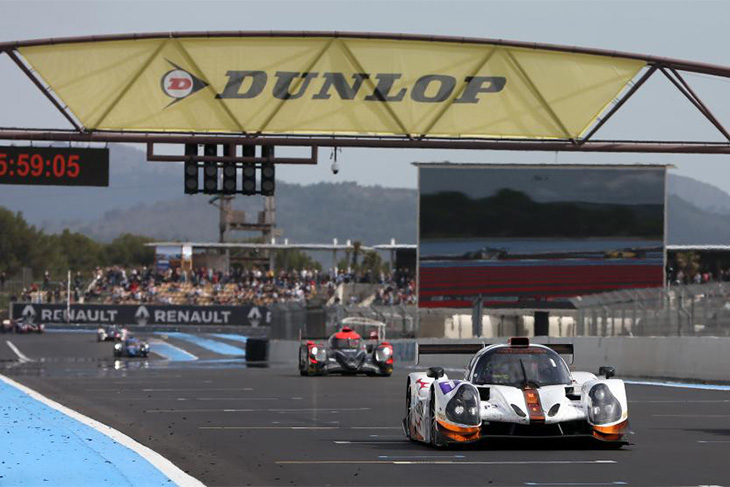 “In Ricard I was surpsised at how quickly my pace came, especially as we didn’t test before the Prologue, it was just me driving the car and finding my feet,” he explained. “It felt good though and I enjoyed it. It all fell into place, like it did later in the season in the Red Bull Ring. Strangely I don’t particularly feel like a different driver than I was in Ricard, now, just more refined.

“It’s been a big step though. The first time I drove the car onto the grid, and I had to walk past all the LMP2 and LMP3s, and I truly realised how many high-level cars and drivers there are in LMP2 and LMP3. Then there’s me from F4, which made me excited. I actually only enjoyed it after the race, looking back, because at the time there’s nerves, and I want to perform so I don’t enjoy it at the time.

“I didn’t think we had a chance at the title heading into the season, as I thought there may be better line-ups than us, with secret Bronzes. I was expecting some teams to be stronger too, especially after Monza where we had a bad result. We’ve been going to tracks that outside of Spa I don’t know, and yet we have a good shot at the title. It’s not a miracle, but there’s been some luck at times that has really helped us.

“After Monza I thought we didn’t have a shot, as I thought if Mondini and Van Berlo make no errors for the rest of the year they can go and take the title. I think it says a lot about us as a trio that we were able to take the 11th place finish at Monza on the chin and keep pushing.

“As for this weekend, I can’t decide if we win the title or not, I just have to drive my stint and put the team in a good place. I will always do my best, I will give it everything. I think we’ll be strong but we just don’t know.” 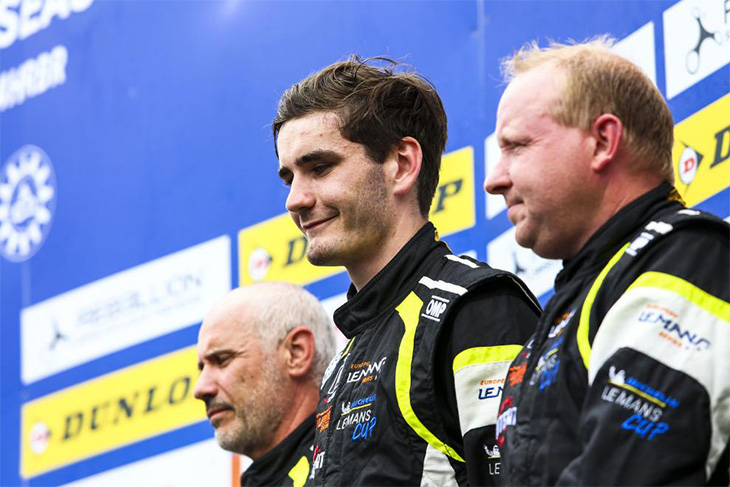 Whatever happens, there’s sure to be fireworks when the teams hit the track at Portimao, the circuit known for producing dramatic sportscar races over the years. And LMP3 may turn out to be the class to watch.

And once Sunday’s race is over there’s plenty of unknowns going forward for Farano and Van Uitert. Farano is looking to make the jump to the ELMS’ LMP2 class, and race at both Daytona and Le Mans as additional races, whatever result the finale brings. But he doesn’t know with whom he will be driving.

Van Uitert too, is in the midst of working out his 2019 programme as he’s understandably in high demand and has plenty of options. LMP2 is the goal, but the championship and team he’ll commit to are still up for discussion.

Will this weekend’s race, therefore, prove to be the final ride for Garofall, Van Uitert and Farano as a trio?

We’ll have to wait and see…