As the industry, media and fanbase digests the additional detail now known on what we should see enshrined into the new regulations that are set to replace the current LMP1 rulebook from the 2020/21 FIA WEC season, the DSC Editor caught up with Toyota Gazoo Racing Technical Director Pascal Vasselon   for some perspective on the journey so far.

Toyota have been one of the principal industry players in taking forward these new regulations Pascal?

“We have been very much involved with the discussions, from the very start. 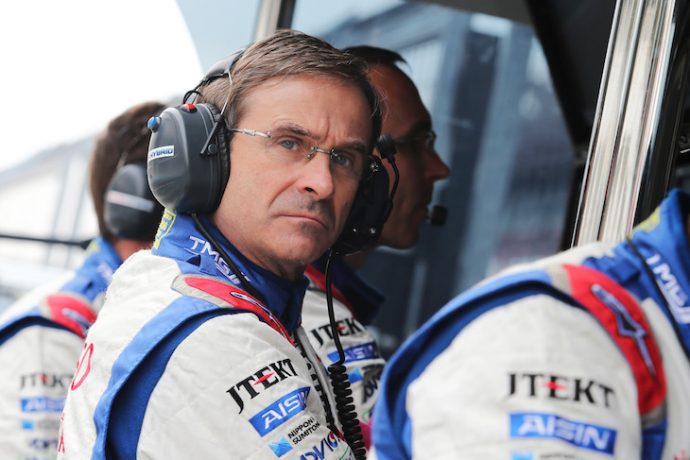 “We have promoted many of the concepts that are now in place in the regulations and believe that, for the first time, a technical regulation has been designed to attract take-up, by manufacturers, and we hope privateers too, with a principle to isolate the main performance aspects of the car, and to provide limits to those factors.

“These limits have been designed to be relatively easy to achieve, and that’s where the cost savings are.

“To put a figure on it is very difficult because you will always find people who will spend more money than the others.

“But, to give an example, the maximum engine power will be 520 kW. This has to be obtained with a BSFC* of 230 which is easy to achieve so it will not be necessary to spend a lot of money to get an engine capable of providing a reliable 520 kW.

“It will be possible to buy that kind of engine off the shelf (as a production engine).

“I’m sure some will want to spend more but it’s pointless!

“With aero it is the same, the new regulations set a level of aero efficiency of ‘4’, the current car is at 6.5! Again it is relatively simple to achieve the level that will be mandated in the new regulations with a couple of good guys. Of course, you can have 20 people working on it, but it will not buy you an advantage!

“That is the clever, and unique, part of these new rules, you will be able to be competitive in each area of the car without spending a lot of money.”

And the performance levels are such that any team wanting to join in year 2 do not have the huge technology leap to make that was the case with a late adopter of the current LMP-H regs?

“Absolutely, there should be little or no performance gain year on year, the regulations have been written to concentrate on close competition and not to allow big performance gains.

“That should allow teams, if they want to, to run a little late and still catch the train! With the current cars that would have been very difficult without huge budgets, we were finding around 2 seconds (per lap) every year, that was a very big task for a new entrant!” 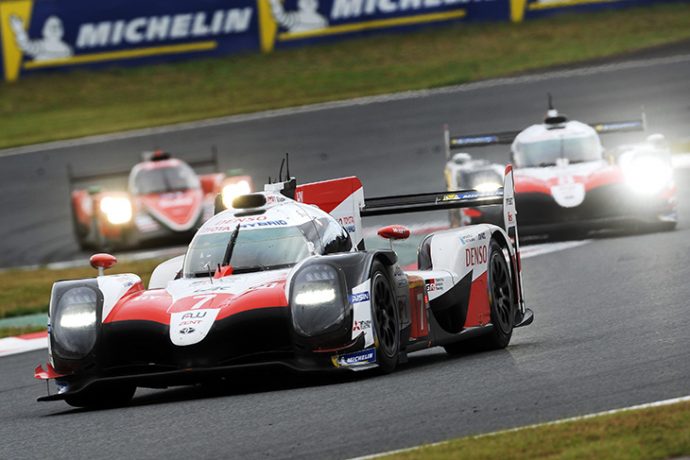 Aside from the performance controls the other major initiative in the new regulations is to put a capped market rate on hybrid systems for private teams?

“Yes, for me this is the first time ever that private teams will be able to purchase all of the elements of a hybrid protoype programme, off the shelf, and then be ultimately competitive!

“They will genuinely have that opportunity, with no performance gap between their cars to the factory teams.”

Toyota have, for some time, seen their endurance race programmes as part of their R&D programme for the road cars, this seems to be a direction for the regulations that reels that in somewhat.

“You’re correct, we have always pushed for the technology to be of the highest level but we have to accept that for the moment the first priority is to bring more competitors to the Championship. We have said repeatedly that we are here for the long-term.”